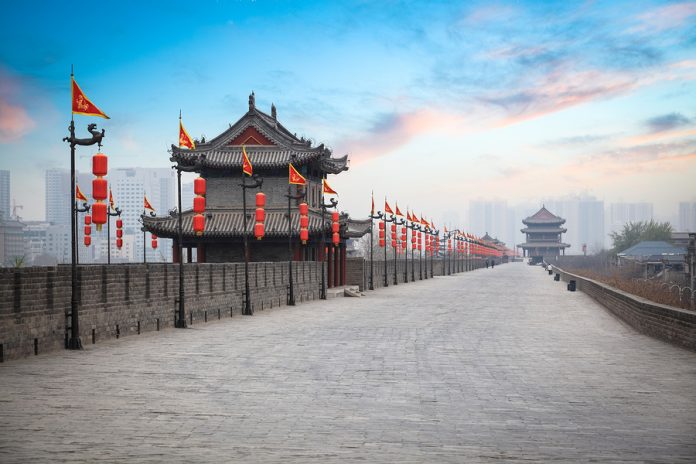 2015 and 2016 have proven to be monumental years in China’s challenge to the global economic order. The approach taken by the sovereign differs dramatically from virtually all other post-communist economic system reform paths seen to date.

The developing countries of the world have entered into an increasingly globalized market under the rules dictated by the post-Bretton Woods monetary institutions, such as the International Monetary Fund (IMF), World Bank, and increasingly, the Bank of International Settlements (BIS). Each has had to navigate a system composed of rules and regulations in which they had little say over in their establishment, and enjoy limited influence of at present. China stands out as arguably the most successful country at navigating this system, and its four decades of breakneck growth are evidence of this fact.

The Chinese system consists of a peculiar blend of state institutions with strong directional credit towards industry, a growing service sector composed of successful private companies, the central bank, and other key banking institutions that remain fully state-owned. While China’s economy has liberalized in many areas, money supply, credit, and bond issuance remain mostly a state affair. The Finance Ministry’s approach sheltered the country when speculative hedge fund attacks destabilized the Tiger economies in 1997, and then unexpectedly triggered a default on Russian sovereign bonds in 1998. It was the same type of crisis that previously provoked currency crises in the United Kingdom and Sweden against which the Chinese successfully defended themselves.

The United States is a key enabler of China’s unprecedented economic success, and yet also remains its greatest opponent as the Asian giant seeks to enter global markets. The rivalry is observed in US commentary on Chinese financial policy and currency valuation. This is highlighted through multiple ongoing “proxy” energy conflicts in Africa and Washington’s outspoken resistance to Chinese participation in Bretton Woods institutions.

As always, China remains committed to a long-term strategy, and this strategy has brought the country critical successes in 2016 – the significance of which are little understood outside the financial industry. Importantly, many of China’s successes within the framework of its globalization strategy are interconnected more than most realize. The choreographing of China’s strategy is culminating in what the government has termed the One Belt One Road initiative, comprising the land-based Silk Road and Belt (SREB) and the Maritime Silk Route. This initiative has tightly integrated China‟s conceptual approach, whilst simultaneously underpinning the country’s all-important domestic economic realignment.

The SREB and its multiple nodes run through the continents of Asia, Europe and Africa, connecting Eurasia’s Pacific and Atlantic coastal rims via the establishment of economic trade corridors. At one end lies the developed European economic region, and at the other the engine of global growth for the next half century – Asia. More specifically, the Silk Road Economic Belt focuses on economically integrating China, Central Asia, Russia and Europe (the Baltics) through trade, thus linking China with the Persian Gulf and the Mediterranean Sea through Central Asia and the Indian Ocean. In tandem with the SREB, the 21st-Century Maritime Silk Road is designed to connect China to Europe with one lane passing through the South China Sea and the Indian Ocean, and the other from China’s coast through the South China Sea to the South Pacific.

Chinese President Xi Jinping first announced the SREB concept publicly during a September 2013 visit to Kazakhstan. In a speech delivered at Nazarbayev University, Xi suggested that China and Central Asia cooperate to build a Silk Road Economic Belt. This was the first time the Chinese leadership had publicly shared  its strategic vision.

China’s strategic concept has, as one might anticipate, evolved and mushroomed since its 2013 announcement. The foundations of the strategy, however, remain firm. The Silk Road initiative intends to enable not only the linkages discussed above, but also China’s overarching challenge to contemporary world order. China has laid the groundwork to achieve this goal incrementally over the last two decades. The world is currently witnessing the galvanization and culmination of those plans. A forthcoming special report by ISS Risk: China’s Challenge to the World Economic Order connects the dots that have appeared over the years and explains where this strategy is ultimately heading in regard to Beijing’s game plan for achieving economic hegemony.

The following milestones illustrate just how far China has already come in its plans:

The authors are Phill Hynes and  Erik Hakans, analysts at ISS Risk, a frontier and emerging markets political risk management company headquartered in Hong Kong, and covering North, South and Southeast Asia. For pre-orders of the ISS Risk Special Report: China’s Challenge to the World Economic Order, please contact us on [email protected]