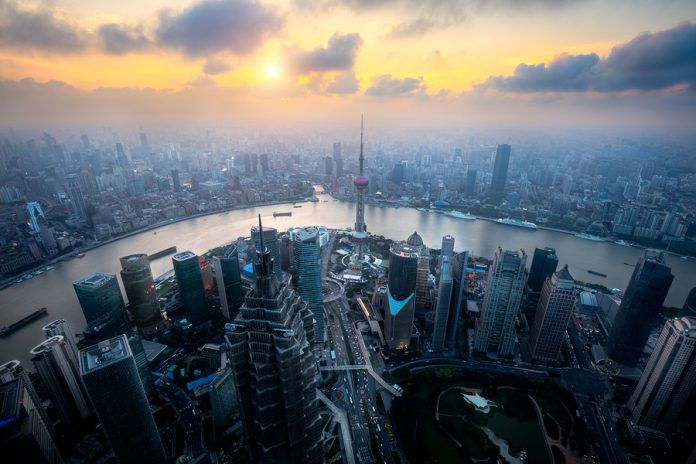 Blackrock: Chinese equities are an attractive, and under-owned asset

However, certain investors are still wary about investing in China over concerns such as:

Opportunity in the name of Consumerism in China

However, looking at the other side of this coin, we see opportunity in the name of consumerism, in China. The consumer sector, especially consumer staples, should gain even more prominence amid the first concern listed above, as it is well-shielded from any additional tariffs or border tax imposed on China’s exports. MeiHua Holdings Group (SHA: 600873), a China-based manufacturer and distributor of biological fermented products, is currently trading at an attractive forward valuation of 2.7 times earnings. The stock has yielded about 6% return YTD at the Shanghai Stock Exchange.

This emerging market (EEM) (VWO) is focused on letting consumerism drive its growth engine, while export-orientation takes a back seat. Consequently, with time, trade should become a smaller growth driver for China. The country is now preparing to be the world’s largest consumer market over the next 2-3 years, said Sun Jiwen, spokesman for the Ministry of Commerce in mid-February.

In its whitepaper ‘The Chinese Consumer in 2030’, the Economist Intelligence Unit makes the case for consumption driving economic growth in China. The paper projects an annual 5.5% growth between 2016- 2030, eventually accounting for 50% of China’s economy.

China’s population is young. Millennials aged 18-37 constitute nearly 1/3rd of China’s total consumers. More so, incomes are rising. According to Goldman Sachs, the Chinese millennials’ (born in the 1980s and 1990s) aggregate income should rise to $3 trillion as average annual incomes increase from $5,900 to $13,000 by 2025.

Consumerism has come a full circle in China

Moreover, consumerism has come a full circle in China, a recent and noteworthy trend.  Consumer preference is gradually shifting back from mobile screens to real-world shopping. The millennials (1/3rd of China’s consumers) seem to have a tendency to spend more time and money on experience-based consumption such as shopping at physical stores, traveling and dining out. Retailers and brands are, thus, already modifying their strategies accordingly. For example, Alibaba Group Holdings (BABA); after tying up with the department store chain, Intime Retail Group Co. Shanghai Malianghang (Hong Kong) Design Co Ltd (INTIF); has opened up its first retail store in Shanghai, with plans to open up 30 more over the next 2-3 years.

Consumer sector firms at attractive valuations grab the spotlight here. We should see investor focus shifting from the ‘old economy’ sectors such as materials, industrials, and financials, to ‘new economy’ consumption-driven sectors such as technology and services. Listings from consumption-driven sectors in China accounted for half of the IPOs in China’s A-share market in 2016.

Looking further ahead, China’s onshore and offshore markets are set to converge. Policymakers in China are already pressing for reform in this area. The inclusion of China’s domestic A-shares in indexes should help the economy attract a more stable and less speculative investor base. It should also help enlarge China’s representation in global capital markets.

The emerging market consumer focused index, the Dow Jones Emerging Markets Consumer Titans 30 Index has a 21.03% allocation to China. JD.com (JD) and Ctrip.com (CTRP) figure amongst the top ten components of the index.

China’s automobile market shows some promise on the valuations front. While the automobile market in China’s first and second-tier cities is saturated, market demand in third and fourth tier cities is developing rapidly, giving ample opportunity to automobile and auto component players such as the Great Wall Motor Co. (GWLLY) (SHA: 601633), SAIC Motor Corp (SHA: 600104), Chongqing Changan Automobile Co (SHA: 000625), and Huayu Automotive Systems (SHA: 600741). These companies are currently trading at forward valuations of 10.99x, 8.02x, 6.6x, and 8.7 times earnings, respectively. Stocks of these companies have returned 17.4%, 10%, 8.9%, and 6.4%, respectively, to investors YTD at the Shanghai Stock Exchange. Great Wall Motor’s ADR, GWLLY has returned 26.25% YTD at the US exchange.

Among the utilities, SDIC Power Holdings Co (SHA: 600886) trades at 9.8 times earnings (forward) against an average of 16.8x and has returned 5.7% YTD. Consumer discretionary stocks such as household durables manufacturers Midea Group Co. (SHA: 000333) and Qingdao Haier Co (SHA: 600690) sport relatively favorable valuations at 11.6x and 14x times earnings (forward), respectively, against an average of 23.6x among Chinese consumer discretionary plays. Returns for these stocks stood at 13.7% and 34%, respectively, YTD.