Under the doctrine of “America First,” the Thai military regime has enjoyed warming relations with the United States. However, economic and development opportunities with China have pulled Thailand into China’s orbit. Does the U.S. have the chance to increase its engagement in Thailand – or will China emerge as the preeminent economic and security guarantor in Southeast Asia?

Following the Thai military coup in 2014, the United States withdrew support its support for the new military regime. The US canceled a series of visits, downgraded its level of engagement and suspended military assistance to this country. Joint military exercises proceeded as planned, but on a smaller scale and under restricted conditions. Since 2013, US participation in the exercises has dropped to an annual commitment of 3,600 troops, down from 9,500.

However, by emphasising “America First,” the Trump administration has shifted US foreign policy priorities to emphasize American trade and strategic interests over democracy and human rights. The US-Thailand relationship has gradually thawed, and both countries are resuming strategic dialogues and military interactions. In February, the US Pacific Command chief Admiral Harry Harris attended this year’s Cobra Gold joint military exercise, while in August, the Defense Security Cooperation Agency approved the sale of Harpoon Block II Missiles to Thailand.

In a joint statement between Thailand and the US made at the recent Trump-Prayut White House summit in early October, both sides committed to further defense cooperation. The statement emphasizes in particular the larger role Thailand is expected to play in resolving tension on the Korean Peninsula and in the South China Sea.

In the economic realm, the US anticipates an increase in Thai imports of US goods and investment in the United States to underpin an expansion of trade ties with Bangkok and create more US jobs. For Prayut’s regime, these renewed commitments can help the developing Thai economy and bolster the legitimacy of the military regime. 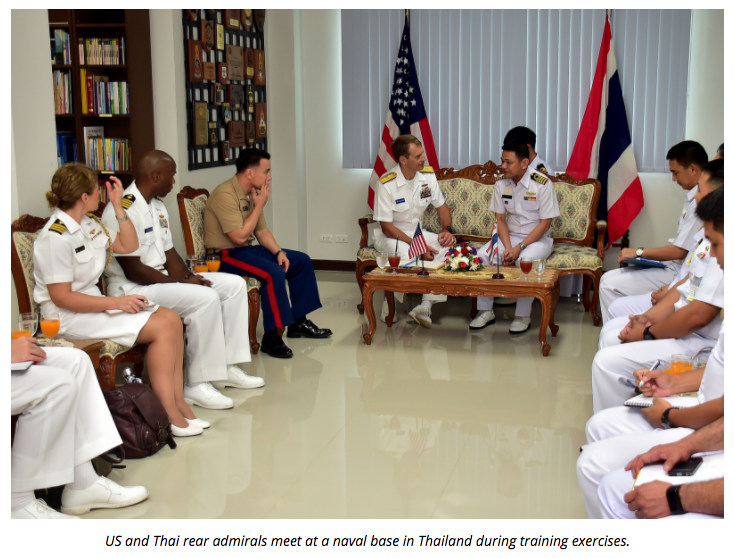 Washington’s criticism of the 2014 coup, its reduction in military assistance to Bangkok, and its decision to withdraw from the Trans-Pacific Partnership have all pushed Thailand closer to China economically and strategically.

The Chinese economic footprint in Thailand has rapidly expanded in the last ten years. From 2006 to 2016, Chinese foreign direct investment in Thailand increased from 1 to 15%, supplanting the US as one of Thailand’s top economic partners. In addition, Thailand has become an important consumer of Chinese arms and military equipment. For instance, Thailand signed an order for 28 VT-4 battle tanks and approved a bill to buy a Chinese submarine.

Because of its pivotal position, Thailand plays an important role in China’s “One Belt One Road” initiative. Economic engagement with China promises several development opportunities, including the construction of the Kra Isthmus Canal and a high-speed rail line. For China, a canal in Kra Isthmus connecting the Andaman Sea in the Indian Ocean to the South China Sea would create an alternative to transit through the Strait of Malacca. Currently, nearly one-third of global trade and one-third of all oil and natural gas pass through the Strait—a critical vulnerability in China’s energy supply chain.

The Sino-Thai high-speed rail line would create an invaluable land route linking China’s Yunnan province to the canal, Singapore, and the Strait of Malacca. The two projects would strengthen Thailand’s role as the transport hub in the region, boost its economic growth, and contribute to the Eastern Economic Corridor project. 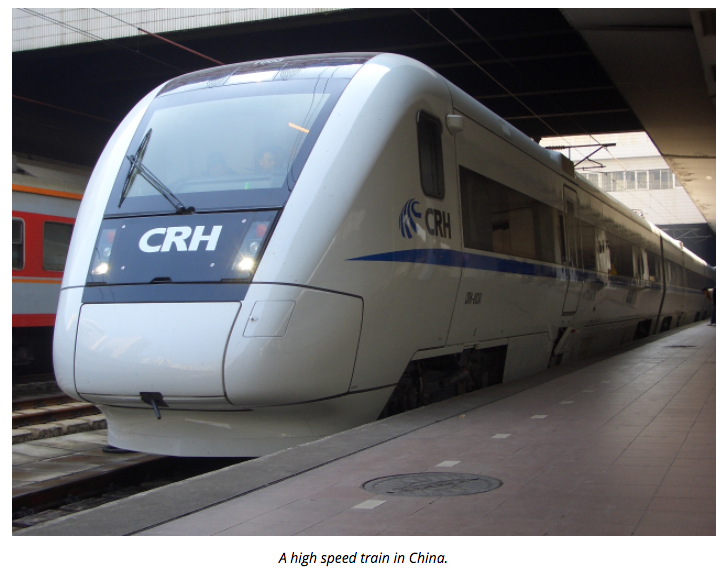 The foundations laid by the Trump-Prayut summit present an opportunity for both sides to benefit and expand. For the Trump administration, it could provide precisely the reversal the US needs for its strained alliances in Southeast Asia. The Thai government under Prayut could use this opportunity to address key economic and security concerns and recalibrate Thai foreign policy to more carefully balance its interests between China and the United States.

Trump’s upcoming attendance at the Asia-Pacific Economic Cooperation summit and the East Asia Summit in November will be a valuable opportunity for US to lay out its approach toward Thailand and Southeast Asia, as many have perceived the summits as a litmus test of US engagement.

Even though some improvements have been made in repairing the relationship between these two countries, other strategic challenges will take longer to resolve. The United States remains concerned over Thailand’s close relationship with China and Thailand must navigate the many uncertainties surrounding the Trump administration’s policy in Asia.

Although Bangkok has thus far remained neutral in regional competition between China and the United States, conflict in the region could disrupt this delicate balance. Because Thailand is neither a claimant in the South China Sea disputes nor taken a strong stand against China’s growing military presence in the region, where it falls in the balance between the United States’ and China’s regional influence will depend on how each side nurtures opportunities like the Trump-Prayut summit.

Qi Lin is an analyst at Global Risk Insight. As originally appears at: http://globalriskinsights.com/2017/10/trump-engages-thailand/