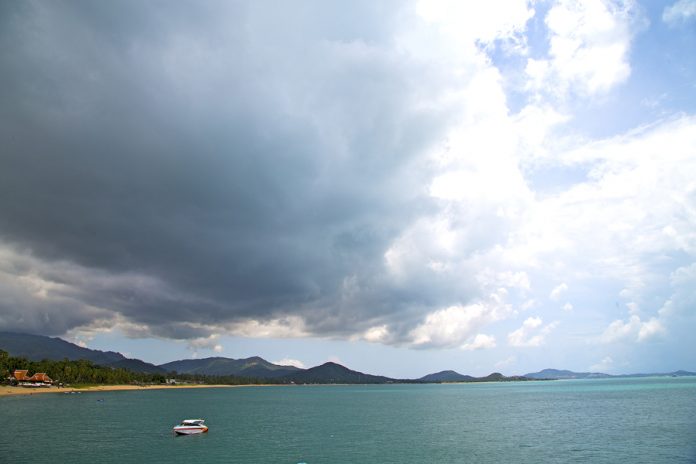 Despite upcoming talks, Manila’s deferential stance to Beijing, and wider ASEAN disunity, mean no end in sight for China’s island-building in the South China Sea. Yet those islands will destroy the coral reefs they are built on, and the very fish stocks China wants to control in the first place.

Chinese and Filipino diplomats are still deciding when and where to pick up talks on the South China Sea in 2018, but in terms of substance, the two sides are already on the same page. Li Keqiang of China and Rodrigo Duterte of the Philippines spent the 31st ASEAN summit in October jointly insisting a “code of conduct” could stabilise tensions in the South China Sea – but failed to mask the lack of real progress.

The current state of affairs already represents a major diplomatic victory for Beijing. The Philippines, host of this year’s ASEAN summit, has effectively abandoned an unequivocal 2016 ruling in its favour from the Permanent Court of Arbitration (PCA) over China’sconstruction of artificial islands in disputed waters.

China rejected the validity of both the ruling and the PCA’s authority, but the Philippines and its ASEAN partners also failed to stand by the decision. Among member states, only Vietnam has come out in direct support of the PCA decision. China already ignores a 2002 declaration of conduct applying to the South China Sea. There is no indication any new code would be more binding.

This is unfortunate, because the PCA ruling addressed some of the most urgent ramifications of China’s actions in the region. It was particularly scathing in regard to environmental violations, stating “China had caused severe harm to the coral reef environment and violated its obligation to preserve and protect fragile ecosystems and the habitat of depleted, threatened, or endangered species.”

The inherent irony of the dispute is that dredging the sea floor to construct artificial islands endangers the very fisheries Beijing seeks to control. China’s own territorial waters are dead zones as a result of overfishing and industrial pollution, one of the main drivers for China’s claims in the South China Sea. Despite this, China marked the end of the summit (and last month’s visit from Donald Trump) by launching its new “magic island-maker” in a clear sign the island-building campaign is far from over.

Not that China is solely responsible. The failure of ASEAN to present a united front puts the resource-rich waters and the millions who rely on their declining fishing stocks for food and employment at risk. By leaving member states to fend for themselves against China, the bloc is undermining its own commitments to support environmental conservation and sustainability as well as international law.

Preserving fish stocks and the ecological balance of the region as a whole requires concerted multilateral action of the sort current tensions render impractical. As early as 1992, scientists were proposing that the Spratley islands be designated as an international ecological marine park. At that point, the islands were not much more than atolls and rocks incapable of sustaining human habitation.

Since then, attempts at preservation have largely been unilateral and confined to respective Exclusive Economic Zones. As of late 2016, the Philippines intended to declare a marine sanctuary and no-fishing zone in the area that it claimed as its own, in spite of competing Chinese claims.

Worse, the destruction is not exclusive to China. Malaysia, Vietnam, the Philippines and even Taiwan have built airstrips and artificial islands on atolls in the South China Sea, destroying coral reefs in the process. Through its “Island Tracker,” the Centre for Strategic and International Studies (CSIS) has attributed ten such reclamation projects and 120 acres of reclaimed land to Vietnam alone – although it does consider Vietnam’s methods less destructive than China’s.

Even so, the overall ecological costs are substantial. Destroying atolls means destroying natural habitats for over 6,000 species of fish. Thanks to overfishing and environmental degradation, fish stocks in the region have plummeted: overall decline since the 1950s falls somewhere between 70% to 95%. In the 1970s, a Filipino fisher could count on an average daily catch of 20kg. Today, that number stands at less than 5kg.

Coral destruction only aggravates the impact of illegal, unreported and unregulated (IUU) fishing, which CSIS calls “a direct and indirect national security threat” in a report released this month with support and collaboration from the Philip Stephenson Foundation.Chinese fishers have to go farther afield to make a living. Accusations of IUU fishing have followed them, not just in the South China Sea but also in West Africa and South America.

These economic concerns could have serious political ramifications. In an era ofincreasing socio-economic inequality, Beijing obviously seeks to sustain its fishers’ livelihoods. The Chinese fishing industry directly employs between 7-9 million Chinese (in and beyond the South China Sea) and contributes as much as $279 billion USD to the national economy on a yearly basis.

ASEAN fishers are just as vulnerable to the threat of unemployment. The South China Sea may be the conduit for $5.3 trillion in annual international trade, but its struggling fisheries also employ at least 3.7 million people across littoral countries. Duterte’s deference to Beijing may partially be a bid to win concessions for Filipino fishers kept away from key fishing grounds by Chinese encroachment. That strategy has secured at least some successes, such as reopening the Scarborough Shoal to Filipino fishing boats.

With political and diplomatic avenues coming up short, other parts of the globe may offer alternative ideas on how to proceed. In the less geopolitically sensitive Caribbean, governments and international organisations work with non-governmental organisations (NGOs) to identify and implement proactive solutions.

Examples include Dr. Sylvia Earle’s Mission Blue, a project aiming to create a “worldwide network of marine protected areas.” Together with the Philip Stephenson Foundation, Mission Blue president recently hosted a gathering on the Caribbean island of Petit St. Vincent that promoted the goal of making 30% of the world’s oceans “fully protected” by 2030.

The choice of venue is significant, as these and several other NGOs (including CLEAR Caribbean and the Nature Conservancy) are also involved in coral planting there. Thanks to their political neutrality, environmental NGOs may offer a mutually acceptable path to ecological solutions in the South China Sea.

ASEAN and the Philippines have demonstrated their inability to stand by the PCA ruling. Non-state actors could have an easier time fostering initiatives to save coral reefs and the region’s fisheries. If successful, those projects could constitute the first steps to addressing the legal and geopolitical tensions bedeviling ASEAN governments.