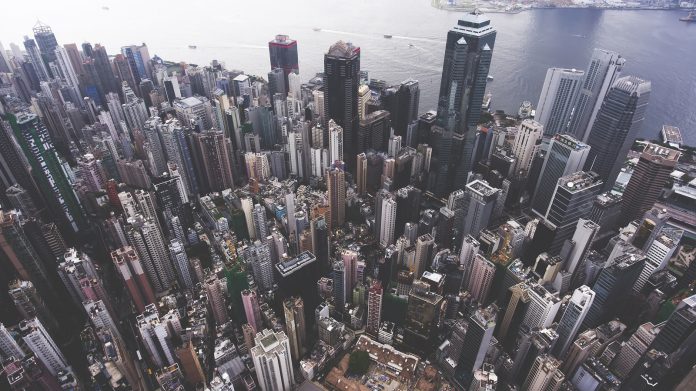 A company in northwest China that has gained notoriety for its verbose name – ‘There Is a Group of Young People With Dreams, Who Believe They Can Make the Wonders of Life Under the Leadership of Uncle Niu Internet Technology Co. Ltd.’ – will have to change its name in the wake of new company naming regulations.

The Rules for the Prohibition and Restriction of Enterprise Names, released by China’s State Administration for Industry and Commerce (SAIC), ban businesses from registering company names authorities consider “weird”, overly long, politically sensitive, or mimicking existing brands. Businesses already registered with names authorities deem inappropriate may be compelled to alter them. The new rules came into effect on July 31, 2017.

While authorities mainly designed the regulations to curb unwieldy and outlandish names – Uncle Niu’s registered name is 39 characters in Chinese – foreign companies should consider whether the new rules could affect their brand. Existing businesses whose names include puns or religious references, for example, could run into problems with the new rules, while new registrants will need to consider the guidelines when entering China.

Names now banned by the regulations

The regulations ban names that are entire sentences or paragraphs, like that of Uncle Niu. There is no formal character limit on the length of permitted names; rather, it appears that local regulators will have discretion to determine if they are compliant.

The rules also ban names that are “too weird”, which is a more subjective designation. Media outlets and social media users have uncovered numerous examples of company names that authorities might consider “too weird”, including:

Although many of the above company names appear nonsensical, there is business logic behind some of them. For example, “Shenyang Prehistoric Powers Hotel Management Limited Company” is a reference to the Chinese swimmer Fu Yuanhui, who attributed her Olympic success to channeling prehistoric powers. Businesses that include cultural references and internet memes such as “prehistoric powers” as a way to market themselves may now find themselves in the crosshairs of AIC regulators.

Under the new guidelines, other types of banned company names include those that contain:

While the new guidelines add a variety of rules to company naming in China, the SAIC most likely designed them to filter out egregious and politically sensitive names, rather than to strictly regulate the naming process. In addition to eliminating duplicate names and intellectual property infringers, the guidelines aim to limit the potential for company names that authorities may find embarrassing to China.

China seems determined to save face linguistically and architecturally as well. Earlier this year, authorities released new standards for the use of English translations on public signage in an attempt to curb China’s infamous “Chinglish” mistranslations. Last year, authorities also banned the construction of “bizarre” buildings after both domestic and international observers derided numerous questionably designed buildings across China.

Allan Xu, Business Advisory Services Manager at Dezan Shira & Associates, notes that the new rules are part of a larger effort to manage China’s sprawling private sector. “Every day, more than 10,000 new companies get registered in China, resulting in a total amount of about 30 million nationwide. This huge number makes it difficult for new companies to find a name that is not similar to any of the existing ones.”

To prevent duplicate names, last year the SAIC established the “Enterprise Name Query System”, which enables companies to check their prepared names online. The SAIC also recently issued the Rules for Comparison of Similarity between Enterprise Names, which also seeks to streamline the naming process by limiting duplicate and similar sounding names.

The new guidelines underscore the intricacies of naming a company in China – which foreign businesses find especially challenging. Just as Chinese companies translating their names literally into English can find their brands sounding awkward or in some cases offensive, foreign companies opting for literal translations can run into similar situations.

Although a direct translation can sound innocent on the surface, a name might unintentionally be associated with an offensive or absurd word or phrase, given the similarities in Chinese characters, tones, or cultural symbols. For example, the French auto company Peugeot’s Chinese name, Biaozhi, can sound similar to the word for prostitute (Biaozi).

Many foreign companies localizing their products to China strive for a name that sounds phonetically similar to the original, but also captures the essence of the product. One well-known example is the soft drink Coca-Cola, whose Chinese name Kekoukele means “Tasty Fun”. The home sharing company Airbnb tried to use this strategy earlier this year when announcing its Chinese name, Aibiying (“Welcome each other with love”), but Chinese netizens ridiculed it, saying the name was hard to pronounce and sounded like a sex product.

Navigating the various considerations of naming a company in China just got more complicated with the new restrictions. Xu warns that “Based on China’s new regulations on naming enterprises, there is a possibility that foreign companies with puns, cultural references, or religious undertones, among other features, could have their names rejected during the registration process. Getting approval will depend on the extent of their compliance with rules, the existence of companies with similar names, and the discretion of local government authorities.”

Further, even if the local branch approves a name, authorities could review it again in the future. Xu continues, “Any organization or individual who thinks a registered enterprise name is inappropriate may request the registration authorities to correct it. As such, a strange, controversial, or provocative company name might be problematic for businesses.”

Beyond complying with the new enterprise naming restrictions, preexisting laws stipulate that a name must consist of more than two Chinese characters. The SAIC does not accept names containing foreign languages or alphabets, as well as numbers and special characters. Before submitting the application, businesses can conduct a preliminary check through the local Enterprise Name Query System to identify similar company names that are already registered. Further, businesses should prepare at least five potential names for AIC approval.

Naming companies in China is a delicate art, and foreign entrants now have additional considerations when developing their local name. Foreign businesses looking to develop a Chinese company name that both captures their brand and complies with government regulations should enlist professional consultation services to successfully localize their name to China’s unique business environment.