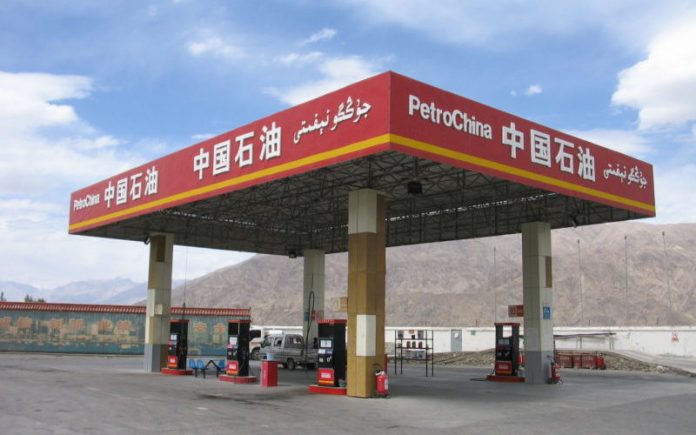 Although China has backpedalled on proposed tariffs on U.S. crude imports, the move is indicative of its need to diversify sources and steps may now be taken to enable China to play the oil card in the future – including imports from Iran despite sanctions, and drawing closer to Russia.

A reshuffle of crude oil exports to Asia

Asian oil refiners have been rushing to secure crude supplies in anticipation of an escalating trade war between the United States and China. Last week, Dongming Petrochemical, an independent Chinese refiner, said it has halted crude purchases from the U.S. and turned to Iranian imports amid escalating trade tensions between Beijing and Washington. U.S. crude oil exports to China reached 400,000 barrels per day (bpd) at the beginning of this July, but Beijing has recently threatened a 25 percent duty on imports of U.S. crude as part of its retaliation for Trump’s latest round of tariffs on US$34 billion worth of Chinese goods. In addition, Iran’s foreign minister said on 3 August that China was “pivotal” to salvaging a multilateral nuclear agreement for the Middle Eastern country after the United States pulled out. A reshuffle of crude oil exports to Asia is possible, with China vacuuming up much of the Iranian oil that other nations won’t buy because of the threat of U.S. sanctions.

China, India, Japan and South Korea together account for almost 65 percent of the 2.7 million barrels a day that Iran exported in May. The U.S. has been lobbying these countries and other multinational oil giants to cut crude purchases from Iran to zero by November, the deadline for re-imposition of the secondary sanctions. In view of the current trade disputes with the U.S., China has reacted defiantly to U.S. sanctions banning business ties with the Islamic republic. This could be the determining factor in helping Tehran withstand the sanctions on its vital energy industry.

With China turning to Iran, U.S. oil would start flowing in greater amounts to other leading importers in the region, such as Japan and South Korea. In Japan, the oil industry has yet to respond to this issue publicly. The Petroleum Association of Japan previously warned refiners that they will have to stop loading Iranian crude oil from October onward if Tokyo doesn’t win an exemption on U.S.-Iran sanctions. However, this past weekend,South Korea’s embassy in Iran rejected media reports that the country had suspended oil purchases from Iran under pressure from the U.S. Whether Japan and South Korea would seek more crude imports from the U.S. remains to be seen.

China may have Russia on its side

The sanctions imposed on Russia from the West as well as the trade tensions between China and the U.S. may provide even more room for energy cooperation between China and Russia. Russia’s sour relationship with the West forces it to look for new trade and investment partners, which definitely include China and Middle East countries. Russia has already become China’s single largest crude oil supplier, exporting crude oil worthUS$23.7 billion to China in 2017. Now with China possibly cutting imports from the U.S., Russia may seek to export even more crude oil to China.

On 19 July, China received the first ever liquefied LNG cargo from Russian natural gas producer Novatek via the Northern Sea Route (NSR) alongside the Arctic coast. The $27 billion Yamal project is the world’s largest Arctic LNG project and the first large-scale energy cooperation project to be implemented in Russia after the “Belt and Road” initiative. China’s National Energy Administration said China National Petroleum Corp (CNPC) will start lifting at least 3 million tonnes of LNG from Yamal starting in 2019. Therefore, it’s highly possible that China and Russia will deepen their cooperation in liquefied natural gas (LNG) trade despite U.S. sanctions.

In addition, according to an anonymous Russian government official, Russia is ready to invest US$50 billion in Iran’s oil and gas sector amid mounting pressure from the U.S. to economically and diplomatically isolate Tehran. Russia’s energy minister Alexander Novak said that Moscow was interested in developing an oil-for-goods program that would allow Iranian companies to buy Russian products in exchange for oil contracts to be sold to third world countries. This was evidence of Russia’s consistent strategy of using its strong oil and gas industry to meddle in Middle East issues. Under the current situation, even though China may somehow reach an agreement with the U.S. promising that it will cut oil imports if the U.S. is willing to reduce the trade tariffs, in the short-term China is still likely to get Russia on its side in defiance of the U.S. oil campaign.