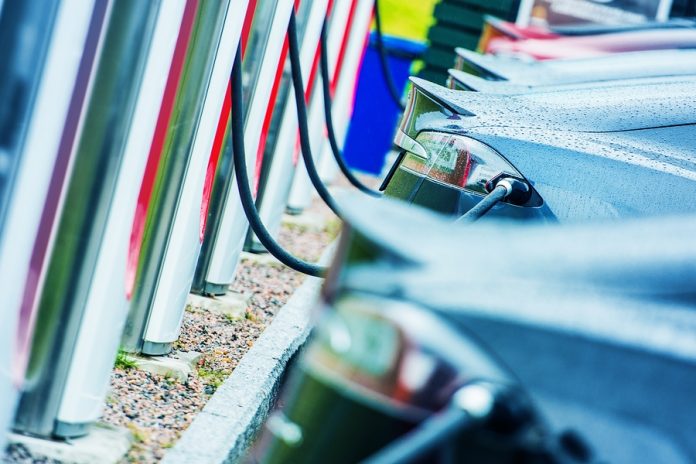 The electric vehicle (EV) industry is just one priority area of the country’s ‘Made in China 2025’ industrial strategy, which aims to transform China from a low-end manufacturer to a high-end one. Yet, the government’s goals for the industry are staggering: its target is to have five million electric vehicles on its roads by 2020, up from one million today.

Fierce global competition in this industry is already under way as producers vie for their share of the what is predicted to be a US$25 billion global industry by 2020.

In previous decades, Japanese and South Korean producers, such as Japan’s Panasonic and South Korea’s LG Chem, dominated the battery industry. Panasonic is still the world’s largest supplier of EV batteries globally; it is currently building the so-called Gigafactory in Nevada, US, with US-based EV producer Tesla.

However, Chinese champions Build Your Dreams (BYD) and Contemporary Amperex Technology Co. Limited (CATL) have nearly caught up and are now two of the world’s top-five lithium battery makers. BYD, which is based in Shenzhen, is also a big player in the EV industry and is able to take advantage of the benefits of this vertical integration.

CATL, based in Ningde, is China’s fastest growing battery producer and had the capacity to produce 7.6 gigawatt hours (GWh) of batteries in 2016. Due to China’s big push, it is predicted that CATL will surpass Tesla’s ‘Gigafactory’ by 2020. Tesla has a target to produce at a capacity of 35 GWh by 2020, compared to 50 GWh for CATL and 12 GWh for BYD.

Other Chinese producers are also competitive. Lishen, based in Tianjin, has a target to produce 20 GWh by 2020. As well as expanding production domestically, CATL is also expanding its production abroad so that it is strategically located to do more business with foreign EV producers.

With large capital investments by battery producers, global battery production capacity has more than doubled to 125 GWh over the last three years. Analysts predict this figure to double again to over 250 GWh by 2020.

As Chinese battery producers, including CATL, BYD, and Lishen, continue their rise, and battery production shifts from Japan and South Korea to China, analysts expect China to go from currently producing 55 percent of global lithium batteries to 65 percent by 2021. It is quite clear that China recognizes the opportunities in the rapidly growing battery industry and does not plan to miss out on these opportunities.

Challenges for the domestic industry

While the battery industry has strong growth potential, it faces a number of challenges. Solutions and technologies to overcome these challenges will need to be developed if the industry is to be sustainable both in China and globally – this is a space where foreign manufacturers, suppliers, and consultants can collaborate.

Despite growing demand from the EV industry, there are production capacity concerns in China’s battery industry. As producers race to increase capacity and seize upon the opportunities presented by the EV market, there are overproduction concerns with 25 KWh batteries; the low-end segment of the market.

However, at the same time, there are underproduction concerns with the 75 KWh and 100 KWh batteries – the high-end segment of the market. Premium electric vehicles, such as Tesla vehicles, require the high-end batteries. High-end battery producers in the domestic market are in a strong position because they are faced with a high demand for their batteries.

To allow electric cars to go farther on a single charge, a critical factor for batteries is their energy density. For now, China lags behind South Korean producers in terms of the capabilities and technology to provide greater energy density, according to Bernstein analysts. The frontrunners in the market are LG Chem, Samsung SDI, SK Innovation, and Panasonic, with Chinese suppliers playing catch-up, the report says.

Many observers feel Chinese producers need to develop their technology and capabilities if they are to get the full attention of EV producers, especially foreign EV producers.

Due to advances in battery efficiency gained from developments in technology, significant progress has already been made by the industry, with global battery prices falling by roughly 80 percent (from US$1,000/KWh to US$227/KWh) between 2010 and 2016. Even at US$227/KWh, a 60 KWh battery is a US$13,620 component of a car. A 60 KWh battery is the typical sized battery used in an EV.

However, further reductions in battery prices will be required and the Chinese government is aware of this. A target to halve battery costs is among national 2020 targets. Based on current projections, battery prices could fall below US$100 KWh by 2030, which will mean some EV and ICE models will have price parity. That could be the start of a ‘tipping point’ for EV sales.

Even if EV models do have price parity with ICE models, there will be other obstacles that could prevent consumers from switching from ICE vehicles to EVs. These obstacles include the lack of EV charging infrastructure, the time taken to charge a battery, and the relatively low power density of batteries.

Moreover, the existing power density of batteries is about half of what is needed to sustain driving ranges of 400 kilometers, which many consumers want. One of the Chinese government’s targets is to improve energy by two-thirds by 2020.

For China, the development of new technologies and the ability to produce high-end batteries will be of critical importance if it is to realize its ambitions to dominate the global EV battery market. It is in these areas where China can benefit the most from foreign investment.