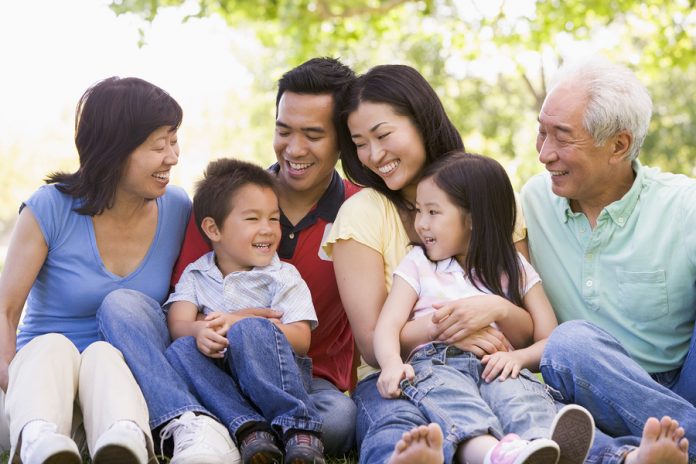 Social security is a complicated but unavoidable issue in employer-employee relationship management for businesses operating in China. With labor costs continually rising and economic growth slowing, it is not uncommon that companies may endeavor to look for ways to circumvent social security obligations.

However, are social security contributions really a burden for companies? Can companies exempt social security obligations by reaching agreements with employees? What are the risks of noncompliance? In this article, we explore the key points of China’s social security system that employers should know.

China’s current individual employment contract-based social security system gradually emerged in the late 1990s and the 2000s. Prior to that, the government provided a welfare system (pension, healthcare, and housing) for urban workers.

The new system emerged through a series of specific regulations and provisions in the 1994 Labor Law and 2008 Labor Contract Law. It was not until 2011 that these separate parts were codified into a comprehensive national framework under the Social Insurance Law, in which the basic principles of China’s social security system are outlined.

Generally speaking, China’s social security system is made up of five different kinds of insurance, plus one mandatory housing fund, as follows:

To maintain compliance, the first and most important thing for foriegn investors to know is what the employer’s obligations are in the social security scheme.

Under China’s system, it is not enough that employers are simply willing to pay. Whenever hiring new staff, employers need to register him or her with local Social Insurance Bureau and the Housing Fund Bureau to initiate or reactivate the corresponding accounts. Further, although both employer and employee are obligated to make contributions, it is generally the employer’s responsibility to correctly calculate and withhold the payments for both parties.

Meanwhile, employers are obliged to make timely payments for themselves and their employees. A late contribution can result in a fine, while failure to contribute may lead to onerous labor disputes. In case of severe and multiple violations, the company might be put on an HR “name and shame” list, which is not only embarrassing but also could bring barriers to future recruitment.

One thing to be noted is that employer’s obligation to make adequate and timely contributions cannot be alleviated or exempted by reaching mutual agreement with employees. In practice, employers and employees (especially those whose gross salary is not high) may mutually agree not to contribute to the social security schemes or to make contributions on a smaller basis, to save labor costs and maximize employee’s take-home payment.

However, the court would consider such an agreement invalid in the case of a labor dispute between the employer and employee. The employer might be required to repay the social security evasion or pay extra severance payment to its employee in case of termination.

Calculating the contribution base

To correctly calculate the monthly social security contribution amount, it is important for employers to understand the basic rules on deciding the contribution base figure.

Firstly, rather than the actual payment that employees get for each month, the social security contribution base is a figure that determined by the employee’s average income in the previous year (i.e. January to December). The calculation method is as follows:

*For new hires, the starting salary may be used as the social security base during the first year.

Local governments generally update the average local salary benchmark and minimum wage once per year, which update the social security floor and ceiling in kind. Considering that the timing for the release of these figures varies per city and per year, it is challenging but critical for investors to obtain accurate and up-to-date information for their operations in each region.

Although there are national guidelines issued by the central government as mentioned above, local levels of government manage the specifics and administration of the system. That is to say, the contribution base ceiling and floor, the contribution rates, the social insurance and housing fund registration, as well as other compliance requirements, might be very different from one city to another.

Local variance in administration, though at times inconvenient, may be a practical necessity for a country as diverse as China, as any rigid system could not be expected to be suitable for Lhasa, Harbin, and Shanghai at the same time. However, given the sheer size of China in terms of geographic area and population, employers, and especially those who maintain operations in multiple locations, may find it confusing to determine how much they should contribute to each employee.

Under China’s current framework, employers cannot simply believe they are in compliance by referring to the national guidelines. It is very common that the local social insurance bureaus only accept instructions from the local authority that directly manages them. As such, employers should conduct social security research on a city-by-city basis or consult third party professional services to ensure compliance.

Foreign employees working in China have been required to participate in China’s social insurance scheme starting from 2011, when the Ministry of Human Resources and Social Security (MOHRSS) released the Interim Measures for the Participation in Social Insurance of Foreigners Employed in China.

The exemption scope and qualifications may vary from one agreement to another, and the local social insurance bureaus may have different policies towards the implementation of the exemptions. Employers should consult and apply with the local bureau in charge before they decide not to contribute for their foreign employees.

Notably, foreign expatriates are generally not required to contribute to the housing fund scheme. Nevertheless, as of June 2017, foreigners can make housing fund contributions on a voluntary basis in Shenzhen. This is a measure to attract talents rather than mandatory obligation.

Is social security a burden to employers?

With labor costs in China are increasing at the same time economic growth is slowing down, it is easy for foreign investors to consider social security contribution as solely a burden without benefit. However, things appear differently when given a deeper examination.

Firstly, the employer’s mandatory social security payments for its employees can be treated as reasonable salary expenses and thus could be deducted from corporate income tax.

Secondly, social insurance can protect businesses from risks and save costs in certain circumstances. For example, where an employee suffers an injury or illness at work or during work time, the work-related injury insurance can cover the costs of the treatment. If work-related insurance has not been paid, the company will be liable for treatment expenses itself, which could be very costly in case of severe illness and injury.

Thirdly, social security is critical when recruiting talents, especially for companies that rely heavily on professionals and skilled workers in big cities. For example, in Shanghai, many companies are even willing to make extra housing fund contributions for their valuable employees, even though this extra payment is not tax exemptible.

As the central government exerts pressure to maintain economic growth targets and attract foreign investments, it has recently released or already implemented a series of plans to cut labor costs.

According to the 13th Five Year Plan, maternity insurance and basic medical insurance are very likely to be combined soon. This implies that in the future, China’s insurance schemes will be reduced to four insurances and one fund.

Moreover, more and more cities are making efforts to streamline social security administration to facilitate compliance for employers. The proliferation of online or mobile platforms to make social security contributions is demonstrative of such efforts.

Overall, China’s social security system is complex and managed inconsistently across cities, and can be costly with minimum wages rising up continuously. Nevertheless, it is not necessarily a burden for businesses considering its role in recruiting talents and avoiding work-related injury risks.

Most importantly, employers’ mandatory social security contribution obligations cannot be exempted by mutual consensus between the employers and employees. Late or inadequate payments would put employers at an even worse position. Foreign employers should therefore have a thorough understanding of the social security system or seek professional services to ensure fully compliance.