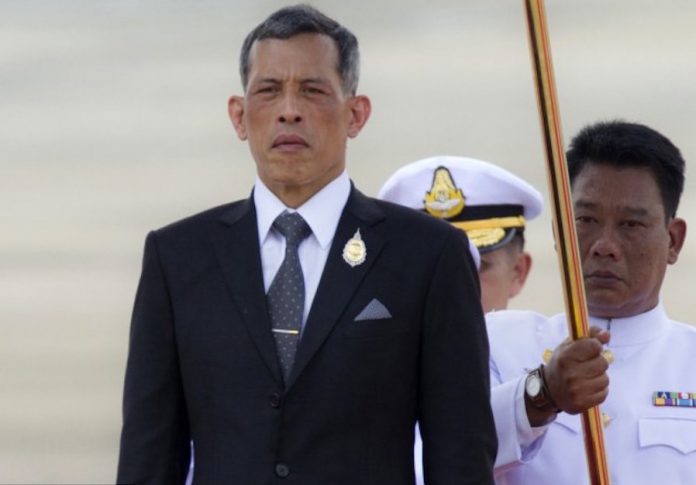 King Bhumibol Adulyadej passed away Oct. 13, having been on the throne for 70 years. The king became a symbol of national unity and a force for stability. His occasional interventions in politics to stop crises from escalating were accepted as a political norm. Thais often called for their king to help fix national problems. The legacies of Bhumibol are immense. But the success of the late king may not contribute positively to the next king’s reign.

His son, Crown Prince Maha Vajiralongkorn, will shortly ascend the throne. However, the choice of the crown prince has already caused anxiety among Thais. They fear he will not be able to serve as a force for stability in a country where the monarchy has earned a special place thanks to the late King Bhumibol.

Understanding the life of Vajiralongkorn is paradoxically both easy and elusive. It is easy because, unlike his father, Vajiralongkorn has over the years demonstrated little interest in political and royal affairs. Admittedly, the crown prince’s persona was eclipsed by that of King Bhumibol. After all, the king had a long reign, being crowned in 1946. The longevity of the Bhumibol era discouraged Vajiralongkorn from taking any initiative in politics. More importantly, it has also prevented him from consolidating his power and gaining the crucial support of the palace circle.

Meanwhile, it is difficult for Thais to understand Vajiralongkorn’s life because they know little about his views on politics or his vision of the future of the monarchy. The lack of leadership training, particularly in his future role as king, has made it more difficult both for Vajiralongkorn to provide any indication of his ability and performance and for Thais to imagine what the nature of his reign will be.

The focus is now on Vajiralongkorn’s personality, which stands in stark contrast of that of his father. Some of his childhood actions tarnished his reputation and prevented him from earning the status of Dhammaraja, or god-king. Vajiralongkorn is the mirror image of Bhumibol. Vajiralongkorn was a spoiled child and in his adult life he has been an intimidating figure, polygamous and indulgent, and he has lacked interest in public engagements.

In the Thai context, a monarch is supposed to serve as a god-king. The religious sanctity of the throne is indispensable for the existence of the monarchy. It demonstrates the close intertwining between kingship and religion, and, if used wisely, can enhance the monarch’s level of divinity. But the mounting level of Bhumibol’s sacredness has unavoidably resulted in the failure of Vajiralongkorn in claiming his own morality and sacredness. Vajiralongkorn has suffered from the institutionalization of sacredness in the hands of his own father, and he will continue to struggle to escape his father’s shadow.

The general Thai opinion about the crown prince has been negative. While discussing the personality of Vajiralongkorn has remained taboo, gossip and rumors have floated to the surface concerning him being a playboy, an outcast of the royal family, a self-centered prince and a Mafioso, as well as a number of controversies surrounding his health. Gossip and rumors play a large part in the absence of sacredness on the part of Vajiralongkorn.

Failing to reach the high moral benchmark set by his father, Vajiralongkorn as a consequence has become an unpopular prince, not just in the eyes of ordinary Thais, but also royalists. His lavish lifestyle, unpredictable mood and eccentricity in sexual tastes, as evident in a widely seen private video clip of a birthday party for their pet dog, Foo Foo — have all taken a toll on his popularity.

More importantly, popularity is often judged comparatively and Vajiralongkorn faced stiff competition not only with his father, but also his sister, Princess Maha Chakri Sirindhorn.

Meanwhile, the role of the military is crucial in the endorsement of the next monarch. Hence Vajiralongkorn will need to rely on the army’s grip on Thailand, now led by Prime Minister Gen. Prayuth Chan-ocha, who is in the intriguing position of potentially shaping the royal succession. Already there have been attempts by Vajiralongkorn to forge a relationship with the army. For example, Vajiralongkorn agreed to preside over the inauguration ceremony of the National Legislative Assembly (NLA) at the Ananta Samakhom Throne Hall on Aug. 7, 2014 — an act deemed to legitimize the coup and the military government.

In Bhumibol, Thais experienced another kind of politics. It was democratic on the surface, but royal dominance was its essence. Although it remains uncertain regarding what type of politics Vajiralongkorn will endorse or craft, the situation surrounding the crown prince could help create a setting favorable to greater democratization in the future.

One cannot deny the fact that the Thai public at large has never referred to Vajiralongkorn in favorable terms. But Vajiralongkorn could be good news for Thai democracy. Given his very limited stock of symbolic power, he will be incapable of occupying a dominant position at the center of the Thai polity. Political conditions shaped by the long Bhumibol era leave him with only two options.

One is to follow in the footsteps of Bhumibol in his interventions in politics as he cooperates with extra-constitutional actors, particularly the military, to ensure the palace’s control of politics. The other is to undertake reform of the monarchy, with Vajiralongkorn willingly staying above politics and performing as a ceremonial king. Because Vajiralongkorn lacks the vital qualities and assets enjoyed by his father, choosing to intervene in politics might prove disastrous not only for his position but for the royal institution.

It seems that going ahead with reform of the royal court represents the only realistic choice for the survival of Vajiralongkorn and his reign. But the daunting question is how he will negotiate the depoliticization of the monarchy with his supporters in the army.