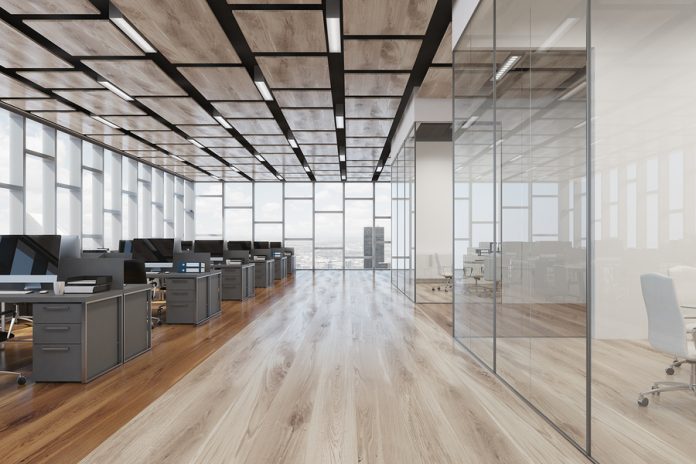 While the sharing economy has taken off globally, it has gripped China in particular. This development can be seen across a multitude of industries and products, including bikes, taxis, hospitality, and even umbrellas.

Now, coworking spaces are in the spotlight. These shareable work and office spaces are rentable on a ‘desk’ rate instead of square meters like traditional office spaces, and they are popping up all around major cities in China.

Usually, coworking spaces conjure up images of tech startups in the incubation stage and millennial entrepreneurs on the go. However, coworking is developing beyond the stereotypes and starting to service more sectors of the economy that had previously been limited to traditional office spaces.

In this article, we discuss how coworking spaces are evolving to appeal beyond startup clientele into multinational corporations (MNCs) and small to medium enterprises (SMEs), and how foreign companies may be able to utilize them.

What is a coworking space?

Coworking spaces are shared work environments specifically designed to encourage collaboration and knowledge sharing, as well as breed an air of innovation. They are starting to challenge the typical work space, which consists of designated desks and separated departments. Furthermore, whereas traditionally companies lease a certain amount of square meters per person (sqm/p) in their organization (usually ranging from 10 to 25 usable sqm/p), in coworking spaces, they lease per person.

The first coworking space opened in 1995 in Berlin, Germany. The concept spread slowly, only coming to the United States in 2006 when Citizen Space opened in San Francisco. That same year, Anken House launched in Shanghai. However, since about 2015, coworking spaces have rapidly increased in China; there are now over 500 coworking sites in Shanghai and Beijing alone.

Growing appeal for MNCs and SMEs

The amount of competition in the market has led many coworking spaces to provide creative perks, such as pet-friendliness, on-site gyms, free flow beer, and even saunas. Beyond these, the spaces also offer flexibility.

For example, in traditional office renting, companies have to consider the amount of staff that they would expect to have for the year in order to estimate their square meter usage. Additionally, after signing a lease, they have to invest in office furniture and decorations.

With coworking spaces, occupants pay per person, pay month-to-month, and can use already existing amenities, like internet, security, printing and copying areas, and more.

naked Hub, headquartered in Shanghai, has made MNC and SME outreach a core of its marketing and operations. According to Managing Director Paul Hu, about 50 percent of naked Hub’s occupants are MNCs and SMEs, while the remaining 50 percent consist of startups. “We see coworking as the future of work for everyone, not just startups,” he said.

Jan Smejkal, China and APAC Community Director of Startup Grind, a global startup community, voiced similar sentiments, “It’s important to note that… coworking spaces are no longer attractive solely to startups or freelancers. Corporates use them as a bridge between them and startups that might potentially disrupt their industries.”

Beyond serving as bridges for corporations, coworking spaces also provide very real business advantages for MNCs and SMEs, including a network of potential clients and partners, competitive pricing for goods and services, and top-rated locations.

Literally translated as relationship, guanxi is the Chinese concept of social networks and personal connections facilitating business dealings. Coworking spaces, depending on the variety and size of their membership, are in an optimal position to offer guanxi.

Some coworking spaces, like naked Hub, have taken to this concept. The space has their own B2B platform that links all members. For example, a member looking for a designer could send a message on the platform, and the designers in the space could respond, quickly set up a call or meeting, and sign a deal.

“The bigger and more diverse our ecosystem, the better it is for all of our members,” Hu said, adding that their community now spans the industries of design, food and beverage, media, consumer goods, and professional services, in addition to technology and internet.

For foreign companies looking to ingratiate themselves further with the local market, this built-in guanxi can be particularly attractive as coworking spaces in China are currently filled mostly with Chinese members.

Lei Xun, the Branding Director of SimplyWork, a coworking space in Shenzhen focused on entrepreneurs, believes that SimplyWork’s local expertise is a major selling point. “For foreign companies in Shenzhen for the first time, [SimplyWork] is a good place to get to know the city and community first, and we can help connect them with other resources,” Xun said.

As coworking spaces evolve and garner more interest, the offer of a community is helping to distinguish it beyond the physical perks. According to Smejkal, coworking spaces are becoming less and less about the actual space. “In general, the space itself has become a commodity and so the co-working spaces that want to win have to provide much more than just a nice table and chair… They must actively help their startups and residents grow,” Smejkal said.

naked Hub and SimplyWork do exactly this by helping with finding establishment and recruitment partners, as well as service providers. SimplyWork, due to their focus on entrepreneurship, can also help with finding funding for startups by inviting local investors to community events and guiding startups through the process.

Additionally, as the coworking community grows, the spaces have been able to start negotiating for group deals for their members. naked Hub has been especially active in doing this. “We are able to leverage our size to reach partnerships that bring big discounts and benefits to all of our members,” Hu said. The discounts include health insurance, social security fund, corporate establishment and more.

For those companies that prefer to be in a premier spot for brand reputation, coworking spaces can be an appealing alternative. For example, in Shanghai, naked Hub has 12 locations including popular commercial districts like Xintiandi, Century Avenue, and near West Nanjing Road. SimplyWork in Shenzhen has eight locations across the city, including Nanshan, Bao’an, and Longhua.

Additionally, big coworking spaces like naked Hub and WeWork have global locations. In addition to its Shanghai spaces, naked Hub has sites in Beijing, Hong Kong, as well as in Vietnam and Singapore. In China, WeWork is in Beijing, Shanghai, and Hong Kong, but also exists in a number of other Asian countries including India, Japan, South Korea, and Singapore.

This means that multinational companies could take advantage of desks across the countries that they work in, or use them on a case-by-case basis for international work trips and meetings.

The present and future of coworking spaces

As an idea, coworking is quickly becoming mainstream, and as a business, it is rapidly growing. In the Chinese market, coworking spaces have seen intense demand, particularly as the working culture has shifted to allow for more creative and innovative work environments. However, as can be seen from the development of spaces like naked Hub, SimplyWork, WeWork and more, coworking spaces will no longer be solely populated by technology companies and startups.

As more MNCs and SMEs enter the fray and as the services offered by coworking spaces increase, coworking may become a major disruption within the Chinese office rental market.