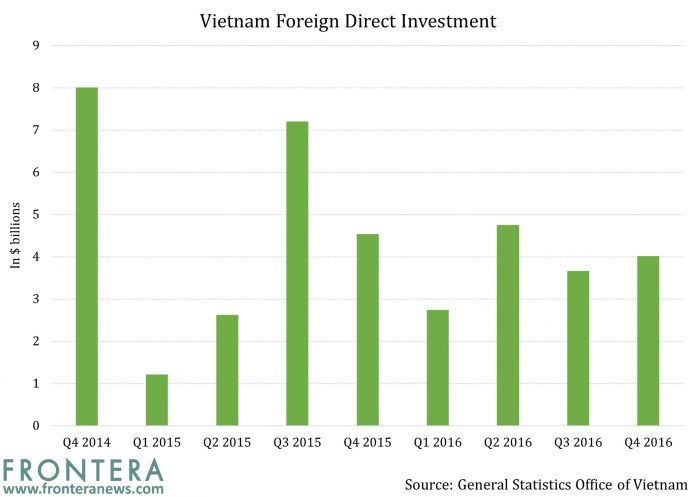 This is post 2 of 4 in the series “What Signal Does Vietnam’s Rate Cut Send to Investors?”

Vietnam has been trying desperately to reach its 6.7% growth target this year and lowering rates from July 10 was an attempt in the same direction.

It has had support from overseas in the form of solid foreign direct investment which is a sign of confidence in its economic policies. 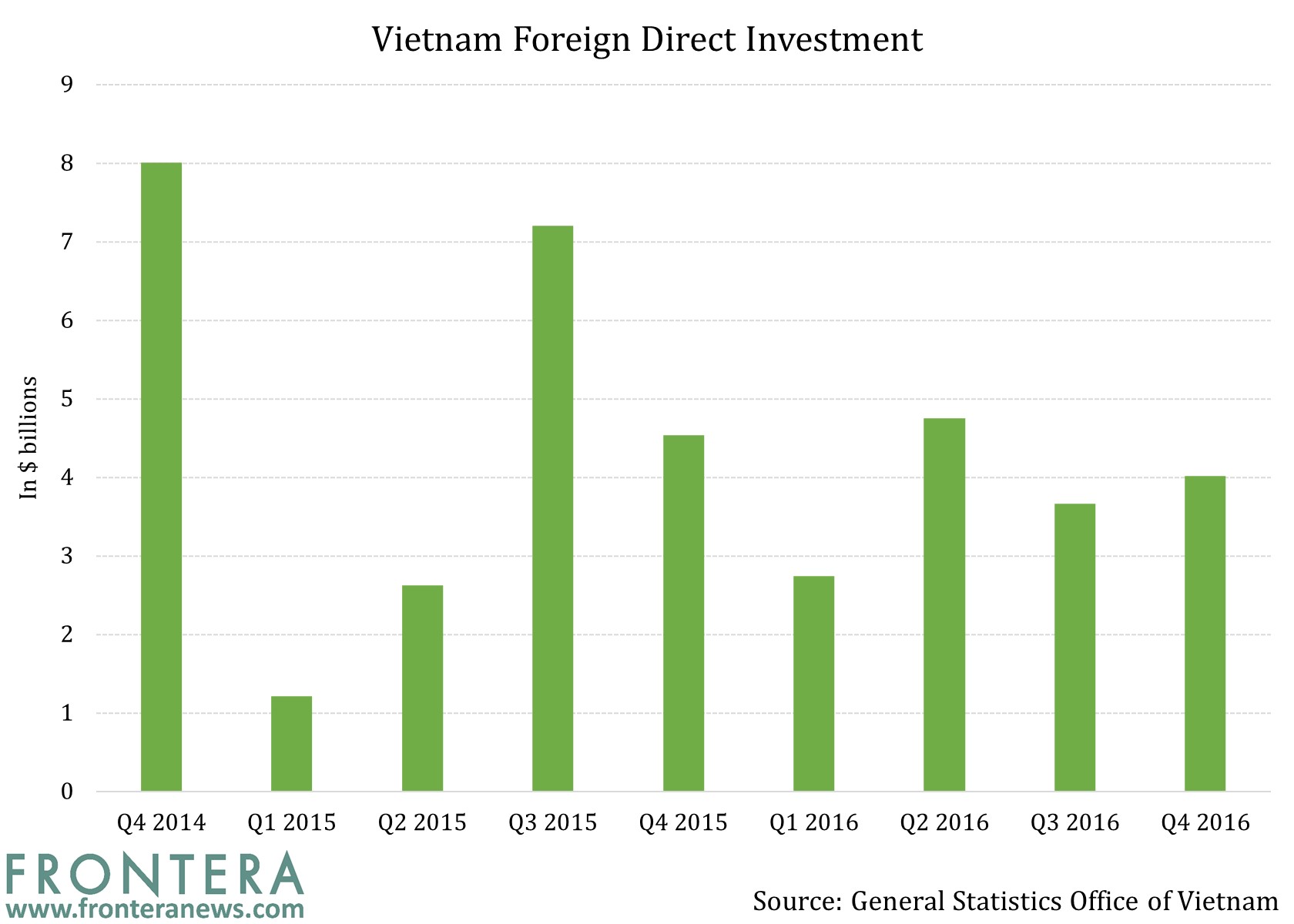 A weak Vietnamese dong vis-à-vis the US dollar has also helped improve economic output by boosting exports. The rate cut could further weaken the dong.

However, further fueling a credit bubble is a threat that has been worrying markets since the rate cut was announced. 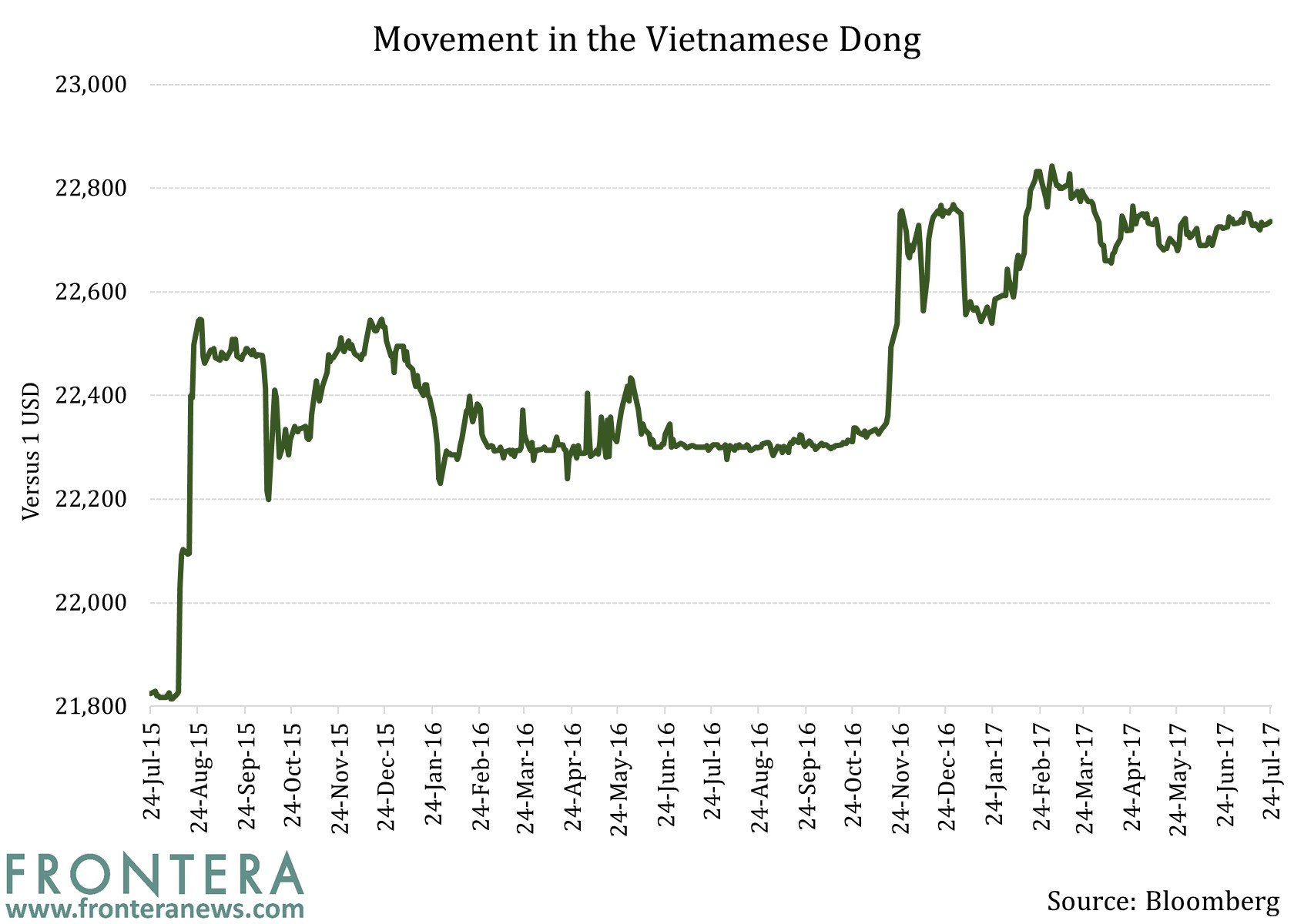 Just five years ago, the country was reeling under a mountain of bad debt with non-performing loans at 17% of the total outstanding. The State Bank of Vietnam had to set up the Vietnam Asset Management Company in 2013 in order to buy this debt.

The current target is to keep non-performing loans under 3%.

Moody’s Investors Service has expressed concern about bad loans, which it says, had stood at 6.8% of total loans at the end of 2016. Vietnam’s central bank puts the figure of unresolved bad debt at close to 345 trillion dong ($15.2 billion) at the end of last year.

A quick pace of credit growth can put new loan issuances at risk.

Considering the fact that the central bank had kept interest rates steady even though inflation was high towards the end of 2016 and at the beginning of this year, the latest rate cut seems justified.

But given its relatively recent run-in with bad loans and the rapid rate of credit growth coupled with the over-dependence on banks for fulfilling borrowing requirements. This could quickly become a heady situation.

The government, on its part, is trying to keep the situation under control and has recently taken steps to keep bad loans in check. Let’s look at these steps and the impact this credit growth can have on profitability of local banks in the next article.

This is post 2 of 4 in the series “What Signal Does Vietnam’s Rate Cut Send to Investors?”