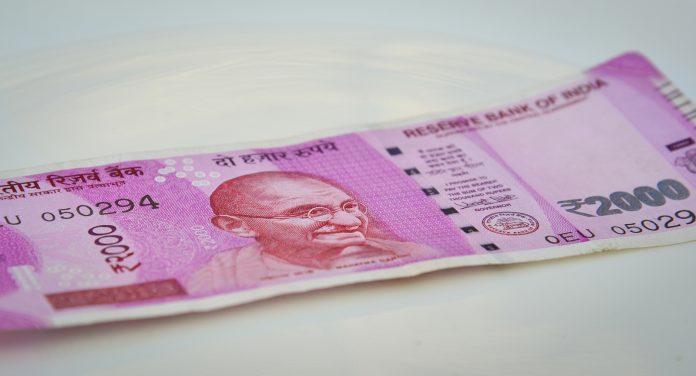 This year, November 8 marked the one year anniversary of the policy announcement: it was commemorated alternately as ‘Anti-Black Money Day’ by the federal government and a ‘Black Day’ by the political opposition.

One year on, the impact of demonetization continues to be felt across the Indian economy, as analysts attribute the slowdown of industrial activity, job losses, and lagging trade and commerce to its surprise implementation. Here we take stock of the policy’s genesis and its major outcomes.

He also announced that new banknotes of denominations – US$7.50 (Rs 500) and US$30.69 (Rs 2000) – would be issued in their place. Holders of demonetized currency would be given a limited window of time to make bank deposits or exchange their old currency for new from scheduled banks.

The abrupt announcement shook India, and the next eight weeks saw chaos as the entire country bore the full brunt of demonetization without key institutional buffers in place.

In order to appreciate the scale and impact of the decision, a few vital facts must be laid bare.

First, the demonetized currency accounted for 86 percent of Indian cash in circulation, and were the largest denominations of banknotes at the time.

Second, India’s economy and transaction behavior has historically dealt with and favored cash, both in rural and urban areas.

Third, the RBI was ill-equipped and slow to issue the quantum of new currency required in the first six weeks of demonetization; banks and ATMs were either unprepared or unable to meet the frantic demand for cash.

Further, in the weeks following demonetization, quantitative restrictions were imposed on a daily basis on the withdrawals allowed from ATMs and banks. In essence, the government restricted people from accessing their own hard earned money as cash in circulation had decreased.

Business as usual, across the length and breadth of the country, came to a grinding halt for months following demonetization. Employers were unable to pay daily wage workers, and were forced to retrench them en masse. In some cases, trade unions sued employers and writ petitions were filed against the federal government – challenging the constitutionality of the measure.

In extreme situations, patients died in hospitals due to shortage of cash to make payments; other fatalities were observed as people stood in long queues in banks and ATMs. At the same time, ATM machines were not properly calibrated in advance due to the secrecy around the decision, and were, consequently, unable to dispense the new currency in the initial weeks.

Eradicating black money: The promise and the price

Curiously, despite numerous discomforts, the majority of Indians adopted a rather submissive attitude towards demonetization. Instead, they supported what they perceived to be Modi’s bold initiative to curb black money, remove forged currency responsible for terrorist financing, and end corruption.

Barring a few short lived protests from the opposition, most people suffered in silence, in hopes that their sacrifices would expose those who held unaccounted wealth and rid India’s economy of its black monies. This faith was overwhelmingly used by Modi and his associates in their defense of the drastic and economically irrational move.

Essentially, Modi based the cash bust on a fundamentally flawed premise: that the chunk of black money in India was stashed away in the form of high value currency, and demonetization would render all black money worthless, in a single blow.

In recent weeks, the Reserve Bank of India (RBI) report that 99 percent of the country’s demonetized currency has returned to its coffers – exposes just how farcical the logic behind demonetization was. The RBI report  raises two inferences: either the amount of black money in the economy was grossly overestimated or those who held such wealth successfully evaded the consequences of demonetization by outwitting the government’s simplistic plan.

The latter appears to be more probable. It shows that demonetization was indeed poorly formulated and executed, and failed to achieve its primary objective – black money eradication. This could be because black money in India is usually stored in the form of immovable property and jewelry, making demonetization an entirely misguided exercise.

In addition, soon after the new currency printed by the RBI entered the market, rampant forgery followed. This showcased the inefficiency of demonetization in its failure to dismantle the structures and facilitators of corruption. Raids carried out across the country unearthed larges stashes of forged new currency. At the same time, the taxpayer’s money was heavily spent on printing of new banknotes even as the average person could only withdraw small amounts from ATMs and banks.

Meanwhile, demonetization was meant to be planned in absolute secrecy; only a handful of top government officials had prior knowledge. The government placed huge importance on the element of surprise, hoping to catch money launderers unawares. Yet, subsequent reports indicated that the news had spread through informal channels: those with political connections were forewarned months ahead, enabling them to convert their black money by purchasing high value assets and making discrete bank deposits.


Demonetization was replete with unintended consequences. Among these, were some positive ones, such as the timely interventions by digital payment apps like Paytm and Mobikwik. This somewhat eased the stress of a section of India’s smartphone enabled population.

Bolstered by these upshots, the federal government became obsessed with digitizing India, and in the weeks after demonetization, introduced a number of reforms aiming to digitize tax, labor, and other key business compliances in line with Modi’s catchphrase – “less cash first, cashless society next”.

Another significant impact of demonetization has been financial inclusion. In the weeks following demonetization, tens of thousands of bank accounts had to be opened across the country by people who were previously outside of the banking and financial system, particularly in rural areas.

Today, the government hopes to enhance financial stability and accountability in the economy with its drive to link the Aadhaar number with all identification documentation. This is in addition to all bank accounts compulsorily linked to the Permanent Account Number (PAN) and Tax Account Deduction Number (TAN). Overall, these outcomes have widened the national tax base, providing a boost to public finance.

Nevertheless, even before India’s economy fully stabilized from the aftermath of demonetization, the Modi government introduced its landmark legislation: the Goods and Services Tax (GST). Since coming into effect on July 1, the GST system has run into an inordinate number of operational glitches due to improper planning and faulty administration. This has caused all manner of avoidable disruptions for business and traders, and sharpened monetary distress.

India is not the first country to have demonetized its currency. Several other economies have done the same thing for the same reasons. However, countries like New Zealand demonetized their currencies in a phased manner, and after prior consultation with stakeholders.

Regardless of the conclusion of demonetization, much of the distress in the Indian economy could have been avoided through the prior exchange of information among critical stakeholders. As facts stand, in August this year, India’s GDP growth fell to 5.7 percent from 7.9 percent, the same time last year. Finally, as shown by the RBI’s latest report, it is clear that the primary objective behind demonetization was ultimately a failure.

Nevertheless, despite the debacle of demonetization, one message rings loud and clear in India: the Modi government is serious in its stance against all forms of corruption, a departure from its predecessor government. Businesses in the country need to be conscious of their exposure to risks such as the under-reporting of assets, establishment of shell companies, lack of due diligence while negotiating new partnerships, or grey area tax practices.