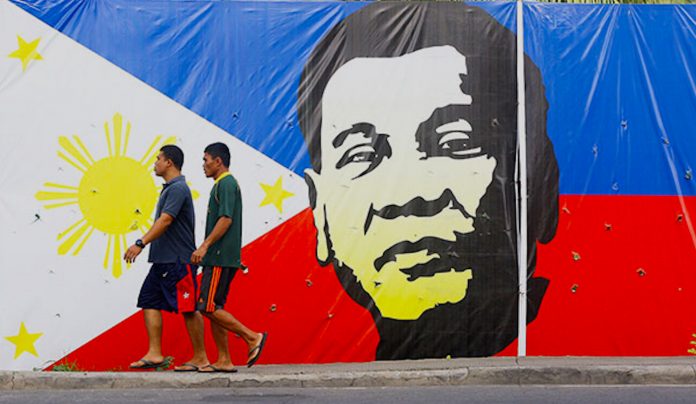 The Philippines’ new president, Rodrigo Duterte, took the oath of office three months ago with a strong mandate to crack down on rampant crime and drug proliferation. Famous for his tough talk, if not the denim jeans that he wore to presidential debates, he vowed to “dump [so many] bodies in Manila Bay…that the fish will go fat”. After his first three months at the helm, he is showing surprising resolve to do exactly that. He has dispatched heavily armed police throughout the hot and crowded streets of the Philippines’ major cities, to execute “suspected” drug users and dealers at their discretion. Cardboard signs bearing the words “criminal” or “drug pusher” are often left behind with the bodies. One of Manila’s primary newspapers publishes a twice-weekly “Kill List” that announces the victims of this new ‘war on drugs’. As of this writing the toll stood at 524 in just five weeks.

Time will tell whether or not the Filipino people have the stomach to withstand this outbreak of violence. In any event, the country’s economic fortunes are certainly on the rise. The country’s equity index is one of Asia’s best-performing, with its benchmark PSEi index +15% year-to-date. And foreign direct investment is pouring in even faster. According to the United Nations Conference on Trade & Development (UNCTAD), the country has displaced Hong Kong and Singapore as one of the 15 most preferred investment destinations for multinational corporations. FDI has increased to US$ 8 billion in the past year, a remarkable increase from the paltry US$1 billion that the Philippines attracted just five years ago.

Some notable consumer products companies are taking notice of this activity. The Tim Hortons coffee chain, arguably Canada’s most recognizable export, recently announced that it had selected the Philippines as its launch pad for a planned expansion into Asia. And in news with somewhat ambiguous benefits for Filipinos, speculation is rife that Pokemon Go might be released in the Philippines as early as this weekend.