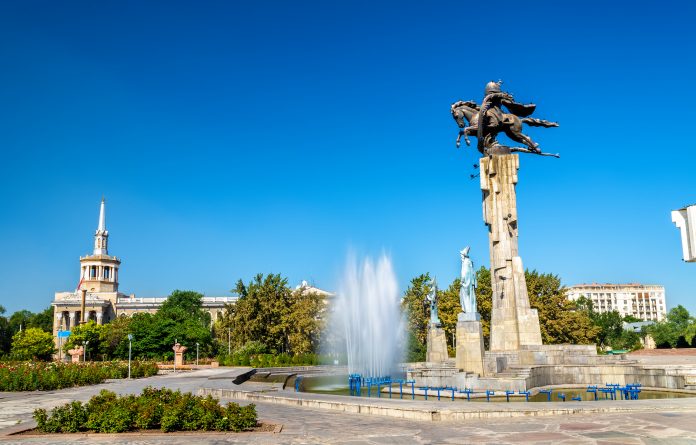 The presidential election in Kyrgyzstan to be held on 15 October 2017 promises to be the region’s most contentious and unpredictable since the disintegration of the Soviet Union.

It follows the 2005 Tulip Revolution which deposed President Askar Akayev, and the 2010 revolution which led to the adoption of a new constitution and the establishment of a presidential-parliamentary system of government. Since then, outgoing President Almazbek Atambayev’s tenure has increasingly been characterised by pressure on media and opposition figures.

The Kyrgyz bloom of democratic change in the desert of Central Asian autocracies is in danger of withering.

Atambayev has gradually put the country onto an authoritarian path. A successful referendum in December 2016 on amending the constitution – which circumvened a moratorium on constitutional changes until 2020 – strengthened the position of the Prime Minister. This aroused fears that Atambayev seeks to safeguard his political influence after his term ends.

In its latest report on countries in transition, Freedom House placed Kyrgyzstan on the verge of being a consolidated authoritarian regime. Classified as semi-authoritarian at the beginning of Atambayev’s tenure, the country’s score in the rating has deteriorated since 2014.

This is owing to three circumstances. Firstly, the constitutional amendments make political change harder. The prime minister’s authority and control over government are strengthened, the independence of the judiciary weakened.

Secondly, several opposition politicians have been imprisoned. Omurbek Tekebayev, one of the most promising presidential candidates and known for criticising corruption in government ranks, was arrested in February. Eight members of parliament from the Ata-Zhurt party, a major competitor of Atambayev’s Social-Democratic party, have been charged with crimes. Immunity only seems to apply to MPs who do not show any challenging political ambitions.

Thirdly, pressure on local media has increased. Two news providers, Zanoza and Azattyk (the Kyrgyz edition of Radio Free Europe), have been fined the equivalent of tens of thousands of dollars, just for citing Tekebayev.

The deterioration of Kyrgyz democracy could be traced back to the disengagement of Western institutions. With the drawdown of US troops from Afghanistan, the military transit centre at Kyrgyzstan’s Manas airbase was shut down. NATO recently closed its last liaison office in the region.

The fading Western presence has been accompanied by a complex interplay of Chinese and Russian interests.

Russia, facing its own internal economic problems, has ceded the role of Kyrgyzstan’s major economic partner to China. The Russian-financed hydropower projects Kambar-Ata and Upper Naryn, cancelled by the Kyrgyz side owing to lacking investment, have been picked up by China’s State Power Investment Corporation. The relationship has not been without its tensions: a bombing at the Chinese embassy in Bishkek in August 2016, led China to suspend issuing visas to Kyrgyz nationals for six months. Nonetheless, economic cooperation continues apace. Forty Chinese factories and plants are said to be relocating to Kyrgyzstan in the short term.

Meanwhile, Russia has sought alternative ways to safeguard Kyrgyzstan’s political loyalty. During Atambayev’s state visit to Russia in late June, the entire 240 million USD of Kyrgyz debt were written off. The prospect of a second Russian military base, in the south of the country, was also discussed. The Kyrgyz army, with its 16,000 troops, simply cannot defend growing threats from domestic Islamic extremism and the Daesh presence in the Afghan-Tajik border region.

Atambayev, who is constitutionally barred from having a second term, will be hoping to put a loyal successor – his former prime minister, Sooronbay Jeenbekov – into the presidential office. He has also announced that he intends to stay involved in politics, which he could potentially achieve as parliamentary leader of the Social-Democratic party.

The race is close, and there is still a chance that the vote will be won by the opposition candidate, businessman Omurbek Babanov. But even in the absence of Atambayev’s authoritarian tendencies, growing Chinese economic and Russian political influence will have consequences for the long-term development of the Kyrgyz Republic. Corrupt practices, without much consideration of corporate social responsibility and labour rights, will be detrimental for the investment climate and predictability of doing business.

Tobias Vollmer is an analyst at Global Risk Insight. As originally appears at: http://globalriskinsights.com/2017/10/fading-tulips-kyrgyz-presidential-vote-comes-amid-rising-authoritarianism/