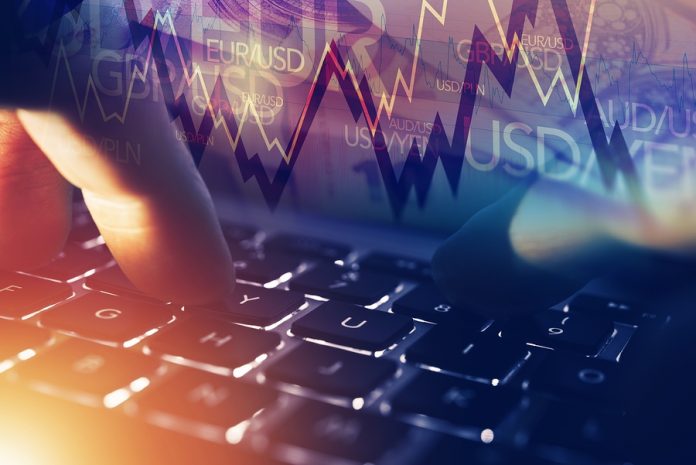 This is post 1 of 2 in the series “Record Forex Reserves in Asia: A Buffer for US Monetary Tightening”

Emerging markets have been tapping international markets with bond issuances and have witnessed enhanced interest, allowing them to raise money at lower rates than normal. Emerging market bonds denominated in local currencies have outperformed their hard-currency peers, and central banks have seen their international reserves swelling. 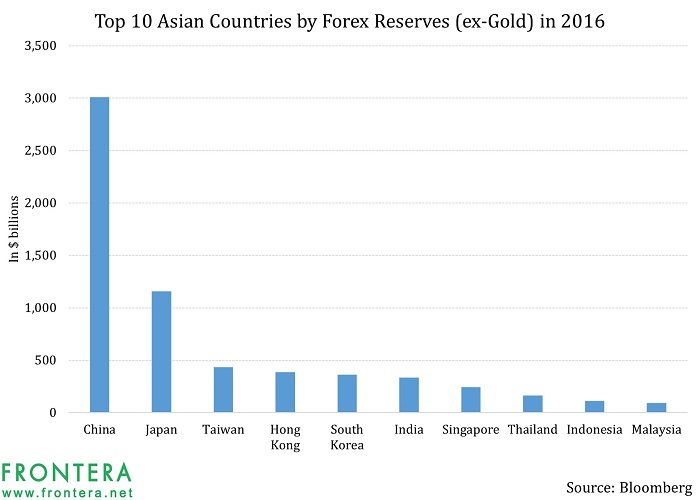 The graph above plots the top 10 Asian nations in terms forex reserves at the end of 2016. Reserves held in gold or as Special Drawing Rights (SDRs) with the International Monetary Fund (IMF) are not part of the numbers presented.

The first six countries are also among the world’s top 10 markets in terms of forex reserves with China and Japan being the top two on that list by a significant margin; Switzerland is a distant third.

Given that Asia dominates the emerging markets landscape, the impact of a weak dollar has benefitted developing countries from the continent substantially.

The graph below plots the top five emerging nations from Asia which have seen their forex reserves rise to record levels. 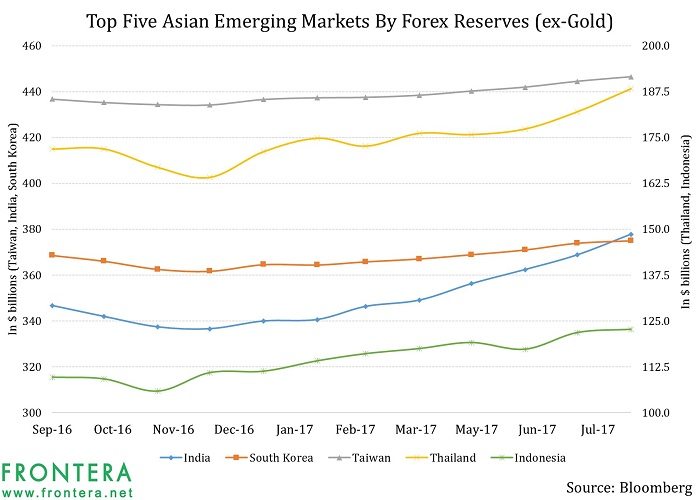 The graph shows growth in international reserves over the past 12 months as well as their level.

Including gold reserves, India’s forex reserves have crossed the $400 billion mark for the first time in its history. India’s imports had stood at $384 billion in fiscal year 2016-17 (Apr-Mar) according to Ministry of Commerce data. This equates to India now having enough international reserves to cover a year’s worth of imports.

For Indonesia, its total forex reserves stood at $128.8 billion in August, and according to Bloomberg, this is enough to cover 8.6 months of imports and government external debt repayments.

Building these reserves could be of great benefit to emerging Asian countries in the near future. We’ll explain how in the next article.

This is post 1 of 2 in the series “Record Forex Reserves in Asia: A Buffer for US Monetary Tightening”