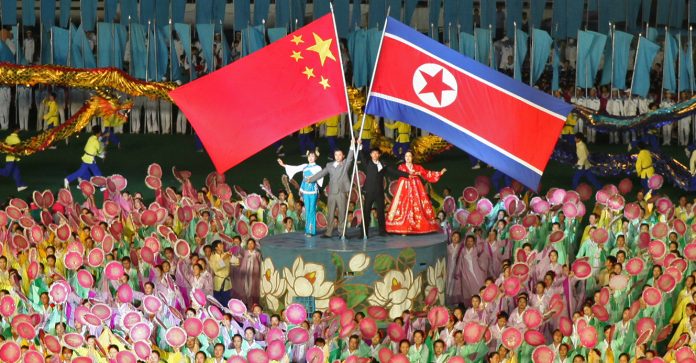 Political relations between North Korea and China have recently fallen to a new low as the North Korean military tested a hydrogen bomb with without informing their close neighbors Beijing. Although the world often views two countries as close allies, in fact there is a long history of tension and enmity between the two, with North Korea viewing its giant neighbor as a bully while many Chinese view their neighbor as an embarrassing reminder of its own past as an isolated communist state. But there still remains a mutual dependency between the two, China really doesn’t want a united pro-western Korea on its door step, or worse a chaotic failed state producing refugees and economic chaos.

North Korea has good relations with other international outcasts like Iran and Cuba, but they are in no position to help Pyongyang with food supplies and diplomatic support. Xi Jinping is rumored to despise Supreme Leader Kim who is widely ridiculed among the Chinese elite. Kim’s half bother lives in Beijing in exile from Pyongyang, he remains closely guarded by the Chinese, should the current North Korean leadership ever be toppled or collapse there is potentially a convenient puppet waiting to be installed.

Following the hydrogen tests China imposed sanctions on the sale of rocket fuel to North Korea and put restrictions on imports of coal and iron which the country is reliant on for hard currency. However it is not yet clear the promised actions ever took effect. China is concerned that if it squeezes too hard it will cause the regime to tumble and unmanageable chaos will ensue. Pyongyang factors this hesitation by Beijing to act to tough with them into their strategy– which gives the North Korean leadership carte blanche to continue disregarding international norms.

While North Korea has remained isolated from the rest of the world a chink of light has appeared in the form of increasing trade with other parts of the world. Most of this trade is conducted over the Yalu River in the town of Dandong and despite the new sanctions the trade in everyday goods like clothes, food and construction materials has continued. As trade has picked up and the country has tentatively started to welcome outside investment, capitalism has taken a toehold in this Stalinist state.

The fact that the Chinese leadership have enriched their own country without losing control of it has not gone unnoticed in Pyongyang.  The country is according to some observers seeing the steady emergence of a middle class which might in time spur greater openness. The elite are also benefiting from this new approach as they often control the trade and investment concessions which are making them richer. China would no doubt welcome a North Korea similar to its own political set-up hence its softly softly approach to further sanctions, much better to allow capitalism to soften Pyongyang’s nationalist warlike outlook.