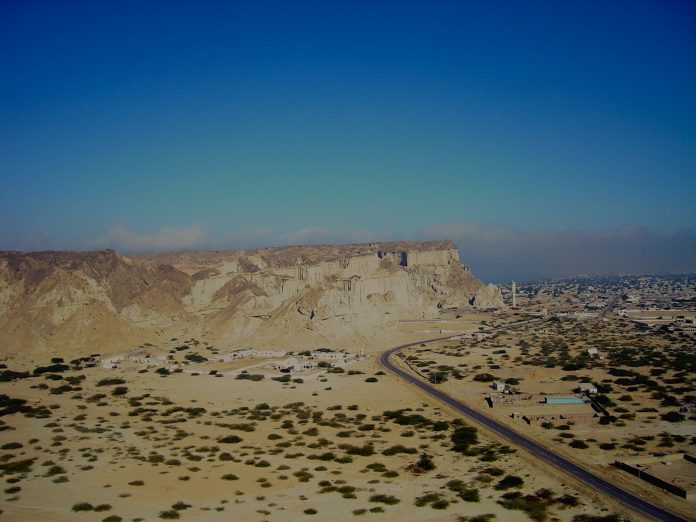 If you’re a consumer of news headlines, the mind’s eye is more likely to capture terror attacks and drone bombs. But that’s not the way they see things in Gwadar, where emulating Dubai – just across the Gulf of Oman – has become a mantra.

“You land in one of the smallest airports that I have ever been to,” Martinsson says on this week’s Emerging Opportunities radio show. “It’s basically sand.”

Yet, in a month’s time, China will start building a new international airport here, according to the Gwadar Development Authority.

The city is at the center of the Pakistan-China Economic Corridor. Last year, the two countries signed an agreement allowing China usage rights over more than 2,000 acres of land.

And it’s not just China that’s behind the development. With Iran less than 50 miles away, Gwadar is surrounded by two-thirds of the world’s oil reserves. It’s the nearest warm water seaport to the energy-rich Central Asian republics.

Martinsson, a Swede, began investing in Pakistan five years ago, making it the main destination for his fund management company, Tundra Fonder.

It was a shrewd move. Pakistan – for all its challenges as one of the ten most fragile states – has been the best performing stock market of this decade.

“You have a general trend in the world,” says Martinsson, “where a group of countries are picking up where China left a little bit, as China moves away from being the low-cost producer.”

“What differentiates Pakistan,” says Martinsson, “is firstly that the financial infrastructure is of emerging-market status, I would even say higher.”

Pakistan’s stock market has more than 600 companies and just about every industry represented.

“If you compare that to Africa, for example, you are many times more limited,” says Martinsson. “Having a range of companies to invest in with strong management, that’s the main difference.”

Yet even Martinsson takes Gwadar’s vision of itself with a large grain of salt. While there’s plenty of housing development near the sea, there’s less in the way of commerce. “You see no activity in the harbor or anything like that, so I think it’s going to take a little bit longer than the locals think.”

His focus is less on Gwadar itself, and more on the way the region feeds into the overall economy.

“It will be like a blood vessel,” says Martinsson. “You can see how the plans stretch across the whole country and that will, in itself, then lead to trickle-down effects – new investments due to the fact that you’ve finally got some decent infrastructure.”

While investments in Gwadar may be around $2-3 billion, they will feed into projects totaling $46 billion, says Martinsson.

Given its location, Gwadar will ultimately become an economic hub, and not only for Pakistan but for the whole of central Asia, says Martinsson. Iran’s emergence from Western sanctions adds to the bigger picture that’s emerging.

“Their idea to basically build another Dubai might sound ridiculous right now,” says Martinsson. “But the plans are there. It is being put in action.”

“The obvious companies to benefit are construction-related and infrastructure-related. The finance companies and the steel-tube companies are of particular interest.

“The real question is what comes after that. It’s insurance companies, it’s general service companies. With foreign direct investment now coming into Pakistan, in the next two to three years you’re going to see a broadening of interest.

“The most attractive valuations are in the service sector. Looking at the insurance sector, the current penetration is only 0.6% of GDP.

“One should look beyond the companies that would benefit directly from the construction activity. There will be benefits for the overall economy.”

Listen to Martinsson’s interview on the Emerging Opportunities show on Share Radio by clicking here.