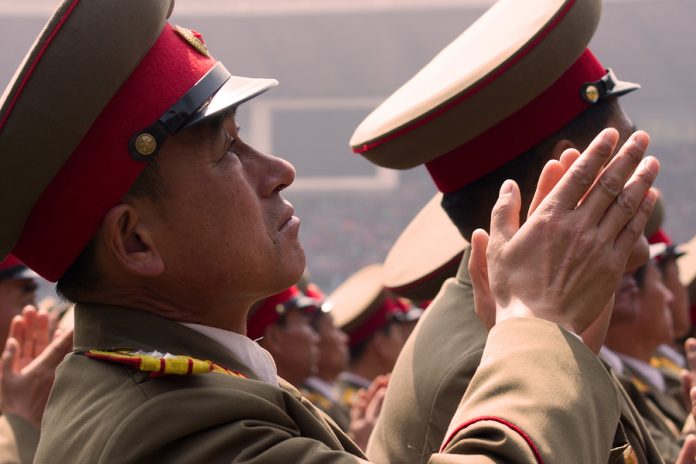 This is post 3 of 4 in the series “North Korea Is Sending Shivers Across Markets; What Investors Should Know In Case Of A War”

Korean Peninsula is the global manufacturing hub for technology products

The global technology industry is closely monitoring the situation in North Korea. Countries in the Korean Peninsula such as Taiwan, South Korea, China, and Japan are the global manufacturing hubs for electronics spare parts. Vice President of IDC Research, Soo Kyoum Kim said to Bloomberg recently, “If Korea is hit by a missile,” all electronics production will stop.” 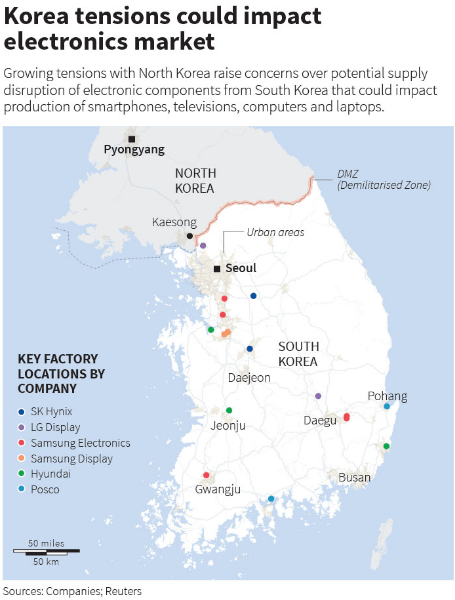 South Korea (EWY) is vitally important to the tech world for many reasons. It is home to companies like LG (066570.KS), Samsung (005930.KS), SK Hynix (000660.KS), Kia Motors(000270.KS), Hyundai (005380.KS), Daewoo Shipbuilding (DWOTF), Marine Engineering, and Hyundai Heavy Industries, POSCO (PKX) and Samsung Heavy Industries among others. All these companies have a vital role in providing goods and services to major companies globally. Samsung is not just a smartphone manufacturer, it is also a major supplier of semiconductors and flash memory, and provides chips to Apple (AAPL) and countless other major tech players.

Additionally, as per a report by analyst Alberto Moel, South Korea produces nearly 40% of the world’s LCDs and the cost of substituting the manufacturing capacity of LG and Samsung would be near $50 billion.

South Korean companies such as Kia Motors, Hyundai and the leading steel company POSCO would also face difficulty in exporting their products in case of a war since shipping routes in the Pacific Ocean connect vital trade routes between Asia and America.

This is post 3 of 4 in the series “North Korea Is Sending Shivers Across Markets; What Investors Should Know In Case Of A War”