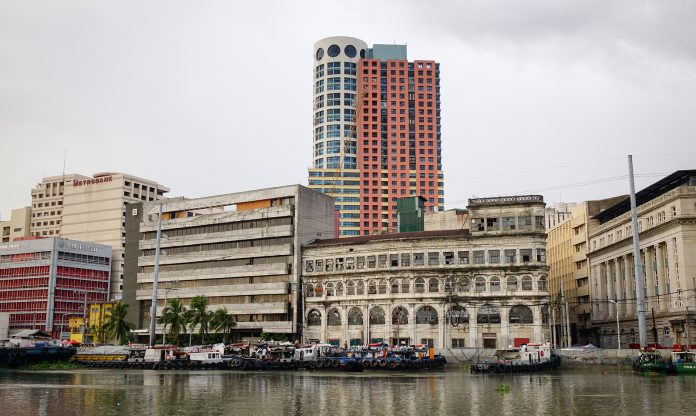 Under the Foreign Investment Act, 1991, which was amended in 2015, a vast majority of industries in the Philippines are completely open to overseas investment, allowing 100 percent foreign ownership in most cases. The country managed to attract over US$ 7 billion of FDI in 2016, 25 percent more than the previous year. The UNCTAD World Investment Prospects survey positions the Philippines as the 11th most promising host country for investment over the period 2016-18. In order to best leverage the advantageous conditions, such as widely spoken English and access to the ASEAN Economic Community, the most effective market entry model must be chosen by entrants.

There are a range of entry modes to choose from when investing in the Philippines. Each one is governed by different rules and, as such, each is suitable for different functions and business models. Below, the four main methods of entry are outlined.

Companies can enter the Philippines by establishing as a corporation. This means registering a new legal entity with the Securities and Exchange Commission (SEC) in the Philippines. The structure of a corporation is such that the individual assets of the owners are legally separate from those of the company. Corporations come in two forms:

Filipino corporation – minimum of 60 percent Filipino equity ownership;
Foreign-owned domestic corporation – greater than 40 percent foreign equity ownership
The distinction between the two alternatives is important when it comes to land ownership and tax-incentive programs. Corporations can operate all functions of a business, and are typically profit-oriented enterprises. According to the World Bank’s Doing Business guide, setting up a corporation is a complex and long-winded process taking at least 28 days, four days longer than the Asia Pacific average.

Foreign-owned domestic corporations serving the Filipino market require a minimum of five shareholders and at least US$200,000 of paid in capital. The paid in capital can be reduced to US$100,000 if the corporation is involved in advanced technology or employs 50 direct employees. If the corporation is an ‘export market enterprise’ – defined as exporting at least 60 percent of its goods or services – the required capital is reduced significantly to P5000 (US$ 100).

A branch office is a profit-oriented subsidiary of a foreign enterprise that engages in the activities of its parent company in the Philippines. This is the typical structure for business process outsourcing, such as call centers or back offices for multinational firms, which located in the Philippines due to low local wages as well as the large number of fluent English speakers. The establishment of a branch office typically takes three to four weeks from the time of filing with the SEC.

Similar to corporations, the capital requirements are US$200,000 for domestic market serving enterprises and P5000 (US$ 100) for export-oriented companies. The taxation of branch offices is also similar, with 30 percent corporate income tax and 12 percent VAT on local sales. However, branch offices also have to pay a 15 percent profit remittance tax on repatriation of profits to the parent company.

There are two distinct types of regional headquarters: Regional or Area Headquarters (RHQ) and Regional Operating Headquarters (ROHQ). The graphic below shows what operations are legally allowed for both RHQs and ROHQs.

Regional or Area Headquarters (RHQ) are non-income generating offices of a foreign corporation. RAHQs are not allowed to participate in any management, marketing, or sales activities on behalf of branch offices in the Philippines or the mother company. Similar to representative offices, the main purpose of RHQs is to be a coordination and communication hub for subsidiaries, affiliates, and branches in the Asia Pacific region. The minimum paid in capital is US$50,000, to be used for the running of the office. Managerial and technical expatriate staff members will be taxed at 15 percent of gross compensation, rather than using the tiered income tax system.

On the other hand, a Regional Operating Headquarters (ROHQ) is an office of a multinational typically used for back-office functions. ROHQs are allowed to derive income only from affiliates of the parent company. ROHQs are afforded a special corporate income tax rate of 10 percent on taxable net income, as opposed to 30 percent for corporations and branch offices. In addition, 12 percent VAT is payable on local sales and 15 percent profit remittance tax on repatriation of profit. Similar to RAHQs, a 15 percent final withholding tax on the income of managerial and technical employees is payable rather than the standard income tax system. The minimum paid in capital for ROHQs is US$200,000. 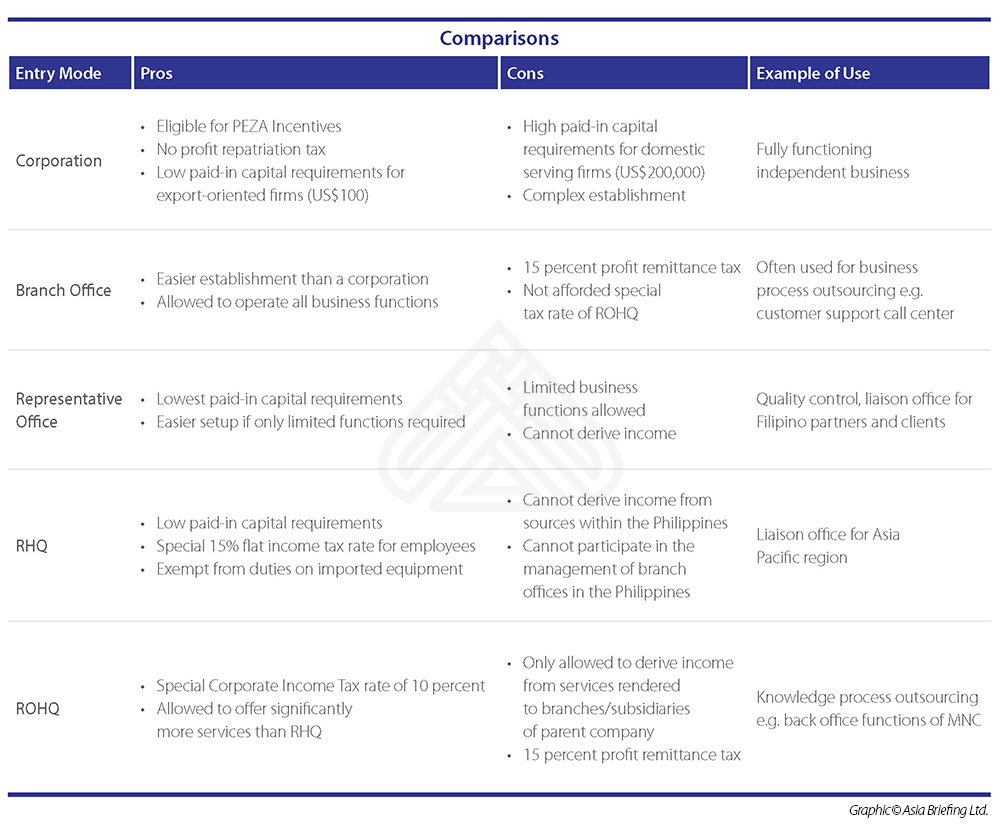