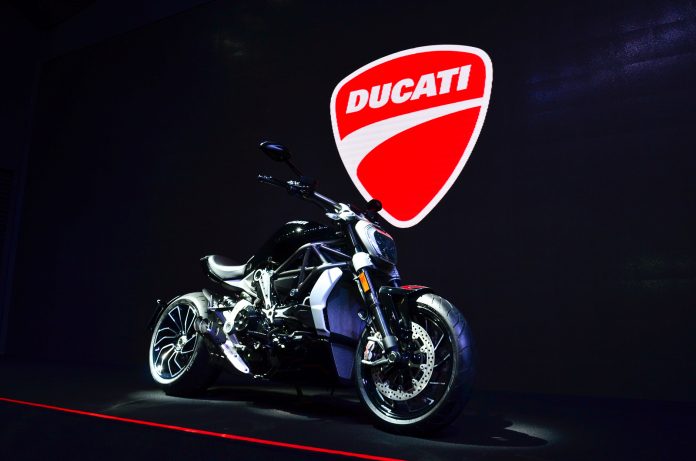 India-based Royal Enfield parent Eicher Motors has made a bid to acquire Italian iconic motorcycle brand Ducati for $1.8 billion. The acquisition would mark Royal Enfield’s (RE) entry into the superbike (800cc-1200cc) segment, along with strengthening its global presence. Currently, RE is a dominant player in the mid-sized (150cc-700cc) segment. The Royal Enfield – Ducati deal, if completed, would add to a string of international acquisitions that Indian companies (EPI) (INDA) (INDY) have made globally (ACWI) (VTI) of late, the four most recent of them being: 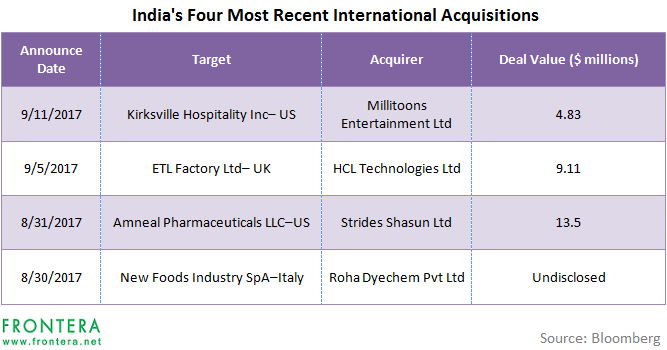 Millitoons Entertainment trades on the Bombay Stock Exchange under the ticker MIENT. The stock is up 162.9% over the past year (as of September 26). Since the announcement of the acquisition on September 11, the stock has risen 7.6%.

HCL Technologies trades on the National Stock Exchange of India under the ticker HCLTECH. The stock is up 10.2% over the past year (as of September 26). Since the acquisition was announced on September 5, the stock has risen 2.2%. The stock currently trades at a P/E of 14.5. The company has an operating margin of 20.1% and an EPS growth rate of 16%.

On August 30, the diversified chemicals company, Roha Dyechem Pvt. Ltd. completed its third acquisition for the year, by acquiring Italy-based New Foods Industry S.p.A, an expert in dry ingredients for the food and beverage industries. With the acquisition, Roha intends to consolidate its position in the color sector with synergistic innovative ingredients and to leverage abundant opportunities in natural market segments.

Earlier in January, Roha acquired Italy-based Essential SRL, a leading manufacturer of plant and fruits based natural coloring and flavoring ingredients. In July, Roha acquired the color division of Egypt-based Delta Aromatics, a step towards it Middle East expansion.

Roha Dyechem is a private company, so stock information for the company is not available.