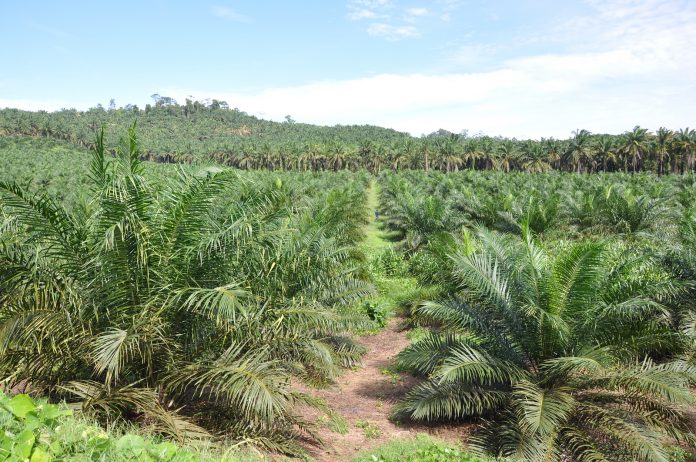 Palm oil production in Indonesia and Malaysia has long been a controversial debate. Increasingly, focus is on the need for sustainable practice, driven by EU regulations and environmental activism. In April the European Parliament voted overwhelmingly in favour of phasing out the import of unsustainable palm oil into the EU by 2020. This action targets Indonesia and Malaysia, which produce nearly 90% of the world’s palm oil. The EU is their second-largest export market after India.

Indonesia and Malaysia view Europe’s actions as discriminatory and are likely to stand by their own sustainability standards, which are already difficult to enforce. Whilst smallholders lack the financial and technical capacity, arguments for sustainability are constantly undermined by palm oil lobbyists – particularly in Indonesia. If the resolution translates into EU policy, it risks pushing Indonesia and Malaysia closer to less regulated markets.

Malaysia’s largest and Indonesia’s second-largest export commodity, palm oil is a sensitive issue affecting both countries’ economic well being. Palm oil exports earn both countries close to US $20bn annually. For them, oil palm is a ‘miracle crop’, producing approximately 10 times more fruit per hectare than other leading oilseed crops. Oil palms have longevity, with an average lifespan of 25 years. Whilst representing less than 5% of global land use for oil crop cultivation, they account for 33% of total oil production.

Western attacks on palm oil are routine, and Malaysian and Indonesian politicians usually become defensive, accusing the west of a ‘conspiracy’ against palm oil, reflected in unfair, arbitrary and hypocritical barriers to their export economies (considering the contribution of western agriculture to environmental damage).

Responding to a separate announcement by French Environment Minister Nicolas Hulot that France would seek to restrict the use of palm oil in manufacturing biofuels, Malaysian Palm Oil Board (MPOB) chairman Ahmad Hamzah said the move is discriminatory and risks bilateral trade relations. Hinting at an ulterior motive, the author of that article noted that Hulot’s view mirrored ‘that of French corporation Avril Group, Europe’s largest biodiesel producer’, which ‘uses French rapeseed as its main feedstock for biodiesel’. They added that Malaysia has 55% of land under forest cover, while France has just 37%.

Albeit reputed for their lack of transparency and vague criteria, the main problem concerning the ISPO and MSPO initiatives is the lack of financial capacity for smallholders to implement these standards. Of the 9 million people employed across Indonesia’s and Malaysia’s palm oil sectors, smallholders account for 35-40% of total land under cultivation and 33-35% of total output.

According to Pablo Pacheco, smallholders are alienated by this matrix of market regulations, ‘lack[ing] the technical capacity and/or resources to comply with’ them. ISPO and MSPO are thus neglected by a substantial proportion of plantations operating in those countries, and government officials fail to hold them accountable.

Although MSPO is set to be made mandatory by 2019, Malaysia will face difficulties in achieving this goal. First, there must be more support for smallholders, with technical assistance to meet sustainability objectives. Meanwhile, Pacheco acknowledges, ISPO is ‘yet to gain traction’, held back by a host of ‘political and legal barriers’. In particular, high costs for smallholders are constantly used by opposition politicians to argue against sustainability pledges made by the Indonesian government.

After 2015’s devastating haze and forest fires (caused by the large-scale drainage of carbon-rich peatland), President Joko ‘Jokowi’ Widodo pledged to introduce a moratorium on the development of primary forest and peatland.

Albeit potentially harming exports and investor confidence in the short term, this moratorium could help restructure the industry into becoming more efficient and sustainable. This makes sense given the slowdown in planting of new palms; particularly as Sumatra and Kalimantan are increasingly stripped of available land. Research showsthis moratorium could reduce deforestation by 28% and cut greenhouse gas emissions 16% by 2030 – all the while increasing palm oil supply ‘due to higher production originating from smallholders’.

Yet, palm oil regulation is a political football in Indonesia. Legislators in the House of Representatives, the body responsible for passing legislation, are opposing Jokowi’s plans with a new bill that protects the right to operate on peatland. It has the backing of the Indonesian Palm Oil Association (GAPKI), a powerful political lobby.

Supporters say it will protect Indonesia’s strategic interests and empower the poorer farmers. However, NGOs argue that it actually protects the large developers, and have criticised the bill as ‘a corporate effort to drain state finances’. The bill offers a variety of tax incentives to palm oil investors, which they argue are inappropriate considering the industry’s lack of improvement.

Environmental damage aside, Indonesia has done little to rid the industry of its worst practices. Increasingly frequent reports of land grabbing, child labour and harsh working conditions have deteriorated palm oil’s reputation, contributing to falling prices of the commodity globally.

Both countries have indicated they will send a delegation to Europe to lobby for the palm oil sector, whilst also threatening to involve the World Trade Organisation (WTO) if it becomes a ‘discriminatory’ EU directive.

Nevertheless, compliance with EU standards could help both countries to combat negative perceptions surrounding this industry. This could help global exports over the longer-term future. Realistically however, neither country will reform its entire palm oil industry just for continued access to that market – which is declining in significance.

According to Jarred de Haan, palm oil exports to the EU have fallen significantly since 2014. ‘A major factor…is the commitment by the Netherlands, which accounted for sixty per cent of Indonesian and Malaysian palm oil imports in 2012, to only use certified sustainable palm oil, causing imports from the two countries to halve between 2012 and 2016’.

With the EU unlikely to change its stance, the shortfall in European trade will be counterbalanced by India and, increasingly, China. China is the third-largest export market for palm oil, and India and China together account for approximately 33% of all exports. The EU now accounts for just 13%. In the future, difficulties in compliance with EU standards will encourage Indonesia and Malaysia to rely more strongly on exporting to less regulated markets.

Overall, a lack of will from both countries to embrace and enforce sustainable practices is the main barrier to improving the industry. Particularly Indonesia’s palm oil sector is driven by vested interests, which represent a substantial obstruction to sustainability efforts. Contrary to changing their attitudes, both countries are likely to view increased trade with China as the more appealing – albeit detrimental – solution.

Alexander Macleod is a doctoral researcher at Newcastle University with a focus on Southeast Asian politics and geography. Article as appears on Global Risk Insights: http://globalriskinsights.com/2017/08/indonesian-malaysian-palm-oil-crossroads/