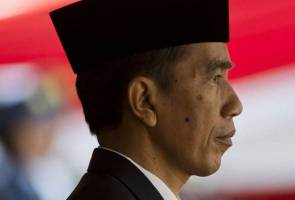 Islamic State attacks have been on the rise in Indonesia but an even more lethal and lasting threat may result from the government’s gambled response, write Blake Herzinger, Phill Hynes and Mark Burke.

Even the nation’s officials concede that overcrowded cells have become a virtual breeding ground for jihadists. Jailed clerics openly preach calls for jihad to inmates and the wider world.

“For Indonesian jihadists, a spell in prison, rather than being an intervention stage, is seen as a way station to further glory,” says Per Saud Usman Nasution, Chief of Indonesia’s National Counterterrorism Agency. “Many leave prison not only unreformed, but also more influential in local jihadi circles.”

The former chief of the NCA went further in a separate interview, stating that prison wardens asked for radicals not to be placed in their jails, because guards feared for their families’ safety if they intervened with militants.

Imprisoned Islamists in Indonesia are allowed to wear robes rather than prison uniforms. They have regular access to the world partly due to the fact that much of their food is supplied directly from sources outside the prison. Islamist doctrines are openly preached throughout the prison system, and in at least one case an inmate even converted a prison guard to radical Islam. Although the number of pro-ISIS prisoners is small within the national prison population, the freedom of communication open to these high-risk prisoners to pursue their extremist agendas with the external world and within the prisons is alarming. Discussions with Syria-based jihadists, organizing their couriers (frequently their equally committed wives) and orchestration of recruitment, training and attacks – all are available to them.

For evidence of links between radicalization in prisons and terrorist operations, consider the attack on the Sarinah shopping mall in central Jakarta earlier this year. All four of the attackers visited ISIS supporter Aman Abdurrahman in the high security Nusakambangan prison on several occasions leading up to the day of the attack. Indonesian National Police Chief Badrodin Haiti publicly stated that the Jakarta attackers had been in touch with at least five incarcerated militants at various points during the operational planning stage. Two of the attackers were previously incarcerated in Indonesia for terrorism-related offenses. One was an inmate in Jakarta’s Cipinang prison, along with a score of militants known to be under the influence of Abdurrahman during his years in that same prison facility.

The spiritual leader of Indonesia’s local Jamaah Ansharut Tauhid jihadist movement, Abu Bakar Ba’asyir, has been in prison since 2011, but has had regular access to social media, telephones and couriers, all carrying his sermons, and Abdurrahman could also communicate freely from prison, until both men were transferred to Indonesia’s highest security institutions. Abdurrahman and Ba’asyir both also pledged their allegiance to ISIS from behind bars, as did over 20 other prisoners.

Official leniency is also extended to local radical Islamist group Jemaah Islamiyah, as President Widodo’s government prioritizes the threat from Islamic State. The authorities have virtually negotiated a deal with Jemaah Islamiyah, agreeing that no action will be taken against the group if they encourage their followers not to carry out attacks in the country. It has been given a platform to preach its opposition to ISIS. Both current and previous Jemaah Islamiyah senior members are given free rein to espouse their radical (yet non-violent) views on listeners in local mosques.

Police are keeping a close eye. Yes, Jemaah Islamiyah is quiet right now and has not executed any attacks, but promoting such extremist rhetoric (despite not calling for violence) is most certainly luring in recruits and instilling the necessary mindsets within them for when there is a call to action.

Should Jemaah Islamiyah re-adopt political violence, not only will the group be of greater numbers than ISIS in Indonesia but it will also have retained military expertise and local logistical and operational capabilities that may well surpass Islamic State’s. In many ways, the government has taken a serious gamble with this strategy of backing a non-violent Jemaah Islamiyah.