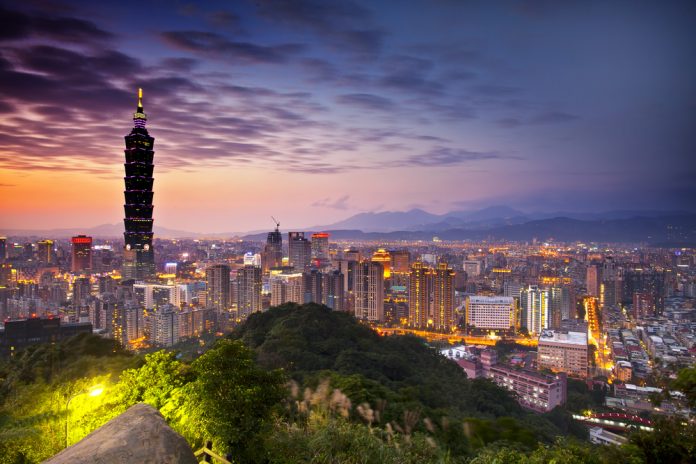 Since reaching a one-year high against the U.S. dollar on September 6, the Taiwan dollar has shed 2.4% against the USD upon the pricing in of a Fed rate hike before the end of the calendar year.

Taiwan’s central bank has cut its overnight rate by 50 bps over the past year, but will likely keep rates flat for the entirety of 2017 as the economy’s growth and inflation rates stabilize after the export slump. This points to the U.S. dollar potentially continuing to appreciate versus the Taiwan dollar, but the effect will likely be slight, as the Federal Reserve is unlikely, at this point in time, to hike more than once in 2017. Volatility in the foreign exchange market is likely maintain above-trend levels with political uncertainty in the EU (e.g., Brexit, Italy referendum). Accordingly, investors may opt for the safe haven of a reserve currency, such as the U.S. dollar, versus that of Taiwan.

Taiwan’s equities market, as represented by the Taiwan Stock Exchange Weighted Index (TWSE), is volatile for the reasons mentioned in the final paragraph of the previous section. Although the index has seen about a 10% appreciation in 2016 – largely from a combination of export growth and monetary policy easing — it is still 8% off its pre-recession May 2015 highs.

With the many unknowns regarding the country’s economy and merely ordinary baseline growth expected going forward, there is little anticipation that investing into the country’s stock index can provide double-digit return expectations.

Naturally, for yield-seeking investors, Taiwan’s sovereign debt is not the most alluring option.

Due to a combination of risk factors relating to the cyclicality of the country’s export sector (and its dependence on the Chinese economy), uncertainty with respect to global trade agreements, middling growth prospects ahead, and the inadequate returns expectations with respect to the country’s currency and stock and bond markets, Taiwan is one international market where I’m not currently involved from an investing standpoint.