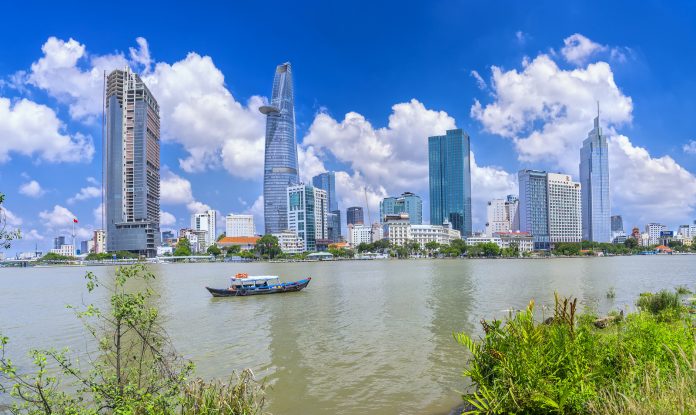 The Central Highlands have long been a strategic economic, political location in the history of Vietnam. Sharing borders with Laos and Cambodia, this region is one of the most important location for the economic development of Vietnam in the next few years.

A region full of potential

The Central Highlands, or the Western Highlands, is located in the West and South West of Vietnam. The region contains five provinces: Lâm Đồng, Daklak, Dak Nông, Gia lai and Kon Tum. These provinces are expected to show high potential for development in renewable energy, agricultural and tourism in the coming years.

According to the Minister of Public Security’s speech in the fourth conference on investment promotion in Central Highlands total investment capital has reached VND 266 trillion in 2015 with an annual growth rate of 11.3 percent between 2011 and 2015. To date, there have been 140 FDI projects worth US$772.5 million in the Central Highlands. This number is expected to grow significantly in the next few years, especially as the government is trying to improve the region’s infrastructure and paying more attention to renewable projects in its long-term plan of development.

Tourism and agriculture are two important sectors that appeared very promising to foreign investors, especially investors from Korean, Japan, and China. However, Central Highlands are not being fully explored, thus, bringing more opportunities for future investors to enter the race.

The Central Highlands is a prominent location for solar potential maps in Vietnam. According to Vietnamese authorities, the total hours of sun in Central Highlands varies from 2000 to 2600 hours per year. Korean Solar power investors in this area are upbeat on the prospects for the region and have published findings indicating a direct solar radiation generation of 5 kWh per square meter. With this in mind, Vietnam’s Central Highlands is an ideal place to develop a solar power plant.

In addition, the region’s wind power capacity could reach 2000MW, which is even more than the second largest hydro power plant of Vietnam in Hoa Binh.

In addition to its advantages in solar and wind power, the region is also getting more and more popular as a promising land for FDI projects in agriculture. Central Highlands cover an area of 5.46 million ha, in which 2 million ha are used for developing agricultural. Besides, the region contains 74.25 percent of the red basalt soil of Vietnam, making it an ideal place for large-scale production specialized in coffee, pepper, tea, cashew, cassava, rubber.

Realizing the growth potential of this sector, investors from Korea and Japan have launched several projects with advanced agricultural techniques to maximize production in the region. New policies and tax incentives are also available to encourage and attract investments. Although climate changes may appear to be a threat, agriculture will continue to grow and strengthen its position as an important sector of Central Highland’s provinces.

Dalat, Kon-Tum and Gia Lai are famous destinations for eco-friendly and historical tourism. Cool weather, beautiful natural sight-seeing, historical museums and also the variety of food specialties are the reasons why more and more tourist chose these destinations for a get-away on the weekend. In 2016, Dalat city of Lam Dong province welcomed 5.4 million visitors, an increase of 6 percent compared to 2015. On top of this, the number of international visitors reached 270,000 people with most travelers coming from South Korea, China, Thailand and the United States.

The city also has been ranked by The New York Times as one of top 52 tourist destination in the world. Although the region’s tourism industry used to suffer from the past because of poor infrastructure and facilities, the situation is getting better recently thanks to investments from government also foreign investors. New tourist products with better services are now provided, making the region even more attractive to tourist. Besides, many investments in hotels, amusement park, restaurants are about to kick off in the near future, helping these provinces to fully exploit tourism potential of this region.

The Central Highlands contributes 9 percent of Vietnam’s GDP. Ignoring all the advantages it has developed in its economy, the region still remains poor compared to others. Foreign investment is limited in both quantity and quality. However, with new incentives and support from the government, the investment’s environment of Central Highlands becomes more and more attractive.

Beside many investment incentives such as corporate income tax exemption, land use rental reduction, import tax exemption, etc., FDI projects can benefit from province-specific investment support. For example, investment project in high-tech applied agricultural business can receive support from Kon Tum province for the development of greenhouses and net houses with a support level of VND 50,000 per square.

Each province in the region have different types of support and incentives to attract foreign direct investment, thus to maintain the sustainable growth of the region. In the future, Central Highlands will continue to consolidate its position as an important region in the economic development of the whole country.