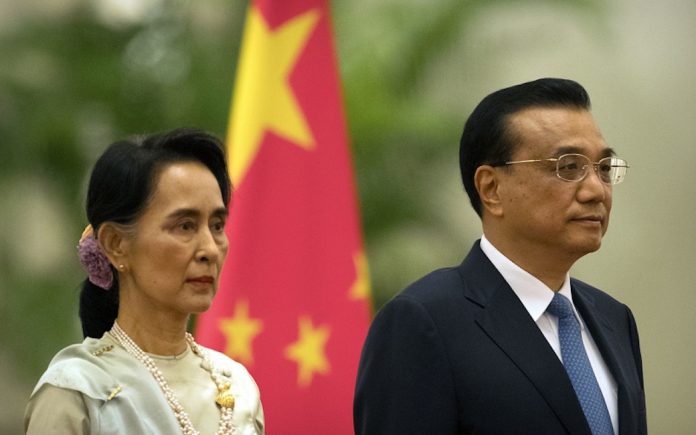 By letting its citizens support ethnic Chinese rebels in Myanmar, China is hurting its economic interests, and sowing instability both at home and abroad.

A little over a month since the signing of a tentative peace agreement, fresh violence has broken out in Myanmar. The 21st Century Panglong Conference was supposed to help bring an end to decades of fighting in the country, yet this week a coalition of rebel groups launched a coordinated attack on government installations, resulting in eight deaths and 29 casualties. The rebel offensive is taking place along a 105 mile trade corridor in the Kutkai township. The rebel coalition consists of various regional and ethnic minority armed factions including the Arakan Army, Kachin Independence Army (KIA), Ta’ang National Liberation Army, and the Myanmar National Democratic Alliance Army (MNDAA).

None of these groups were signatories to the 21st Century Panglong Conference, although the KIA’s political arm (KIO) did attend the meeting.

While existing tensions between Myanmar’s government and rebel groups are decades old, this latest bout of violence is interesting because of the motivations behind the attacks. Specifically, the rebels are voicing their lack of faith in government promises to protect minority rights. To this end they have made a direct connection between the government’s anti-Rohingya crackdown and this latest string of rebel attacks.

Despite being an unrelated Muslim minority that many in Myanmar consider to be foreign interlopers, the plight of the Rohingya is being used to justify renewed resistance to the government, despite the political ascendancy of Aung San Suu Kyi (who herself has been criticized for her silence on the Rohingya issue) over the past year and a half. The new rebel offensive coincides with anti-Rohingya crackdowns by the government which have resulted in the destruction of over 1200 homes. This offensive has also seen the deaths of 69 alleged insurgents and 17 government security forces.

A key player in this conflict, one which is often overlooked, is China; indeed both the KIA and MNDAA are directly benefiting from ties with China. The Chinese government has long had a laissez-faire attitude towards rebel groups near its southern border. Until the uptick in violence in 2014, which coincided with Myanmar’s opening to the wider world, China delegated relations with regional rebel groups to provincial officials in Yunnan province. Chinese citizens and companies have long maintained illicit trading relationships with rebel groups such as the KIA, with rebels selling jade and teak to Chinese buyers in order to fund their organizations. These transactions have been tolerated by Beijing, as it gave China influence in the conflict.

The problem in 2014 was that as violence escalated, China’s cozy relationship with rebel groups became a liability. Firstly, the creation of refugee camps on the Myanmar-Chinese border (such as the 8,000 person Je Yang camp) facilitated both legal and illegal cross-border trading with camp residents and rebels in the area. When violence escalated, several hundred Chinese citizens were caught in the conflict zone after having crossed the border to trade. Moreover, during fighting in 2012-2013, artillery shells landed in Chinese territory.

This trend appears to be repeating itself in 2016 as one person in China has already been wounded by stray bullets coming over border. As a result “the Chinese army is on high alert and will take the necessary measures to […] protect the lives and property of Chinese citizens living along the border,” according to the Chinese Foreign Ministry. The flow of refugees is also beginning, with over 3,000 having crossed into China in recent days.

What is surprising is that while China tolerated border-region dealings with the KIA, it is now openly allowing Chinese citizens from across the country to donate funds and material to the MNDAA – otherwise known as the Kokang Army. The MNDAA consists of members of Myanmar’s approximately 150,000 ethnic Chinese citizens. The group’s web portal, the Righteous Kokang Official Blog openly announces that it has members operating in mainland China, coordinating donations and spreading awareness of the struggle. The group’s Weibo page has even been accredited as an official government outlet by Chinese internet regulators, a surprisingly open declaration of support, especially given China’s fundamental distrust of (especially ethnic minority) separatist groups.

China is undermining its own interests by supporting rebels

MNDAA operatives in Nansan have stated that they have had no problems with the Chinese authorities, despite receiving ¥125,000 ($18,000) from anonymous Chinese netizens since June. The group operating in Nansan has also received helmets and telescopes from Chinese donors, also without any complaint from Beijing.

The tolerance of MNDAA activities in China, as well as comments from Chinese netizens arguing for the inclusion of the region into a greater China, is indicative of Beijing’s efforts to promote nationalist sentiments. The danger of course is that tolerating expansionist language targeted at incorporating foreign ethnic Chinese populations will fuel tensions with neighboring countries.

Another very real risk for China is that such support could see the emergence of a cross-border insurgency, with the MNDAA seeking refuge in the remote jungles of Yunnan in order to launch attacks in Myanmar. A failure to do anything would torpedo relations with Myanmar at a time when it no longer counts Beijing as its only friend.

Growing international engagement and investment in Myanmar means that China must now work harder than ever to maintain its influence. Conversely, attempts to remove the rebels from Chinese territory would only put Beijing in the MNDAA’s cross-hairs, perhaps leading to an influx of ethnic Chinese foreign fighters from the mainland entering the conflict.

Moreover, these latest actions will only complicate China’s relationship with the KIA, as the Kachin people are, in all but name, the same ethnic minority as the Jingpo in Yunnan. Such open support for the MNDAA will likely encourage some Jingpo to make similar donations to the KIA: the same concerns about Chinese foreign fighters entering Myanmar also exists here. While Beijing is likely to clamp down on any such actions by its ethnic minorities (see China’s harsh controls and punishments for the Tibetan and Uyghur causes and their sympathizers), it’s relaxed attitude to the MNDAA presents a slippery slope.

While opening the door to increased international activism in the Chinese population, the move also highlights and reinforces the two-tiered system in China, namely what is unacceptable for China’s ethnic minorities is okay for the Han majority (i.e supporting cross-border ethno-political causes). This two-tiered attitude could only further incite anger among China’s ethnic minorities along the southern border.

As if this situation was not enough of a headache for China, all this increasing instability (which Beijing is either openly or implicitly fueling) is occurring in a vital economic corridor. Instability in Myanmar prevents greater Chinese infrastructural investment in the area, which in turn undermines Beijing’s One Road, One Belt initiative. Myanmar is the linchpin for Chinese access to the Indian Ocean, one that would connect Burmese deep-sea ports to southern Chinese industry. China will not let violence in Myanmar seriously threatens the New Silk Road, but it is only complicating the matter for itself by maintaining links to rebel groups, as the conflict could quickly snowball into an unmanageable situation.