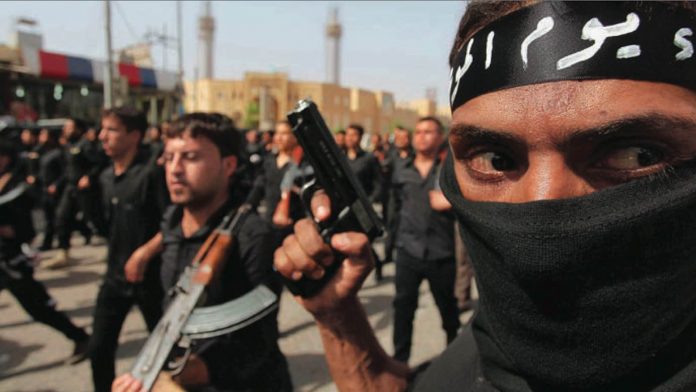 In recent weeks, the world has been shocked by the unpredictability of Islamist militant attacks devastating Orlando, Nice and Germany.

Islamic State’s call to arms has clearly been answered by an array of disparate supporters. The global jihadist landscape is in transition.

Yet the attacks aren’t as sporadic as their seeming randomness might indicate. On the contrary, there is evidence to suggest these changes are long and well prepared in anticipation of what is now taking place: the sustained demise of the caliphate in Iraq and Syria.

The knee jerk response from ISIS has been to broaden its conflict globally. In 2015, there were 658 deaths from 46 terrorist attacks in the Americas and Europe. But these horrors compared with more than 28,000 deaths from over 2,000 incidents in the Middle East, Africa, and Asia. Now, the balance is starting to shift.

But despite the pain felt in France, Germany and America, the most significant broadening of the conflict has been in Bangladesh. Massacres in the past month have exposed its vulnerability.

The upsurge hasn’t come out of the blue. Combat indicators have been flashing warnings as offensives progressed from individual to coordinated attacks and increased in their frequency during the past two years. With even so-called expert observers and analysts ignoring such obvious signals, the risk is that further developments are also being missed.

The Holey café wasn’t the only atrocity. Just a day earlier, militants hacked to death a Buddhist farmer named Mong Shwe Lung Marma, a local official of Bangladesh Awami League in the south of the country; Islamic State affiliated media said the group carried out the attack. The next day, three suspected Islamists hacked to death a Hindu temple worker, Shaymanonda Das, escaping on motorcycles in the southwestern Bangladeshi district of Jhenaidah.

The escalation of terror has been all too obvious.

Under present conditions, however, neither frequency nor the severity of attacks is likely to subside. So far, the authorities have shown themselves unable to counter the terrorist threat. The government’s mass crackdown a few months ago, which according to various media sources netted up to 14,000 suspects, was as politically motivated as it was targeted at militants. The violence that followed shows it failed to deal any crippling blow to terrorism.

This is a cause for concern far beyond Bangladesh’s borders. ISIS is increasingly viewing the country as its bridgehead to South and Southeast Asia.

Islamic State’s terrorists are bedding down for the long haul across three main catchment areas in Bangladesh –the center, the west and the northwest of the country.

These are the operational and command hubs intended ultimately to connect into West Bengal and Assam in India.

There is a clear correlation between these hubs, the geography of attacks, ISIS recruitment hot spots and the patterns of missing people of interest.

As a case in point, several of the Holey café attackers attended the North South University along with a lecturer at the scene who seemed surprisingly relaxed. The institution has been known for several years as a magnet for jihadists. Other institutions in the region are almost certainly also being used as recruitment hubs, including a faculty of Malaysia’s Monash University, where students have gone missing.

The Bangladeshi government and security forces, belatedly investigating the disappearances, have identified 261 young men missing. Some will inevitably already be in the hands of extremist recruiters, grooming them for further attacks.

Among those vanished are up to a hundred Bangladeshi nationals, wanted for various acts of crime and terrorism. Many may be sheltering in West Bengal.

Historically, there have been very few attacks in this region. But that may be about to change. Dhaka witnessed the shocking effects of what just a handful of missing students could inflict. If current trends follow patterns of the past, then missing students and youth signal expanding local recruitment. Heightened attacks are likely in the region marked in green.

Despite denials by Bangladesh’s ruling political party, there is at the very least a significant ideological and theological influence from ISIS and its leader Abu Bakr al-Baghdadi.

The group stated its intentions for Bangladesh and the wider region in April through its newly anointed Emir of Bengal, Shaykh Abu Ibrahim Al-Hanif.

When asked in an interview in Dabiq, the Islamic State mouthpiece publication, about plans to “aid the weak and oppressed Muslims in region, especially those in Burma,” Al-Hanif laid out a strategy to consolidate in Bangladesh and Bengal, and then launch operations farther afield. Actions of late would suggest this consolidation is taking shape. ISIS appears closer to meeting its objective than most officials are willing to acknowledge.

The authors of this report are Phill Hynes and Hrishiraj Bhattacharj, analysts for ISS Risk, a frontier and emerging markets political risk management company covering North, South and Southeast Asia from headquarters in Hong Kong.