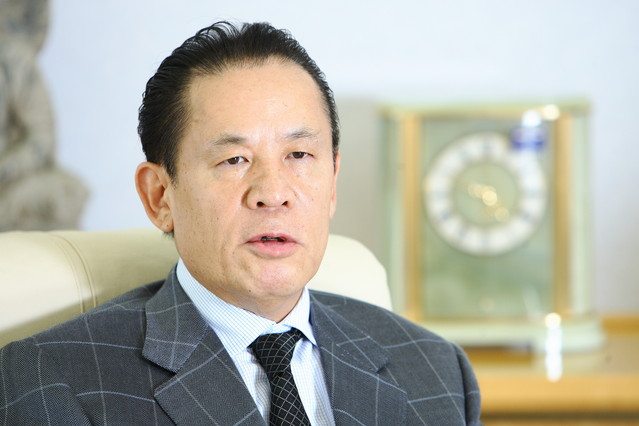 Okada to transform the Philippines into ‘the next Hawaii’

Billionaire Kazuo Okada, whose net worth stands at $2.4 billion currently, intends to transform the Philippines (EPHE) (PIE) into “the next Hawaii.” The country’s appealing beaches and its plan to become a major leisure and entertainment (BJK) (PEJ) hub in competition with the likes of Macau and Singapore stand in support of Okada’s intentions. The Japanese tycoon believes that the country can become a money-spinning tourist destination as more and more Chinese citizens visit its shores.

Okada, Chairman of the Tokyo exchange traded Universal Entertainment Corp. (TYO: 6425), who recently opened a casino resort in Manila, believes that Philippine gaming market could ultimately surpass Singapore. “Our initial target is to have 30% of the guests from the international segment, but we would eventually like to bring that up to 50%,” said Okada. “We are looking at China, Taiwan, Korea and Japan — if you think about it from proximity, a lot of our guests will initially be coming from China and Taiwan.”

The Okada Manila resort was granted permission to commence gambling operations by the Philippine Amusement and Gaming Corporation (PAGCOR). The costs for the completion of the massive project are estimated to be $2.4 billion. The casino resort was developed by the Philippine-based Tiger Resort, Leisure and Entertainment Inc., which is a subsidiary of Universal Entertainment, headed by Okada. Much of the project was financed via debt and a private placement that was concluded in October 2016.

After a three-day preview event on December 21, 2016, Okada’s Manila casino resort has been open to gaming and catering. The resorts’ hotel and restaurants should open with Okada Manila’s official opening which is scheduled for the first quarter of 2017.

According to a recent filing with the JASDAQ Securities Exchange by Universal Entertainment Corp (TYO: 6425), sales at the Okada Manila casino resort “are currently expanding on a daily basis.”

The Philippines: the next best leisure destination?

In August 2016, the Sino-America Gaming Investment Group LLC and the Macau Resources Group Ltd. (MRGLF) had also been seeking approvals from the Philippine Tourism Infrastructure and Enterprise Zone Authority, or TIEZA, for the start of their Mactan Leisure City project in the country.

Kazuo Okada, too, plans on building three more casino venues in Entertainment City. It may not be long before we see the likes of Wynn Resorts Ltd. (WYNN), MGM Resorts International (MGM) and Las Vegas Sands Corp (LVS), looking to expand their business at the Philippine shores.