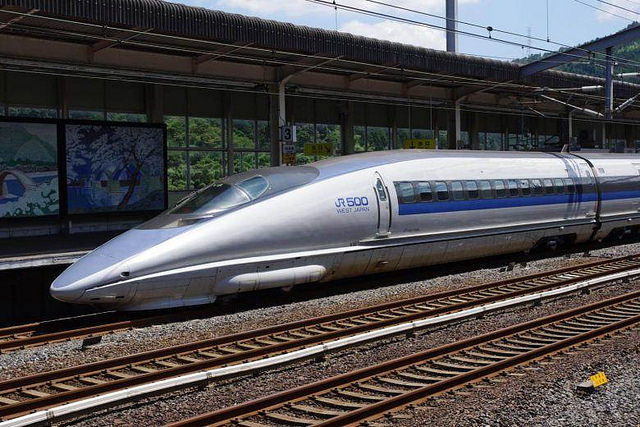 Japan’s diplomatic ambition to compete with China in maintaining its foothold in Thailand seems soon to fizzle out following the failure to reach a deal on a high-speed train project between the Japanese and Thai governments. News of Japan’s rejection of calls to invest in Thailand’s bullet train made headlines in Bangkok, and suggests a more unpredictable trajectory in bilateral ties.

The two countries have long discussed a business opportunity where Japan was invited to invest in the Shinkansen-like high-speed railway from Bangkok to the northern city of Chiang Mai. An early deal was interpreted as a strategic calculation by Japan to counter the rising influence of China in Thailand.

It is noteworthy that China is also planning to finance construction of a high-speed railway from Bangkok to the northeastern province of Khorat. But to date, the Sino-Thai deal has not been finalised either, pointing to a serious problem related to the confidence of foreign investors in Thailand’s political stability.

On 7 February, Thailand’s Transport Minister Arkhom Termpittayapaisith held a meeting with Noriyoshi Yamagami, Japan’s Deputy Director-General of the Railway Bureau, Ministry of Land, Infrastructure, Transport and Tourism. But Japan was unwilling to meet the Thai request for a joint investment. Instead, Japan insisted on Thailand funding the entire project, but would offer soft loans to aid the construction.

From the Thai perspective, a joint investment with Japan was preferable given the fact that the Thai military government has faced economic difficulties since it took power in a coup in 2014 and suffered from international sanctions against the regime. Arkhom informed the media that seeking joint Japanese investment was a way to minimise government debt. The initial estimate of the cost of the project stood at $13.5 billion.

Japan has its reasons for rejecting the Thai investment offer. On the technical side, the Japanese design of the Shinkansen-style train in Thailand was likely to be altered. Thai Prime Minister General Prayut Chan-o-cha ordered that the train’s maximum speed must be reduced from 300 kph to 180-200 kph, primarily to save construction costs.

Japan argued that it would not be cost-effective to invest in a slower train. Skipping certain stations may decrease the project’s capital investment. But Japan saw the alteration in terms of a loss of potential passengers who live near the cancelled stations. Japan may also have been aware that its Shinkansen train would lose its well-known brand as being one of the world’s fastest.

A deeper concern has been the continuing volatile political situation in Thailand. Japan has monitored the Thai political crisis closely and at times exploited it for its own benefit. For example, Japan has kept a channel of communication with the Thai junta open, as a way to insert its influence, partly to offset the overwhelming dominance of China over Thailand.

In the past months however, the political temperature in Thailand has been rising. The government cancelled the general election for the fourth time, raising anxiety among foreign investors, including the Japanese, regarding the unsettled political climate. The postponement of elections drove pro-democracy activists to protest against the delay of democracy. The junta has pressed charges against them, worsening the human rights situation in the country.

Despite the threat of jail terms, Thai activists continue to challenge the authorities. Observers predict that the relentless protests could justify the junta’s use of violence to crack down on its opponents. These activists have long complained about a lack of serious pressure from the international community. Sanctions against the junta may still be put in place, but the junta has proven itself able to tolerate such punishment. Thus, Japan’s move into a complicated business deal could produce undesirable repercussions for its long-term interests.

More importantly, the popularity of Prayut among Thais has dropped significantly, following his reluctance to tackle corruption cases, one of which involved Deputy Prime Minister General Prawit Wongsuwan and his many high-priced watches. A famous social critic, Sulak Sivaraksa, even openly encouraged younger soldiers to stage a countercoup against the current military government. This political struggle will serve to shake the confidence of Japan in investing in any projects with the Prayut government.

A few years back, the Japanese business community began to worry about the political uncertainties in Thailand particularly during the royal transitional period. The Thailand-Plus One model was thus initiated in order to create alternatives for Japanese investments, instead of having to rely on the Thai market alone. Today, Japan is still implementing this model, by searching for alternative locations for investment in the region.

JETRO reported that among investment destinations cited by Japanese companies intending to expand business overseas, Vietnam ranked fourth with 32.4 percent, up from 28.7 percent last year. China and Thailand continued to rank first and second, although the figures for the two countries decreased from 56.5 percent last year to 53.7 percent and from 44.0 percent to 41.7 percent respectively. The US claimed third place at 33.7 percent, up from 31.3 percent.

It will take a while before Thai passengers will be able to enjoy their high-speed train rides. Politics has complicated the project for too long. The mismanagement of the national budget in Thailand made the construction of its first-ever high-speed train railway a low priority. Japan’s withdrawal from the project is today perceived as a rational decision.