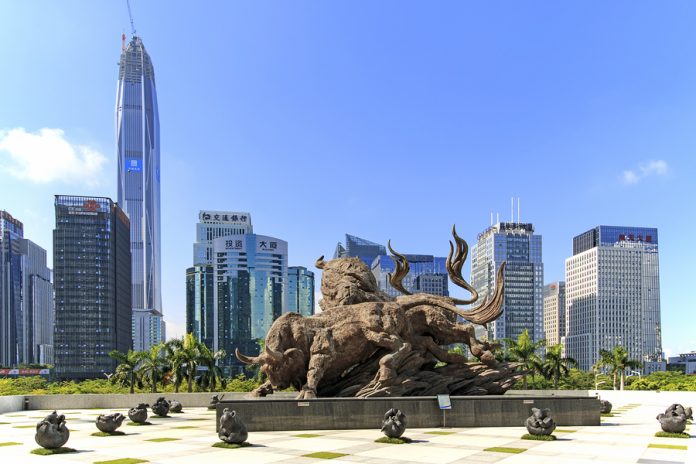 Capital controls in China: the bright side

Over the recent past, Chinese buyers have been increasingly engaging in M&A activities (MNA) (MRGR) abroad, some with the sole purpose of financial diversification. These types of deals allow the investor to partake in the price return and payouts of the firm while paying little or no heed to the synergy generated.  Moreover, such outbound fund flows exert a downward pressure on the currency. 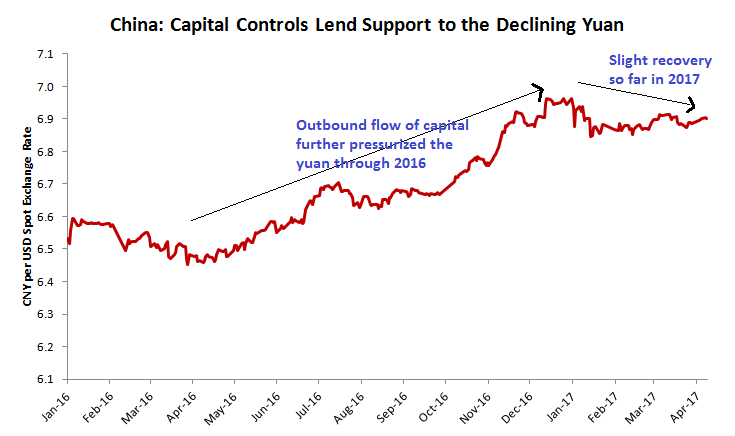 The Chinese yuan was the worst performing major Asian currency in 2016, down 6.5% for the year. Consequently, China strengthened capital controls in the form of restrictions on overseas investments and additional charges on remittances to support its currency, the yuan, at the start of 2017. Since the beginning of this year, the yuan has shown some recovery, appreciating from 6.943 Chinese yuan to one US dollar (UUP) (as of Dec 30, 2016) to 6.898 yuan to one US dollar as of April 7, 2017.

Capital controls in China: the flipside

Now let’s take a look at the flip side here. Capital control measures imposed by the authorities in China have led to a slump in M&A investments from the region. According to a McKinsey study, China’s M&A activity abroad receded by as much as 64% (from $86 billion in 1Q16 to $31 billion in 1Q17) due to capital control measures adopted and imposed by the Asian (AAXJ) nation. The foreign exchange issue has significantly cooled off deal activities in the first quarter,” commented Paul Gao, Senior Partner, McKinsey.

While on one hand China’s foreign exchange regulator is urging multinationals such as IBM (IBM), Visa (V), Pfizer (PFE), Sony (SNE), BMW (BMWYY), Daimler, and Shell (RDS-A) (RDS-B), to cooperate in the management and control capital flow out the economy, their capital controls have also made it very difficult for multinational corporations to handle remittances and outbound flow of money from their business, as well as investments. This was reiterated by a recent statement by hedge fund manager Kyle Bass, “The Chinese have made it impossible for multi-national corporations to remove money from China (FXI) (YINN) (ASHR) (MCHI).”

“One Belt, One Road” hits a speed bump

Moreover, tightening capital controls are also leading to delays in the financing of projects that are a part of China’s ambitious “One Belt, One Road” initiative. Companies could require as much as 3-6 months to get financing approval from China for many of the Silk Road projects on account of the additional documentation and explanations that are now required.