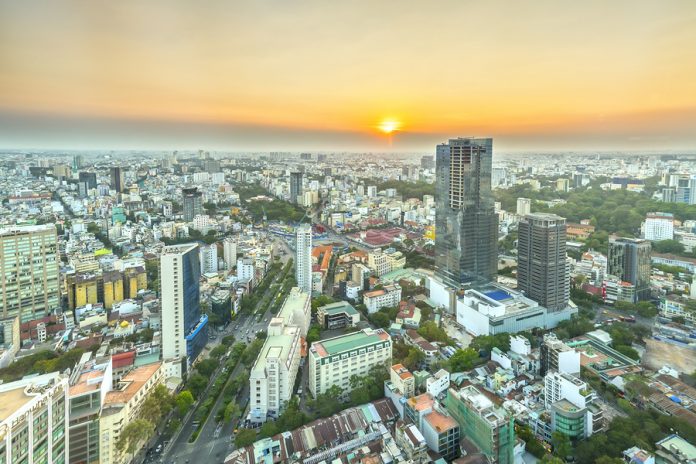 This is post 3 of 3 in the series “What Has Been Fuelling These Three Frontier Market ETFs?”

The stock market in Vietnam is outperforming thus far this year. The MSCI Vietnam Index has risen 8.6% until May 18, outperforming the index provider’s Frontier Markets Asia Index, which has risen 5.7%. This strong showing in the year so far nearly reverses the -8.5% returns posted by the Index in 2016.

The VanEck Vectors Vietnam ETF (VNM) is the only fund traded on US exchanges that invests to a large degree in Vietnamese equities. Stocks from the country form 71% of the ETF. The fund tracks the performance of the MVIS Vietnam Index. 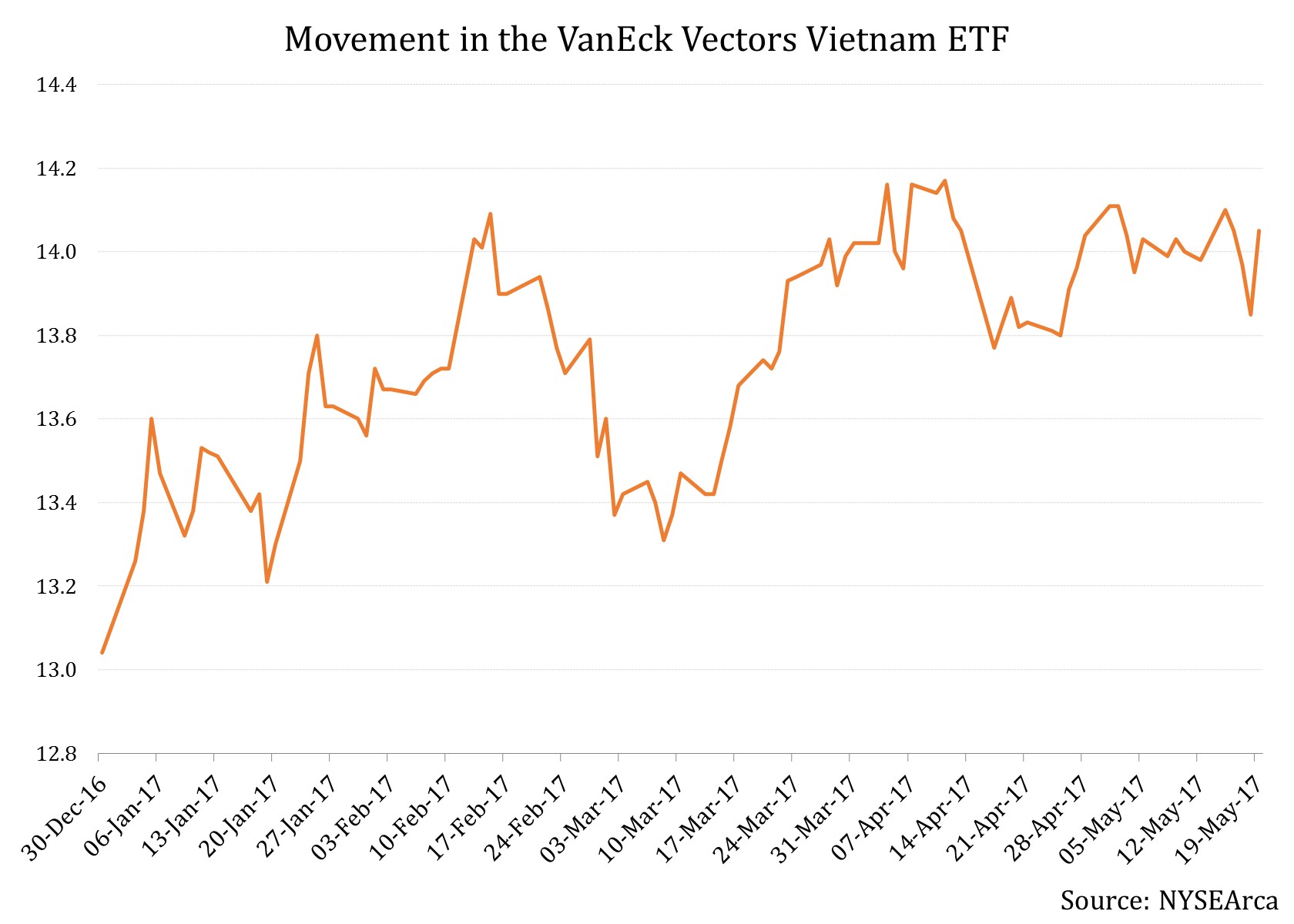 The fund does not have any exposure to the telecom services sector. Assets of the ETF are quite evenly distributed among the top four of the remaining ten sectors that the fund is invested in. They form a combined 71% of the VNM.

Consumer staples and financials lead sectoral allocation. These two sectors have emerged as the top two contributors to the fund so far this year, with financials leading staples by a wide margin. Saigon Securities Inc. and Vietnam Dairy Products JSC have led financials and staples, respectively.

On the other end of the spectrum are energy and consumer discretionary sectors, which have weighed on returns due to SOCO International Plc and Eclat Textile Company dragging on the sectors, respectively.

Vietnamese equities are yet to catch the interest of US investors this year. According to Bloomberg data, the VNM has attracted net inflows of just $10.8 million in YTD 2017.

Going forward, the positives for stocks from the country include a relatively bright macroeconomic picture compared to other countries from the region. Economic growth in Vietnam has been 5% and above since the turn of the century. Affirming the positive environment in the country, ratings major Fitch revised the outlook on Vietnam’s sovereign ratings from ‘stable’ to ‘positive’ on May 18.

The other positive aspect is the government’s drive to reduce its stake in companies and encouraging firms to list on exchanges. The government intends to privatize half of the state-owned companies by 2020. This will broaden the stock universe for investors.

Further, the Vietnam State Securities Commission announced on May 18 that it will begin derivative operations from June 2 with futures contracts on stock indices. This has been long anticipated with derivative contracts expected to deepen the stock market.

There is a challenge for Vietnamese equities, though. With a price-to-earnings multiple of 15 for the VNM, valuations are not excessively cheap. The efforts by the government and regulators to attract more investment can make Vietnam stocks more valuable, but many will be keeping an eye on valuations as well.

This is post 3 of 3 in the series “What Has Been Fuelling These Three Frontier Market ETFs?”