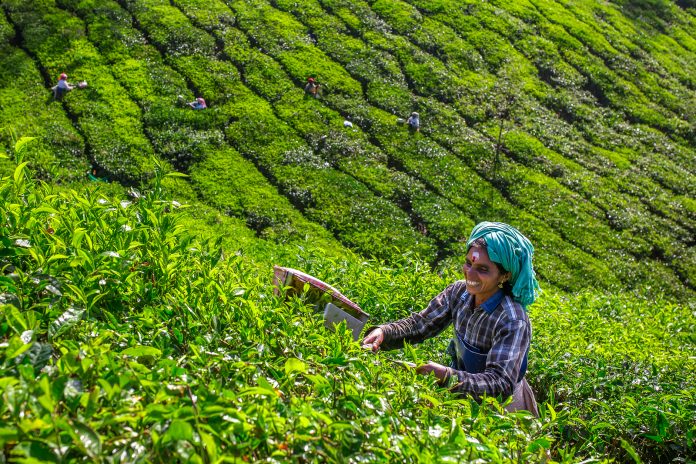 Wieden + Kennedy deserve a lot of credit – Make in India set the stage for the new government. The broad policy direction was everything that India’s economy seemingly needed: removing barriers to foreign investment, improving the ease of doing business, as well as encouraging the development of infrastructure and the workforce. But after three years, what has changed?

The government removed most FDI barriers, but shock (demonetization) and poorly implemented (GST) reforms have caused some foreign investors to feel uncertain about India. The Smart Cities and Skill India initiatives – designed to create modern infrastructure and up-skill the labor pool, respectively, are great ideas, but have become social media bait for online trolls.

In a more competitive policy environment, Make in India would likely have been deemed a failure. This government is still struggling with basic industrialization and mass employment when other governments – like China – are developing technology-driven industry. The now-in-opposition Congress party had set the bar very low by 2014, making Modi’s Make in India platform look like a godsend, but India now needs something more than a good public relations campaign.

Make in India can count relaxed FDI Norms, improved investor perception, and a surge in automotive and electronics manufacturing among its successes.

The government liberalized FDI policy by allowing automatic route for over 50 percent investment in 25 sectors including railways, defense, medical instruments, and telecom. Consequently, the FDI inflow grew by 20 percent in 2014-15 and 2015-16.

In 2016-17, the country attracted its highest ever FDI of US$60 billion. Significantly, the manufacturing sector saw a 38 percent increase in investment in 2016-17.

Major firms including General Motors, Apple, and Foxconn name-checked Make in India when announcing big ticket manufacturing projects in the country, while countries including Japan, South Korea, Sweden, and Germany have pledged larger investments and technical support to India. In the most recent example, the Japanese Prime Minister committed to investing across sectors – automotive manufacturing, startups, and infrastructure.

Manufacturing activity has certainly picked up in the country. Data published by DIPP in December 2016 shows that industrial activity rose by 29 percent during 2015-16 over the previous fiscal. Much of this growth is concentrated in three states – Karnataka, Madhya Pradesh, and Maharashtra, which were in any case already established manufacturing bases.

Ultimately, however, Make in India has not resolved all the issues that it set out to do.

India’s manufacturing and transport infrastructure is also severely inadequate to enable businesses to conduct their operations smoothly. The government has initiated six major industrial corridors, dedicated railway freight corridors, and port development projects, but none of them are operational – optimists project 2019 as possible.

FDI inflows show that much of the funds are diverted towards stressed assets or brownfield projects. In 2015, nearly 23 percent of the total FDI inflow were invested in brownfield projects, increasing to 48 percent in 2016. Indeed, several global companies including US-based JC Flower and Apollo Global Management; Canadian fund Brookfield Asset Management; and, China’s Shanghai Fosun Pharmaceutical have set up joint ventures in India to buy up stressed assets.

India’s rank in the World Bank’s Ease of Doing Business has risen, but not many businesspeople will say that business in India has gotten any easier. As an example, there has also been a spurt in the number of stalled economic activities since September 2016. Economic projects – including in the infrastructure, manufacturing, and services sectors – are often stalled due to lack of government clearances, funds, raw materials, and other resources.

As of September 2017, the value of stalled projects stood at US$204.26 billion (Rs 13.22 trillion). In percentage terms, about 13 percent of all projects have been stalled, two-thirds of which are in the private sector. In the manufacturing sector, the stalled projects constitute about 25 percent of all activities in the sector. This trend has disturbed prospective investors, and resulted in a significant drop in the number of new projects announced this year.

Sudden, and at times contradicting, policy measures by the government is affecting businesses’ ability to plan their processes in advance. For instance, frequent changes in the GST rules is causing an environment of confusion and uncertainty in the economy. In another recent example, the luxury auto industry was blindsided by the government when the maximum levy was almost doubled, immediately after GST rates were set. Last year’s demonetization exercise also crippled manufacturing supply chains, leading to reduced industrial and shrinking retail activity.

Make in India has had a patchy, and rather subdued, impact on the Indian economy so far. While the initiative succeeded in creating new interest for investing in India, it has not been able to transform it into any significant rise in manufacturing activity. In fact, recent economic shocks delivered by a poorly implemented demonetization and GST have dampened investor sentiment, neutralizing Make in India’s impact.

Further, the global value chains that ushered in manufacturing hubs in East Asia are now rapidly transforming. Businesses no longer rely on cheap labor for production purposes, but are instead adopting technologies such as 3D printing and smart automation. The technology-driven ‘fourth industrial revolution’ or Industry 4.0 is changing the fundamentals of manufacturing processes. World over, major manufacturing giants are rapidly adopting robotics in industrial units. Robotics in Chinese manufacturing units, for example, is likely to grow by 150 percent in 2018.

Recent political developments have also increased protectionism in Western economies, which were traditionally the destination for goods made in East Asia. Export-dependent manufacturing may no longer be a viable economic model for emerging economies to emulate.

India must quickly adapt its policies to reflect the changing nature of the industry. The government is already revamping the National Manufacturing Policy, and revising Make in India to accommodate these changes. It is seeking to modernize its digital infrastructure to support the new era of manufacturing. But is it too little, too late?

The country cannot rely on big-ticket industrial units alone to transform into a manufacturing hub. It must create a positive environment for small and micro businesses to function and grow in. Policies for these businesses must include flexible credit instruments, good industrial linkages, relaxed labor norms, and provision of some managerial assistance for scaling up businesses.

Until the government develops the political willpower to take up these challenges, the burden will remain on the private sector to find trusted partners on the ground in India.