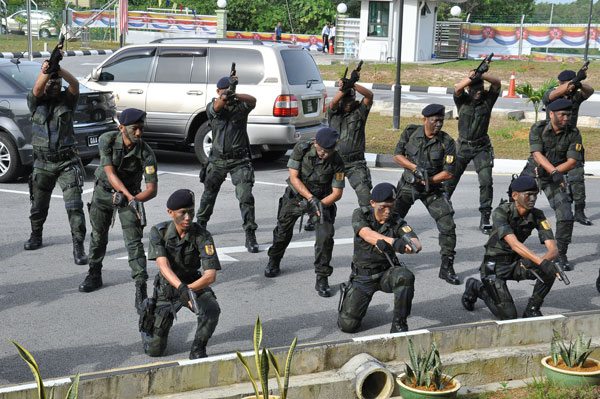 The Western Mindanao Command (Wesmincom), a division of the Armed Forces of the Philippines’ Wide Support Commands Combating Terrorism and Insurgency, yesterday confirmed the killing of the alleged leader of Southeast Asia terror group Abu Sayyaf.

The militant was killed in a shootout in waters off Sabah in Borneo by Tiger Platoon, which is part of Malaysia’s General Operations Force, the infantry arm of the Malaysian police.

“The death of [Abraham] Hamid is a big blow to the ASG as it neutralized one of the notorious bandits leader and will degrade their capability for spotting and kidnapping victims in the future,” said the Wesmincom spokesman Major Filemon Tan.

Hamid was known as the kingpin of Abu Sayyaf, having led the kidnapping of several foreigners in 2015, two of whom were Canadians Robert Hall, 50, and John Ridsdel, 68, who were beheaded in April and June of this year.

Despite a major military offensive against Abu Sayyaf this year involving more than 6,000 Philippines troops, navy gunboats and rocket-firing air force aircraft, the militant group has maintained its strength.

The Philippine military claims it killed 70 Abu Sayyaf militants and captured 32 others from July – October in an offensive targeted specifically at the group.

According to a joint military and police threat assessment report circulated in late October, Abu Sayyaf pocketed at least $7.3 million from ransom kidnappings in the first six months of 2016.

The now former Chief of Staff of the Armed Forces of the Philippines (AFP), Gen. Ricardo Visaya said in mid-November that he is optimistic the military will completely decimate Abu Sayyaf by his self-imposed deadline of 8 December, which was his scheduled date for retirement.

However, as of today, the terrorist group is still holding 22 captives, including German sailor Jurgen Kantner, a Dutch national, five Malaysians, six Vietnamese, seven Filipinos, and two Indonesians. Most of them are believed to be in their island strongholds in Jolo and Basilan.

Lieutenant General Eduardo Año, former Commanding General of the Philippine Army, was named as new Chief of Staff of the Armed Forces of the Philippines last Wednesday. Año built his reputation by landing high profile arrests of communist leaders as a veteran intelligence officer.

Duterte Warns of Islamic State In The Philippines, Says Will Not ‘Allow My People To Be Slaughtered’