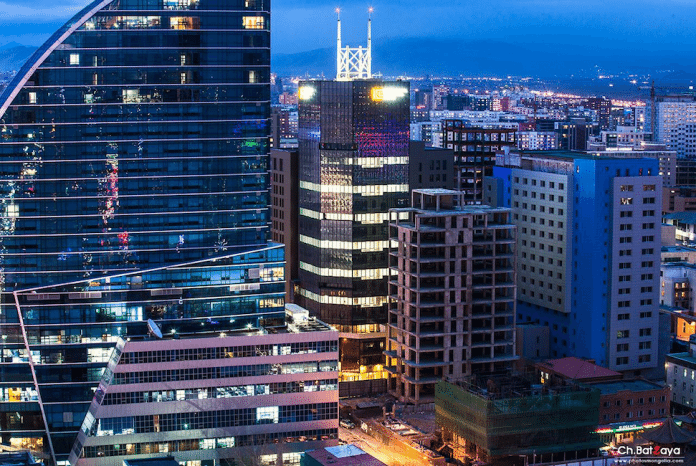 Fifteen years after starting a real estate business in Ulaanbaatar, American Lee Cashell is looking to take his company global.

From humble beginnings in 2001, Asia Pacific Investment Partners has grown into Mongolia’s largest integrated property company, combining development with estate agency, market research, construction and cement manufacturing. Now, Cashell, who runs APIP with his Mongolian wife, Tsendsuren Bordukh, is turning the group into an international concern by selling shares on the London Stock Exchange’s AIM board.

APIP has identified a pipeline of potential property investments in Myanmar, and has begun incorporating a domestic real estate agency business in the commercial capital, Yangon, the company said in a regulatory statement on Nov. 28. APIP plans a “cautious, research driven, agency-led expansion,” making use of local contacts, due diligence and fundamental analysis.

“We have spent the last 15 years in the Mongolian market building what we believe is the country’s only vertically integrated property development company,” Cashell, the CEO and Chairman, said in the statement. “Our research driven model provides us the insights necessary to take advantage of future opportunities in frontier markets.”

APIP reported an operating profit of $11.3 million for 2015 and net assets of $50.5 million as of June 30. The group’s Mongolian property investments include eight land bank lots; these are worth a combined $312.8 million, according to DTZ Cushman & Wakefield calculations that are based the market value and comparisons with finished properties as of Sept. 30. The IPO will provide additional funding for real estate and other businesses, according to the statement. Cashell declined to comment beyond the statement.

The company plans to expand research coverage from Mongolia and Myanmar to 15 emerging and frontier markets through its new Propeterra unit to help drive sales and related advisory services.

With last year’s commodity price declines weighing on Mongolia’s economy, APIP says it’s positioning to benefit from anticipated recovery. Demand for modern apartments will be driven by urbanization and a growing number of expats moving in as investment increases in road, rail and mining projects like the Oyu Tolgoi copper and gold mine, according to the statement. Around 60% of the country’s 3 million inhabitants were still living in traditional “ger” tents at the time of the most recent study in 2010.

Along with leadership in luxury real estate in Mongolia, APIP plans to expand into the growing middle-income sector. An example is a mixed-use development called Park Place, in Ulaanbaatar’s central business district. Estimated for completion in 2020, Park Place will feature luxury condominiums, a high-end 8,000 square-meter retail mall, and a 125-room luxury hotel. APIP is also in the process of obtaining final permissions to start work on Circus Residence and Oasis Residence, middle-income apartment projects also located within the CBD.

A shortage of modern shopping malls in Ulaanbaatar has driven up retail space occupancy rates to 97% from 85% five years ago. While average occupancy within the CBD dropped to an historic trough of 67.5% in August, the rate had been dragged down by the opening a month earlier of the Shangri-La mall, which only achieved about 30% occupancy at launch. Other malls in the district have maintained 98-100% occupancy, according to APIP’s statement, while average retail rents have risen 7.3% in the past five years.

The group says it expects continued opportunities to buy partially finished developments from smaller, often first-time, developers who are unable to complete their projects, and from local banks sitting on non-performing loans linked to real estate.

The residential mortgage market in Mongolia is in very early stages and its development has the potential to boost affordability. The group plans to use part of the IPO proceeds to introduce mortgage financing products to buyers of the group’s residential units.