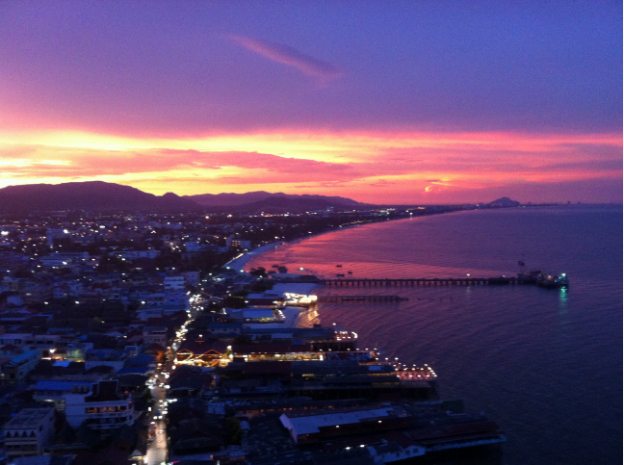 On 11 August, at approximately 22:00 hrs and at 22:20 hrs, two bombs exploded in the Thai resort town of Hua Hin (200 km south of Bangkok), killing one woman and injuring at least 20 people. The bombs were planted in large pots for trees or large flower pots in Soi Bintabaht, Fa Pha intersection. They were detonated by remote control via mobile phones. The area hit is a bar street popular with foreigners. Fatalities so far are 1 local woman who was a street vendor, whose stall seems to have taken the brunt of one of the blasts. Thus far, 23 people have been acknowledged as injured, of which an estimated 5 are in critical condition. At least 9 of those have been identified as foreign nationals. The devices were planted 50 meters apart and detonated 20 minutes apart. At the time of writing it is unknown which device caused the fatality and the casualties or whether both did. Initial suspicion would suggest the second device likely caused more casualties. If this is the case the perpetrators were probability still in the vicinity after the first device was initiated. They likely watched the scene unfold and waited for an opportune moment to detonate the second device.

Local area in Hua Hin where devices were detonated:

Earlier in the day at approximately 15:00 hrs, there was another explosion in Trang, killing one and injuring five others. It is unknown if this incident is connected at this point.

These explosions on the night of 11 August are well outside the traditional catchment areas of southern insurgency. The explosion in Hua Hin is particularly alarming, as it is far away from southern insurgency areas and it deliberately targeted an area frequented by foreigners. There are three possible scenarios regarding this attack, plus a fourth outlier scenario.

One politically motivated, therefore domestic and related to the political situation in the country. We rate this scenario as very unlikely.

The second option is that it was connected to the Southern Thai insurgency, and the insurgents are reaching north. If this is the case then it would be a game changer in the orientation of the insurgency and an indicator that there will be more attacks to come. This second scenario is possibility worth considering when we return to a deeper analysis of the incident.

The third scenario is that it is an external terrorist group seeking to target Thailand. This scenario in the current climate cannot be discounted by the Junta in the same way the Erawan Shrine bombing of August 2015 was ‘defined’ and ‘redefined’ and ultimately given no real or meaningful explanation. It simply won’t cut it this time to initially state that this was a ‘family feud’ or ‘disgruntled people smugglers’ responsible.

The fourth scenario is that the emergence of a regional terrorist network, unconnected to ISIS for the moment, has and is evolving in the region and targeting specific countries with a common objective. Again, we will come back to this in a more detailed analysis in the coming days.

The indicators that point to this attack being outright terrorism as opposed to politically motivated are that this attack clearly targeted a tourism destination, an area popular with foreigners and local Thais. The area houses a bustling night market on a popular and very busy bar and food street. The placement of the devices, the timing between detonations, the target selection, these are all indicative of lengthy forward planning.

Friday 12 August was a public holiday in Thailand. Therefore, Thursday night was guaranteed to be a busy night in such an area popular with both tourists and locals. That indicates it was a very calculated and well planned attack with the desired outcome of multiple casualties, regardless of race, religion, or nationality. If it is as we believe to be either the second or third scenario, then whichever one of the two it happens to be it is academic which, it indicates a shift in strategy and tactics for either. If it is something different to these, as in the fourth scenario, then perhaps the Erawan Shrine was not the random, one off event, executed by a loose group of unknown people smugglers the ‘government’ claims. Consequently, the motivation and those behind this attack requires careful consideration and analysis. The target selection, the MO of the attack, the tactics, and the date [the eve of a holiday celebrating the Queen’s birthday, a few days before the first anniversary of the Erawan Shrine bombing, and three days after the constitutional reform vote, are a lot of factors to consider. At this point, it is our assessment that these attacks indicate an escalation in terrorist modus operandi as well as a shift in tactics.

Flash summary of the events 12 (midday)

August As of writing this flash summary, reports have come to hand this morning of three more twin explosions:

Additionally, there are reports of the police defusing another bomb at Patong beach.

Images captured from scene of the Hua Hin blast incident on 11 August night: