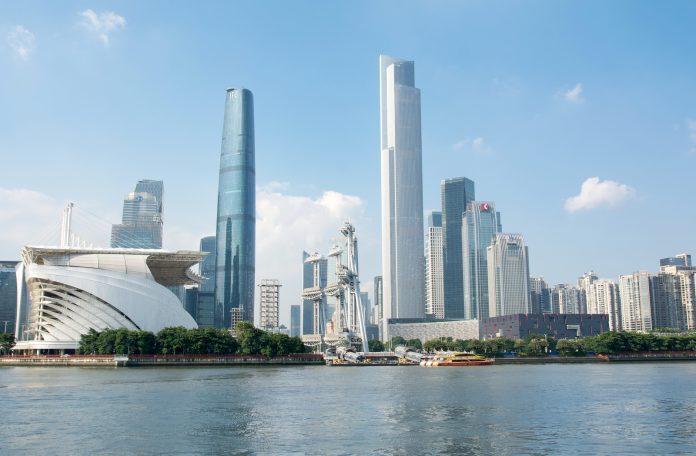 The court awarded a landmark decision in favor of New Balance (NB) against Chinese competitors deemed to have infringed the company’s IPR, reflecting China’s recent efforts to improve IPR protection.

While foreign firms doing business in China may breathe a sigh of relief at this decision, they must also recognize the implications of the decision against the backdrop of the Chinese trademark regime.

What do foreign firms need to know about the case?

The court observed that by infringing the distinctive logo, the defendants had drastically damaged NB’s business reputation and market share in China. The court ordered the defendants to pay an unprecedented compensation amounting to RMB 10 million (US$1.5 million) to NB and to immediately cease producing and selling shoes that infringe NB’s logo.

Prior to the decision in favor of NB, the company had little success with IPR infringement issues in China.

In 2015, a court in the southern city of Guangzhou ordered NB to pay US$15.8 million to a man named Zhou Lelun, who had owned the trademark to NB’s Chinese name since 1994. The court ruled that NB had infringed on Zhou’s trademark ownership, as he acquired the Chinese trademark before NB under the country’s ‘first to file’ system.

Additionally, numerous Chinese copycat brands have imitated NB’s slanting ‘N’ logo for years, including brands such as New Barlun, New Bunren, and New Boom, among others.

How should foreign firms interpret the decision?

Many foreign firms have encountered IPR protection challenges in China due to the country’s ‘first to file’ system and the problem of trademark squatting. The ‘first to file’ system is not unique to China; it is used in many jurisdictions around the world, including the majority of European countries. However, the system can prove problematic for US firms and those from other countries that do not use ‘first to file’, as they are often under the impression that China recognizes trademarks registered under other jurisdictions.

Unlike common law jurisdictions such as the United States, where legal precedents have binding value, China follows the civil law system and courts are not bound to follow decisions laid down in prior cases. Therefore, it is uncertain whether this judgment will have any significant impact on future trademark infringement disputes.

Trademark and other IP infringement litigation is an expensive and lengthy process and foreign firms often incur huge expenses in legal fees in such cases. Moreover, most cases do not result in favorable awards for foreign firms as the Chinese courts are very strict about the ‘first to file’ system and often rule in favor of trademark squatters.

What strategies should foreign firms adopt to protect their trademark in China?

In order to successfully use their trademark while doing business in China and prevent trademark squatting, it is vital for foreign firms to adopt the following precautionary strategies:

How does the decision relate to the larger IP picture?

Although China has made important international commitments to promote IPR protection within its jurisdiction since the 1980s, the Chinese government had adopted a lackadaisical attitude over the years, fostering an industry thriving on IPR infringement and counterfeit goods.

Recently, amidst international criticism of China’s business environment and extensive IP theft, the government has brought about a slew of reforms aimed at improving IPR protection in China. The courts have also adopted a similar line of approach, as evidenced from recent awards passed in favor of foreign firms.

Yet, international businesses remain highly critical of IPR protection in China due to the country’s spotty track record, and although the recent reforms indicate a step towards enhanced protection, it is uncertain how far the situation will actually improve.