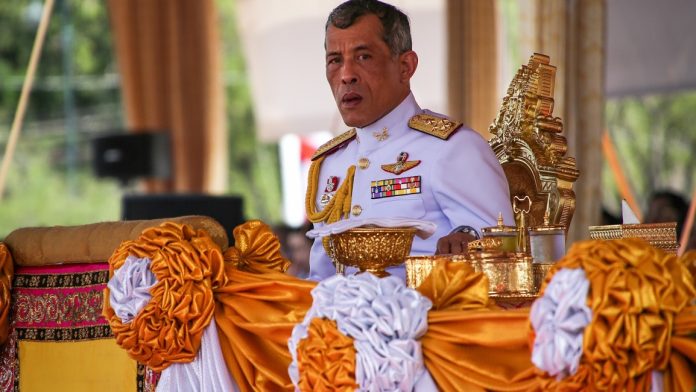 With the new Thai king crowned and his Privy Councillors appointed, Pavin Chachavalpongpun argues that cooperation between the monarchy and military will be closer than ever, in a blow for hopes of pro-democratic reform.

Vajiralongkorn was officially crowned early this month, assuming the title of King Rama X of the Chakri Dynasty. Prior to his enthronement, many analysts, myself included, predicted that Vajiralongkorn would appoint his own trusted men to sit on the powerful Privy Council. But as it turned out, the list of the newly appointed Privy Councillors contains a mix of conservative royalists who are allies of both General Prem Tinsulanonda and the current military government under the premiership of General Prayuth Chan-ocha.

Prem is a former army chief (1978-1982), a former prime minister (1980-1988), and has been president of the Privy Council since 1988. The new king decided to rely on his nemesis, Prem, to continue to serve in that capacity. Together, they nominated royalists, ex-generals and enemies of former Prime Minister Thaksin Shinawatra, as Privy Councillors. The revelation of the new members of the Privy Council confirms that the political structure dominated by the network monarchy may not change significantly, even when the legitimacy and popularity of the new king are still in doubt.

In 2012, I contributed a short article on the role of the Privy Council to Time’s Arrow and the Burden of the Past: A Primer on the Thai Un-State’—a project led by Professor Craig J Reynolds. In the piece, I asserted that, by its nature, the Thai Privy Council is an advisory and implemental body serving the king. At a deeper level, however, it exercises a dominant power function in politics, as can be seen since its establishment in 1874 during the reign of King Chulalongkorn. The king set up the Privy Council, whose members were recruited from the Council of State, also founded in the same year, to break the power of the then regent, Chaophraya Si Suriyawongse. Hence, traditionally, the Privy Council has been assigned a quintessentially political role; the significance of which increased notably during King Bhumibol Adulyadej’s reign (1946-2016).

Undoubtedly, the Privy Council is an integral part of the monarchy. As King Bhumibol embarked on a life-long project to transform a near-extinct monarchy into the country’s most powerful institution, the Privy Council’s position was also elevated. As Paul Handley, author of The King Never Smiles argued, “The Privy Council in the modern era is more of a Royal Interests Section, which not only collects information for the King, but also works actively to defend the monarchy and propagate its message.”

With the king’s blessing, the Privy Council emerged as an authoritative entity, working outside the constitutional framework to compete with other elite groups for administrative and political power. Quite often it fiercely protected its own interests in the name of safeguarding the monarchy, thereby highlighting the co-dependent nature of the relationship. The lèse-majesté law is a weapon used to undermine the enemies of the throne and those of the Privy Council.

But it is important to recognise that the Privy Council is not monolithic. There are factions within the Privy Council that construct different kinds of relationships with other power nodes outside their own networks. Successive coups have, over the years, strengthened the partnership between the Privy Council and the military. The Privy Council played its part in endorsing past coups, including the most recent ones in 2006 and 2014.

Prem has been referred to as the “chief operator” of the network monarchy. The fact that Prem is an ex-general allowed him to establish a direct link with the military. With him at the head of the Privy Council, its interests and those of the military are, for once, aligned in the protection of royal power and prerogative. Prem, in particular, constructed a complex web of relationships, as part of sanctifying royal power above other institutions within the un-state. In his overt intervention in politics, Prem placed his trusted subordinates in key positions in the bureaucracy and the army; he controlled the defence budget, and dominated national security and foreign policy, and thus the Ministry of Foreign Affairs.

The Privy Council under Prem also had its members seated on boards in major conglomerates including the Bangkok Bank, Charoen Phokphand, the Boonrawd group and the Charoen Siriwatanapakdi business group. For the Privy Council, reaching out to these power nodes is as crucial as allowing them to reach in, thus consolidating a network of interdependence. The Privy Council’s strong ties with the bureaucracy, the military and businesses effectively circumscribe the power and authority of the government of the day. When political leaders, such as Chatichai Choonhavan and Thaksin, wanted to break free from this extra-constitutional network, a coup was staged to counter their perceived defiance.

In the new set of the Privy Council, attention must be paid to certain personalities. General Paiboon Koomchaya, former Justice Minister in the Prayuth government, has been behind the operation to hunt down those living overseas who are alleged to have violated Article 112 (the lèse-majesté law). Paiboon, last year, had a meeting with the Japanese Ambassador to Bangkok to complain about my case while requesting that Japan considers sending me back to Thailand. Paiboon also put pressure on certain governments not to allow lèse-majesté offenders to use their territories as a launching pad against the Thai monarchy.

Also from the Prayuth administration, General Dapong Ratanasuwan, former Minister of Education, and now appointed as a Privy Councillor, had a part in the brutal crackdowns on the red shirts on the streets of Bangkok in 2010. And Wirat Chinwinijkul, former Secretary of the Supreme Court Office, played an important role in the judicial coup as early as 2006 against the Thaksin government. These names reaffirm that Vajiralongkorn is not interested in working with pro-democracy forces but finds his comfort in the old structure crafted by his father, the late King Bhumibol Adulyadej.

In many ways, Vajiralongkorn is obliged to lean on Bhumibol’s legitimacy in order to firm up his political power, despite the fact that he seriously lacks the moral authority and charisma his father enjoyed. For now, Vajiralongkorn is more interested in cooperating with the old conservatives and the power holders in the junta, to ensure the smooth transition of the royal succession. This cooperation between the monarchy and the military seems to suggest that the repression of critics of the monarchy will intensify and lead to an increased use of the lèse-majesté law in the future. At this point, reform of the royal institution appears to be unrealistic. At the same time, eliminating critics of the monarchy could also be counter-productive; it may escalate an anti-monarchical sentiment among some Thais.