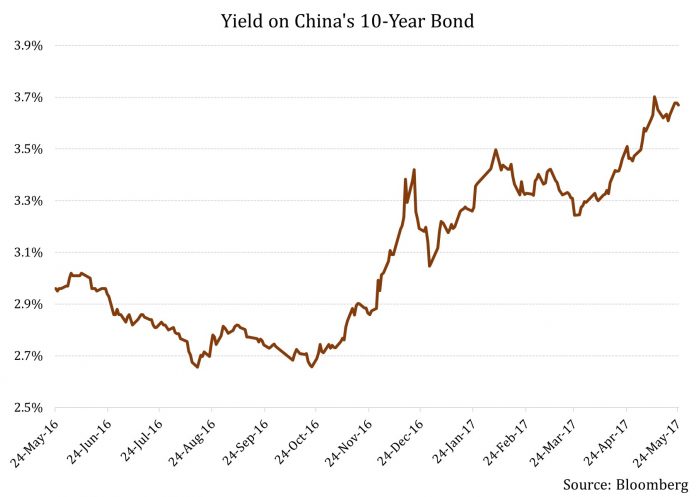 The impact of the general rise in yields on China’s bonds and the recent inverted yield curve has been visible in the nations ETFs. Among the ones traded on US exchanges, the VanEck Vectors China AMC China Bond ETF (CBON), the KraneShares E Fund China Commercial Paper ETF (KCNY), and the PowerShares Chinese Yuan Dim Sum Bond Portfolio (DSUM) have witnessed outflows amounting to $2.2 million, $3.3 million, and $4.4 million respectively in YTD 2017, according to Bloomberg data.

Of the three, the DSUM is the largest in terms of asset size with $41 million under management, followed by the KCNY with $9.9 million, while the CBON has only $4.4 million in assets. Further, the DSUM has the highest yield to maturity at 4.95% and a lower modified duration of 1.5 years, compared to 4.11 years for CBON, making the former less sensitive to changes in interest rates. 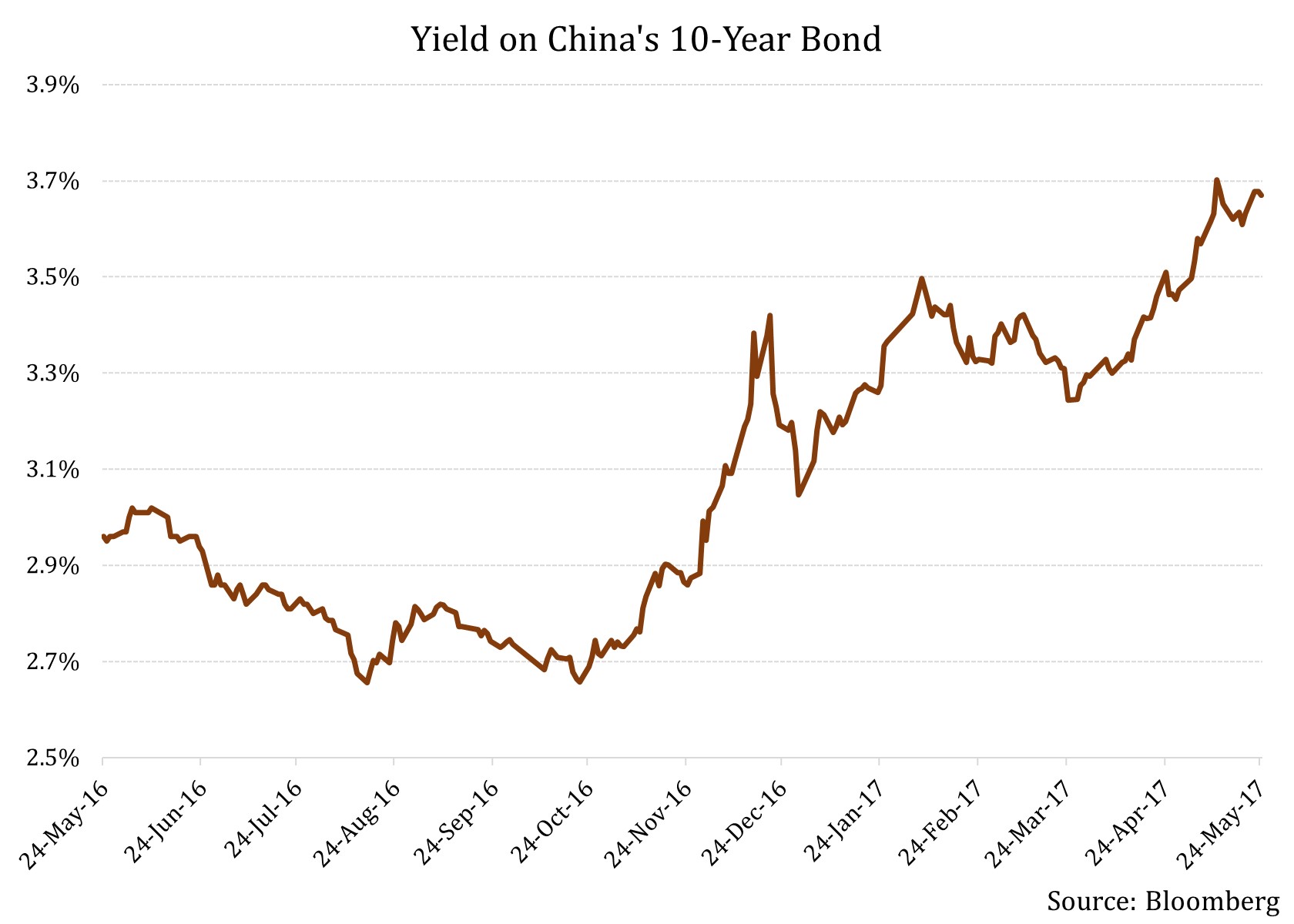 The Guotai SSE 5-Year China Treasury Note ETF – the first bond index ETF to be listed on the Shanghai Stock Exchange in March 2013 – has a noteworthy case given the present turmoil. According to Bloomberg data, it has seen net outflows worth $32 million YTD.

Its assets under management as of March 2017 had stood at 426.6 million yuan, or about $62 million. Thus, in less than two months, over half of the assets of the fund have been wiped-out or liquidated. In order to provide a perspective on the size of the fund, a few days after its listing in 2013, ETF.com had reported that inflows had amounted to $869 million.

Even with an inverted yield curve, there may be some value in China’s government bonds at the longer-end of the curve.

The surge in the five-year note’s yield is primarily responsible for the inversion. As was observed in the previous article, once this sell-off in medium-term bonds subsides, the overall yield curve may remain flat. This creates a possibility that yields on the longer-end (10-years and above) may have witnessed a peak in the near-term and may now witness declines, creating opportunities for investment.

But investors would need to keep a close eye on economic pressures on growth to ensure that the longer-end opportunities remain in viable.