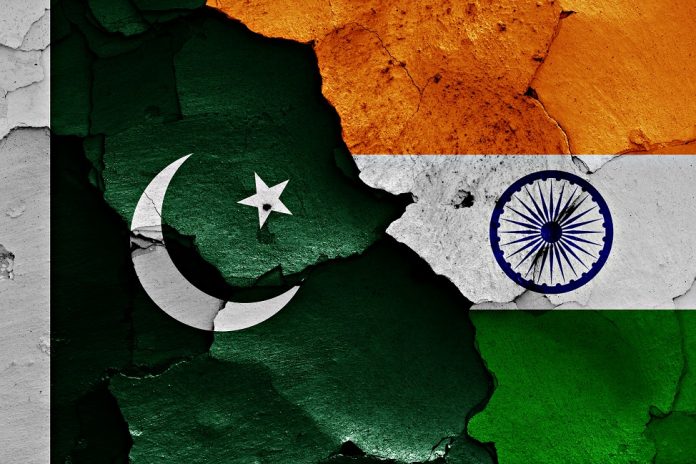 Pakistan is defeating India in their geopolitical battle. Islamabad has managed to score several geopolitical advantages, leaving New Delhi behind, according to one Forbes contributor.

Pakistan reportedly has extracted several benefits from China and the United States, according to Panos Mourdoukoutas, a Forbes contributor and professor of economics at New York’s LIU Post and Columbia University.

Using its strategic location, Pakistanis have managed to successfully negotiate a number of financial benefits that ultimately allowed it to pull ahead of India. Mourdoukoutas notes that Pakistan was smart enough to exploit its proximity to Afghanistan to get its huge foreign debts, constituting 60% of its GDP, written off by the U.S.

As for Islamabad’s geopolitical gains from Beijing, Pakistan got lucky because China “needed a western route to the Middle East, and Africa–China’s second continent,” Mourdoukoutas wrote. And the China-Pakistan Economic Corridor (CPEC), in which Beijing has so far invested $46 billion, became the solution.

Pakistan’s strong position has allowed the nation to boost its currency and increase foreign capital inflows, but not only that. Islamabad is currently enjoying a great deal of global attention thanks to CPEC.

In addition to Pakistan’s improving geopolitical position, its economy is also soaring. On Tuesday, the World Bank revised its fiscal 2017 estimate for Islamabad’s growth rate upward to 5.2% from the previous 5%. The World Bank explained Pakistan’s growing economy by a series of factors: low commodity prices, smart infrastructure spending and reforms that boosted domestic demand and gave new opportunities for businessmen and investors. Pakistan’s economy is also expected to see additional growth in 2018 thanks to improvements in sectors such as agriculture, infrastructure and energy.

CPEC is also expected to become a big deal for Pakistan. The project has huge potential to increase investment in the country, improve transportation across the region and fix Pakistan’s electricity shortages.

India’s growth rate, meanwhile, has dropped. The World Bank cut its prediction for the nation’s growth rate to 7% from its previous 7.6% figure.

CPEC is a deal-breaker for India and the U.S.

CPEC will benefit not only Pakistan but also China. The two nations have enjoyed strong diplomatic and economic ties for decades, and the joint CPEC project only emphasizes the growing strength of their partnership.

Russia, which has been strengthening ties with both Pakistan and China lately, could also become involved with CPEC. Russia’s involvement in the project would allow Moscow to engage both Islamabad and Beijing at the economic, diplomatic and strategic levels. Several other countries, including Iran and Saudi Arabia, have also shown a great deal of interest in joining the project. Only the United States and Pakistan’s traditional enemy, India, remain unhappy about the lucrative project.

India and the U.S. have been strengthening their ties lately despite the fact that New Delhi remains a close ally of Moscow. Washington views India as its pivot to the Asia Pacific region and the ally which could bring down China’s influence in the region. But India apparently doesn’t mind that Washington is trying to turn it into its pivot. On the contrary, New Delhi is eagerly trying to prove it is capable of being a reliable strategic partner of the U.S.

However, relations between India and the U.S. and India’s role as pivot to the Asia Pacific region could be scratched now that Donald Trump has been elected the next U.S. President. Only time will tell if Trump considers the pivot to Asia an effective means to bring down China’s influence in the region.

If Trump carries on with the U.S.-India alliance, it’s expected that China, Russia and Pakistan will form a strategic alliance to get the region under their control. The China-Russia-Pakistan superpower triangle could become an intimidating strategic, economic, political and military force with a massive sphere of influence. The triangle is expected to be effective at creating a balance of power at the global level, as it could compete against the U.S. and its allies diplomatically, economically and militarily.

Such a bipolar world would force Russia to cut its ties to India once and for all. Moscow and New Delhi have been very close in the past 70 years. The two nations have enjoyed a close strategic partnership, which included their joint cooperation in diplomacy, economics, defense, energy, space and anti-terrorism.

Why did Russia chose Pakistan over India?

This is where Pakistan comes in handy. Islamabad is poised to become a major strategic partner of Russia, which could purchase much-needed military hardware from Moscow. Since Russia and Pakistan signed a military cooperation agreement in 2014, the two nations have made a series of crucial defense deals, something no one expected the two Cold War-era rivals to do.

Even though Russia had for decades consistently followed an India-favorable Kashmir policy, Moscow is now not so eager to support New Delhi’s position in its diplomatic fights against Pakistan. In fact, last year Russian President Vladimir Putin rejected India’s bid to turn Pakistan into a pariah state for allegedly sponsoring terrorism. Russia’s growing cooperation with Pakistan is Moscow’s public statement that it won’t tolerate India becoming America’s strategic partner.

Moscow’s growing cooperation with Islamabad also allows Putin to get closer to China, which is Pakistan’s traditional ally and an enemy of India. Becoming friends with such a powerful and influential nation as Russia is definitely a big geopolitical victory for Pakistan.

Growing tensions between India and Russia, meanwhile, are a huge geopolitical loss for New Delhi–one that could play a cruel joke on India if Trump decides to scratch the U.S.-India partnership.

Polina Tikhonova is a writer for ValueWalk.