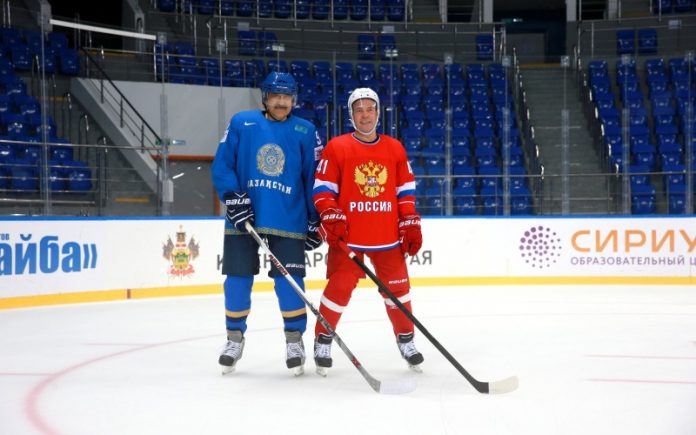 Prime Minister Karim Massimov has been ousted by Kazakhstan’s leader after a flurry of social media activity. There is more to this than meets the eye.

Kazakhstan has seen a political upset at the highest levels of power, with President Nursultan Nazarbayev removing Prime Minister Karim Massimov from his post. Massimov’s new position as security chief is widely seen as a demotion, a curious fate for one of Nazabayev’s long-time allies. Massimov had been Prime Minister from 2007 to 2012, and again since 2012; making him the longest serving Prime Minister in Kazakh history. Massimov is succeeded by former economy minister, Baqytzhan Saghyntaev.

Massimov’s removal can be seen as the result of internal politicking within the ruling elite, as he has been criticized for his recent efforts at self-promotion on social media. Specifically, he was promoting pictures of himself doing exercise, such as biking and running with ministers, as well as playing hockey with Dmitry Medvedev. These pictures drew criticism from citizens who mocked the Prime Minister’s mismatched socks, as well as his comical efforts to demonstrate his virility a la Putin.

Massimov also asked citizens to share ideas about the country’s upcoming 25th anniversary, yet this backfired as his social media accounts were flooded with complaints about the state of the economy, corruption and other issues. Lastly, Massimov also called for the return of the remains of 19th century Kazakh national liberation leaders from Russia, echoing a longstanding demand of Kazakh nationalists.

Despite his previous demotion, Massimov’s 2014 return to power would indicate a fluid and somewhat forgiving hierarchy within the Nazarbayev regime. Indeed Nariga feel out of favor with her father a decade ago, yet has since re-emerged as his likely successor. In this light, Nazarbayev may be killing two birds with one stone, by defusing a potential showdown between Nariga and Massimov, while having Massimov head national security during a wave of terrorism gripping Kazakhstan.

Kazakhstan is currently witnessing the largest wave of homegrown terrorism in its 25 year history, with seven killed in a June attack in Aktobe: security forces also killed 18 in subsequent investigations. Furthermore, in July eight people were killed in Almaty, Kazakhstan’s largest city. Kazakhstan has also foiled plans (including one to attack Russia in retribution for its actions in Syria) by eight separate Islamist groups in 2016 alone.

By ousting and putting Massimov in charge of the security, Nazarbayev may be seeking to place a now humbled, and likely more submissive administrator in an increasingly important post. Indeed, Massimov’s command of Russian and Chinese, combined with his good relations with China, would allow him to facilitate cross-border anti-terrorism activities, especially since Kazakhstan is a member of the Shanghai Cooperation Organization (SCO). China is already worried about radical Islamists, notably among its restive Uighur population, and with Central Asia’s largest Uighur population, Kazakhstan is also at risk of from terrorism, especially – given Uighur anger towards China – due to its political and economic ties with China.

Conversely, if the security situation deteriorates under Massimov’s watch, Nazarbayev and Dariga will have the perfect means to further discredit him, if they so choose.

Another way to look at Massimov’s demotion, is to view it in the context of Kazakhstan’s economic problems. Massimov’s replacement, Baqytzhan Saghyntaev was the former economy minister, as well as the head of the Kazakh anti-trust agency. Prior to that we was a businessman and economics teacher. Saghyntaev’s appointment can be seen as an attempt to show the population that the government is focused on improving the economy. The government is likely relying on Saghyntaev’s economic credentials to instill investor confidence and defuse public anger.

Saghyntaev’s past role in the anti-trust agency is likely another reason for his new position, as concerns about corruption – especially in economically troubling times – are leading to instability. This discontent has only been further entrenched when on September 5th, the head of the Khorgos International Centre of Cross-Border Cooperation – Vassiliy Ni – was arrested for taking a $1 million bribe from Khorgos Tulpan Company to secure its bid for a hotel. The Khorgos Centre has seen as string of corrupt administrators, which in turn has undermined this important Silk Road site. Kazakhstan cannot afford any damage to regional economic integration.

With economic instability in Russia, and low oil prices, gone are the days of Kazakhstan’s heady growth. With just a 0.1% growth rate for 2016, alongside the highest inflation rates since 2008, Kazakhstan is facing serious headwinds. Next to protests over Massimov’s proposed land reform measures, monetary instability forced Kazakhstan to abandon a pegged exchange rate in 2015. Since then the tenge has been one of the worst performers in the world, depreciating 45% again the dollar over the past year.

In 2015, FDI dropped by 30%, and since then Kazakhstan has made a concerted effort to attract non-oil and gas related FDI, as part of its attempts to diversify. Alongside traditional mineral and energy investments, Kazakhstan has managed to gain foreign monies for automobile and plastic manufacturing, and has seen an uptick in FDI for 2016. Q1 of 2016 saw $2.7 billion in FDI, with the government expecting around $10 billion for the year as a whole. The government has also highlighted its talks with Chinese investors about 50 projects totalling some $24 billion.

In addition, Kazakhstan is seeking to implement the partial privatization of the 65 largest state-owned companies by 2020. Currently, the government is offering up to 25% stakes in seven core assets, including: the postal service Kazpost, national carrier Air Astana, oil and gas firm KazMunay Gas, the country largest uranium producer Kazatompron, and the national grid company KEGOC.

Whether this latest cabinet reshuffle benefits either Kazakhstan’s security or economic situation remains to be seen, although it does highlight the risks associated with autocratic succession planning in troubling economic times.

Does the ‘New’ Kazakhstan Signal a Genuine Fear of Uprising?