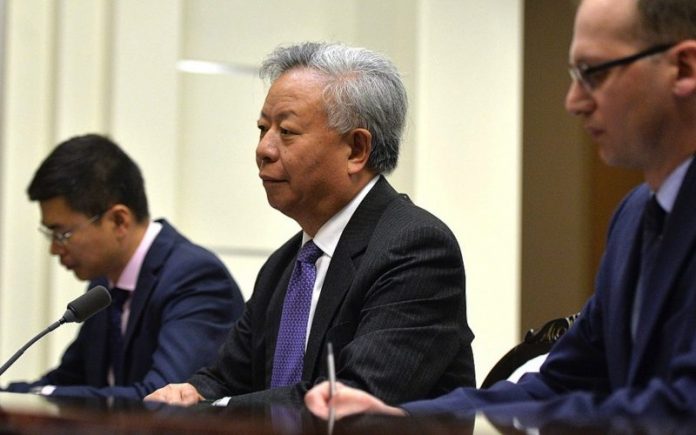 As the Asian Infrastructure Investment Bank matures, it emancipates from its Chinese parent. But the multilateral development bank remains a key instrument of China’s foreign and development policy.

Eighteen months after starting operations, the Asian Infrastructure Investment Bank (AIIB) is still in its infancy. However, the newest multilateral development bank has already declared independence from its Chinese parent. Last month, at the AIIB’s second Annual Meeting, President Jin Liqun drove a wedge between his institution and China’s flagship foreign policy and development initiative. “There has been some confusion,” he said, about the relationship between AIIB and the Belt and Road Initiative (BRI – formerly known as ‘One Belt, One Road’ or OBOR). “We operate by our standards, by our governance. The Belt and Road is a marvelous program … but we have our standards”.

On the face of it, this statement is surprising. Both proposed by China in 2013, the AIIB and the BRI have in common not only a progenitor and a birth year, they also share a same purpose: to improve infrastructure connectivity in Asia. In fact, the raison d’être of the AIIB is to implement the BRI’s hard infrastructure agenda.

By design, the BRI overwhelmingly relies on bilateral channels for its implementation. A large share of the financing for infrastructure projects indeed transits via China’s so-called ‘policy banks’ and ad hoc funds. In May, at the first BRI summit, President Xi Jinping announced an additional $70 billion for the BRI infrastructure component to be delivered via such institutions, namely the China Development Bank, the EXIM Bank, and the Silk Road Fund. Although significant, China’s commitment pales in comparison to BRI’s total cost, estimated in the trillion of dollars. Well-aware of this shortfall and of the financial risks involved, the Chinese leadership has made mobilizing external resources a priority from the outset. The establishment of the AIIB, which leverages capital from its member countries to finance infrastructure projects, intervened in this context.

Four years later, the reality of the AIIB as a Chinese-made vehicle built to work in tandem with China’s bilateral institutions to implement China’s foreign policy and development initiative is in question. From a Chinese object, the AIIB has evolved to acquire a life of its own as a multilateral institution. This emancipation of the AIIB has consequences for its operations, and potentially for its mandate.

The choices on staffing, policies, and strategies that the AIIB made to date reveal an institution created much less in China’s image than in that of the traditional multilateral development banks. Of course, the divergence of the AIIB from the Chinese model can be explained by its very nature. As a multilateral bank that borrows on international markets to finance its operations, the AIIB must abide by the standards and norms established by its Bretton Woods peers. However, another, unforeseen factor contributed to shaping the AIIB into an institution that is conceivably much different than the one China originally envisioned.

With 80 member countries so far, the AIIB’s attraction is as undisputed as it was unexpected. Paradoxically, this international success has come at a cost for China, which has been compelled to forge compromises on the AIIB’s governance and operational policies. For instance, the AIIB’s environmental and social framework and its new energy strategy bear the mark of the AIIB’s European members. They mirror the standards and rules adopted by the World Bank and the Asian Development Bank.  As more countries join in, China might also feel pressed to reduce its voting share, in effect relinquishing its veto power.

Even as China’s control over the AIIB is eroding, the multilateral development bank remains instrumental in the success of BRI – giving the Xi administration no reason to resist this evolution. To be sure, the current balance of power within the AIIB still enables China to harness the financial firepower of the bank, whose formal mandate aligns with the BRI goals. Since it started operations, the AIIB has approved 16 projects for $2.5 bn, most of which fall under the BRI umbrella. At capacity, the AIIB will have a portfolioexceeding $100 billion (and scalable to $250 billion), mostly focused on Asian infrastructure.

Furthermore, the multilateral setting enhances the inclusiveness and legitimacy of the AIIB, thereby allowing China to leverage the resources of participants that otherwise object to the BRI. India is a case in point. The country has long voiced its opposition to the BRI, citing the strategic implications of infrastructure development in the China-Pakistan Economic Corridor and in Pakistan-controlled Kashmir. At the same time, as a founding member and the host of the AIIB’s 2018 Annual Meetings, India has been an eager player in a collective institution that contributes to the BRI but steers clear of its most controversial activities. By statute, the AIIB cannot finance operations in disputed areas without the consent of all parties.

In this perspective, China’s dominance of the AIIB is at best expendable and at worst detrimental to the country’s foreign policy and development objectives under the BRI. At present, China can fully exploit the emerging division of labor between the AIIB and its bilateral institutions. Under this informal modus vivendi, multilateral capital would be applied to the infrastructure projects that present a sufficient case in terms of financial or economic viability, in line with the AIIB’s financial constraints. Chinese bilateral resources would be directed to the residual projects that find their core rationale in strategic objectives, such as dual-use infrastructures.

There remains, however, a distinct possibility that the AIIB will gradually spiral out of China’s orbit. Of the 23 countries that have joined the AIIB in 2017, 12 hail from outside the greater Asia region. As more non-regional, borrowing member countries join the AIIB, the multilateral development bank may shift the current focus on regional infrastructures to a more universal mandate, at the expense of the BRI. In such scenario, the AIIB and BRI would no longer align but merely intersect, leaving China to shoulder alone the burden of the Belt and Road.

Remy Stuart-Haentjens is a Contributing Analyst at Global Risk Insights, as originally appears at: http://globalriskinsights.com/2017/07/china-aiib-belt-road-power-sans-control/