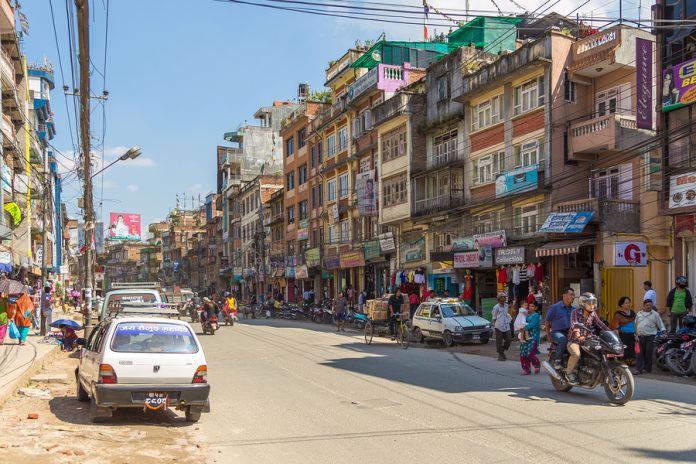 Two and a half years after Nepal`s worst earthquake in over 80 years, the scars it left are still evident across the country. In the Kathmandu Valley, home to about 20% of the population, piles of rubble and roofless buildings are a common sight. Many temples in the centre of Kathmandu, Patan and Bhaktapur have been damaged beyond recognition. While scaffolds have been erected around some of the larger temples, smaller ones are propped up by wooden beams.  The most seriously damaged are little more than piles of bricks and tiles, and are cordoned off.

Nepal`s infrastructure was also severely hit, and while the country`s communications network was restored soon after the earthquake, there are now tangles of telephone and electricity cables along many streets.  Operations to restore transport networks are ongoing, yet a high proportion of Nepal`s roads remain heavily potholed.

Despite over $4 billion of international aid pledges since the 7.8 magnitude earthquake in April 2015, reports suggest that less than 10% of the worst-affected citizens have begun to rebuild their homes. In Kathmandu, earthquake victims beg on the streets for food and water. The government’s decision in March to bulldoze a relief camp in the capital, where nearly 2,000 survivors lived, has not helped the situation.  While officials claimed the action was taken to encourage people to return to their villages and start rebuilding them, the financing for reconstruction does not appear to be forthcoming.

I spoke to a number of locals whose properties were damaged, and it was evident that very little has reached those most in need. These people told me that they lay most of the blame at the feet of the government, accusing the National Reconstruction Authority of failing to deliver promised funds to worst-hit areas in the aftermath of the quake.

The authorities’ apparent failure to disburse funding is widely attributed to a combination of political instability and inefficient aid delivery mechanisms – although some I spoke to suspect that corruption may have been a factor.  That perception is not surprising given that Nepal is ranked as the third most corrupt country in South Asia by Transparency International. Some wonder whether graft is also eroding public finances. But local NGO and media sources told me that while only 50% of this year’s budget had been deployed to date, they understood the underspend would be carried over into 2018. They thought little of it would be pocketed by dishonest Nepalese officials.

As a result of the authorities’ poor record on aid delivery – which officials blame on bureaucratic hurdles – many NGOs and foreign governments, in particular Beijing, have taken on reconstruction responsibilities themselves. Not only has China sought to assist with the post-earthquake recovery, it is furthering its strategic interests too, notably building a railway line between its restive autonomous region of Tibet and Nepal.  The project, part of China`s ‘One Belt One Road’ policy to improve Eurasian transport infrastructure, will boost Nepal`s ability to trade with the Asian giant when completed in 2020.

Along with Nepal, China has also invested significantly in Pakistani infrastructure, and this month Chinese President Xi Jinping indicated that discussions to form an economic corridor between China and Myanmar are at an advanced stage following the visit of Myanmar`s State Counsellor Aung San Suu Kyi.  New Delhi sees growing Chinese influence in Nepal as a threat to the Indian economy and worries that Beijing will exploit Nepal’s 1,088 mile border with India to export Chinese products to the latter.

While Nepal has strengthened its ties with China, its relationship with India, which still holds a monopoly over the Nepalese market, has deteriorated significantly in recent years.  Kathmandu blames New Delhi for a five-month blockade of the Indo-Nepal border between September 2015 and February 2016. The minority Madhesi community in the south of Nepal – closely related to the Indian population across the frontier –  disrupted traffic in protest over a new constitution, which they claimed disadvantaged them. Their actions caused severe shortages of oil and cooking gas.

The geopolitical battle for influence over Nepal cast a long shadow over last week’s final round of voting in elections to the national parliament and new provincial assemblies.  The Left Alliance, comprising former Maoist rebels and moderate communists, looks to have triumphed in the December 7 vote, and is now poised to form the next government and control most of the regional administrations. The outcome favours China, and could have significant implications for Nepal’s recovery. With friendly authorities in place in Kathmandu, Beijing might step up investment in infrastructure projects.

The Left Alliance appears to want to distance itself further from India as Nepal seeks to reduce its reliance on its southern neighbour. The coalition`s manifesto includes plans to terminate the India-Nepal Peace and Friendship Treaty, a bilateral agreement allowing the free movement of people and goods between the two countries. However, Nepal does not aim completely to cut its ties with India: a new trade deal is expected to replace the treaty if it is abolished.

For those worst hit by the earthquake, the possible geopolitical implications of the poll are of little concern. Their immediate needs are more basic. They hope that with the Left Alliance in power, there will be a renewed focus on reconstruction efforts across the country.

Freddie Kleiner is an analyst at Alaco, a London-based business intelligence consultancy.