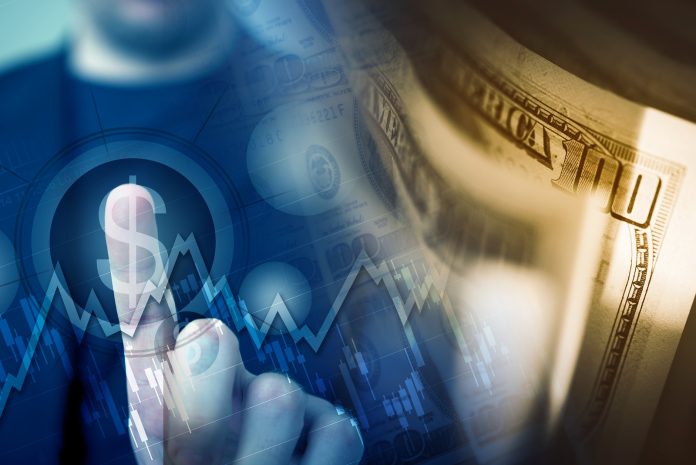 This is post 2 of 2 in the series “These Countries From Emerging Asia Carry Oodles Of Debt. Should You Be Worried?”

Do you need to be worried?

In the previous article, we saw that countries from emerging Asia in general are much more indebted that those from other regions. The question is, with US tightening its monetary policy, should investors continue to remain in emerging Asia?

To answer this question, let’s look at how the dollar (UUP) has reacted since the US Federal Reserve raised the federal funds rates on March 15. 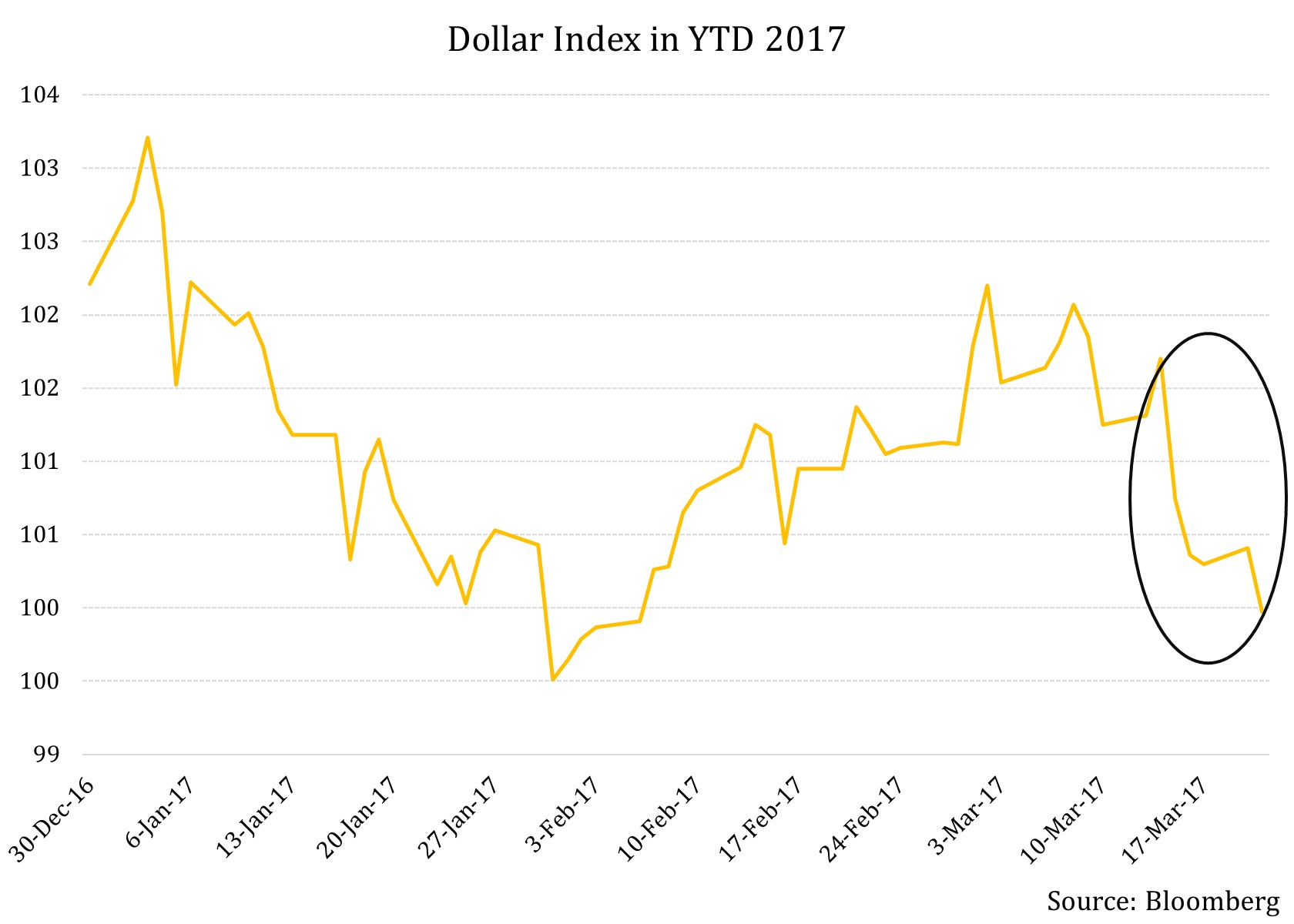 Even after a rate hike in a situation where economic growth is gaining ground, the dollar index has fallen against its peers as seen in the graph above. In fact, intraday on March 21, the index fell below the 100 mark.

The primary reason for the fall in the dollar post the monetary policy meeting is the Federal Reserve’s outlook on future rate hikes. The central bank expects to remain on a slow path to interest rate normalization, projecting only two more rate hikes this year. This allayed market fears of a sharper-than-expected pace of rate hikes given the strong economic conditions in the US, and has been the chief cause of emerging equities (EEM) (VWO) performance as well.

Looking at the bigger picture

Emerging Asia, similar to many other regions, is not immune to worries such as calls of trade protectionism from the US, a possible reduction in outsourcing jobs, and other policies which can boost the dollar in the short-term. But investors would do well to look at countries from emerging Asia and their investment horizon before deciding whether to stay invested or move out.

Asian nations are expected to power global economic growth going forward. According to the January 2017 update to the World Economic Outlook, the International Monetary Fund expects Emerging and Developing Economies to grow 4.5% this year.

Apart from macroeconomic factors, which can only work as facilitators in attracting interest, investors would notice that emerging markets of today are quite different from those of a decade earlier. A number of major  fund managers highlight these aspects and remain bullish on emerging markets.

Specifically speaking of emerging Asia, Robert Horrocks from Matthews Asia believes that there is no reason to scale back investments in Asia.

He states that “although political parties in Europe, the U.K. and the U.S. seem particularly polarized—with nationalism, anti-immigration, protectionism and mercantilism still dominant themes in attracting votes—there are some things that these trends can’t change, such as Asia’s savings, productivity and growth.”

With the dollar yet to pressure emerging market currencies, and with relatively cheap valuations backed by macroeconomic fundamentals, it seems that emerging Asia will remain a well sought after market.

This is post 2 of 2 in the series “These Countries From Emerging Asia Carry Oodles Of Debt. Should You Be Worried?”