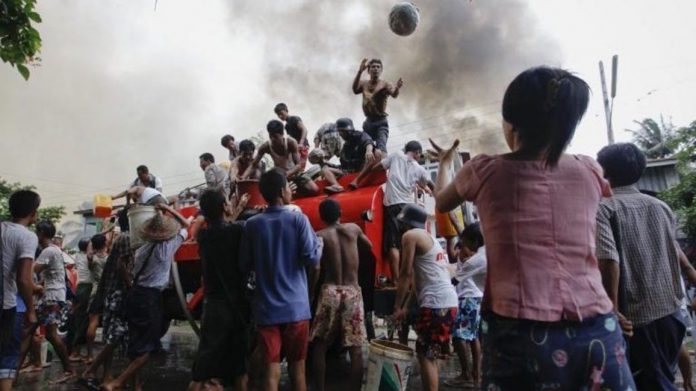 Renewed conflict in Rakhine state highlights important structural risks to Myanmar’s reform project. Military influence over politics in Rakhine could ensure that the Rohingya dilemma remains a burden for many governments to come.

Myanmar appears to be a ‘Jekyll and Hyde’ nation. On the one hand, political reforms and liberalization point to an increasingly positive FDI outlook. Touted as the next ‘tiger economy’, Myanmar is set to maintain strong growth rates until 2020. It was recently praised by the IMF for its economic progress, and is now operating free of US trade sanctions.

On the other hand, the recent trouble in Rakhine has reinforced concerns that Aung San Suu Kyi’s National League for Democracy (NLD) is not in for an easy ride. Relations with Rohingya minorities are at their lowest point since 2012. That year, intercommunal violence left hundreds of Rohingya dead and forced around 140,000 into internally displaced person (IDP) camps.

A return to violence

On October 9th, Islamist militants launched attacks on border offices in western Myanmar. The President’s Office blamed those attacks on Aqa Mul Mujahidin, a Taliban-trained Rohingya jihadist group with alleged funding from the Middle East. Fears on an Islamist insurgency provided the necessary pretext for security forces to launch a sweeping counterinsurgency operation against Myanmar’s Rohingya Muslims. Soldiers have allegedly entered villages and forcibly removed thousands of villagers from their homes, marking a significant escalation in violence since 2012.

The UN has called for probes into the military’s intervention, threatening negative exposure which could harm Myanmar’s prospects for international support and investment. It is not impossible that the threat of sanctions may again be leveraged to incentivize UN-directed reforms around this issue.

There is also the outside threat of more sophisticated forms of violence. According to the International Crisis Group (ICG), October’s coordinated attacks demonstrated ‘an unprecedented level of planning in a conflict that has to date seen little sign of organized violent resistance’. Given those militants’ potential backing from Taliban forces, this unrest could foreshadow a coordinated string of attacks. Militants could target key political, military and economic infrastructure to gain leverage and try and force the government into making political concessions.

Alexander Macleod is a doctoral researcher at Newcastle University with a focus on Southeast Asian politics and geography.