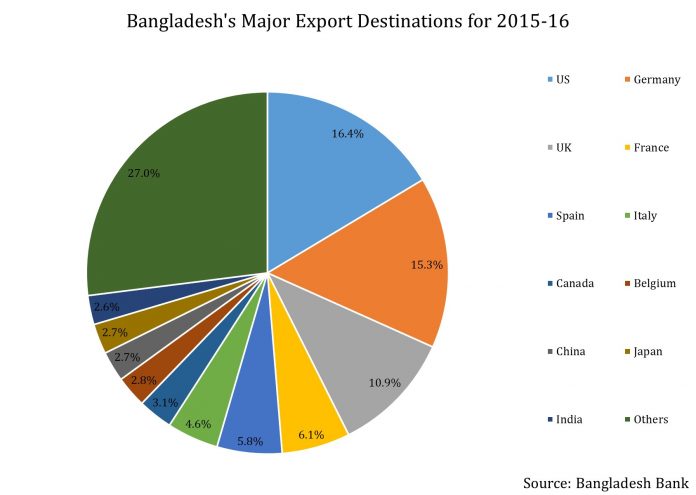 Russia (ERUS) has been a close strategic partner of Bangladesh since the latter’s independence in 1971. However, it does not feature as a major trading partner of the country as shown in the top export destinations of Bangladesh in the graph below. However, renewed ties between the two nations may see that picture changing. 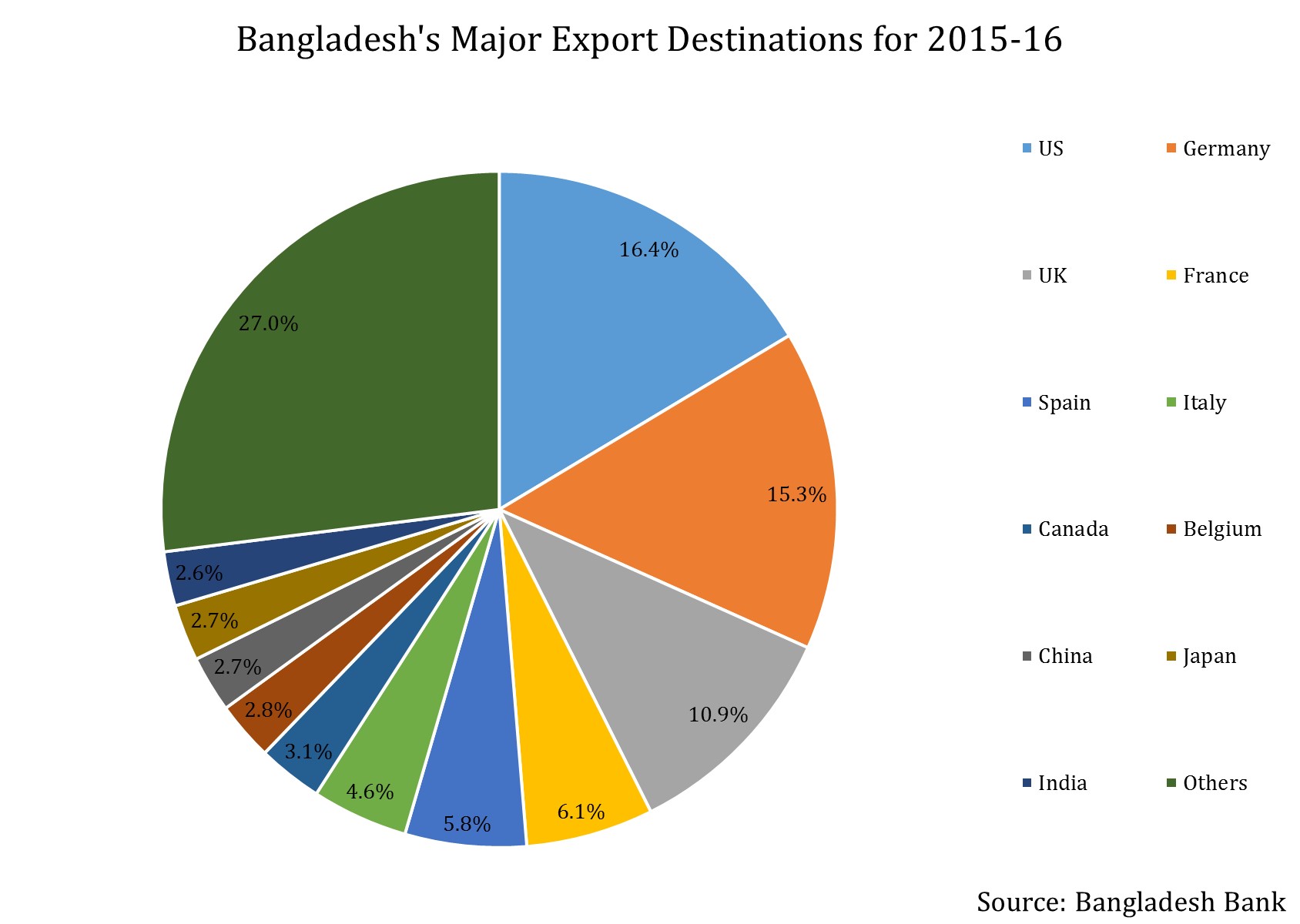 In the previous article of this series, we explored how Russia is providing help to Bangladesh in constructing its first nuclear power plant. But the cooperation in the energy and power sector does not end there.

According to a report by RIR (Russia & India Report), Russia’s Inter RAO-Engineering, a subsidiary of Inter RAO Group, signed a contract with the Bangladesh Power Development Board for overhauling the 210-megawatt Siddirganch power plant. This is the company’s second contract from the Board after 2014.

Also, Russia’s energy giant Gazprom (OGZPY), via Gazprom International, is investing in the exploration of gas in Bangladesh. The company has been operational in the country since 2012 and has built 15 wells in six fields across Bangladesh with more than 50,000 meters drilled. It intends to continue cooperating with Petrobangla for production drilling.

Cooperation in the telecom sector

In the telecom sector, Russia also has a noticeable presence.

According to a report by RIR (Russia & India Report), Russia’s GS Group launched Bangladesh’s first Direct-To-Home (DTH) service provider RealVU in 2016 in partnership with the country’s industrial conglomerate, Beximco Group. The GS Group has now exited the business after completing the investment cycle.

Meanwhile, the RIR report noted that according to Russian Embassy in Bangladesh, the Multinet Group has invested more than $100 million in the country.

With Bangladesh growing at a faster pace than ever in its history and intending to become an easier place to do business, Russian companies have found renewed interest in partnering with local companies in strategic sectors. This will provide experienced guidance to Bangladeshi companies while giving Russia a piece of potentially one of the fastest growing frontier markets in the world.