Russia not a large trading partner

The US, Germany and the UK were the top three export destinations for Bangladesh in fiscal year 2015-16. These three accounted for 42% of the country’s exports for the year.

Russia (RSX) is not a major trading partner of Bangladesh. According to Federal Customs Service of Russia, bilateral trade between Russia and Bangladesh was a little over $1.4 billion in 2016. The main items that Bangladesh exports to Russia include readymade garments, seafood, jute and jute products, tea, and leather. Meanwhile, Bangladesh imports cereals, machinery and mechanical equipment, metals, and minerals and fertilizers from Russia.

Though the trade relationship is small, Russia has historically been a strategic partner of Bangladesh in two sectors: energy and power, and telecom. These are the two areas which have seen renewed interest from Russia. 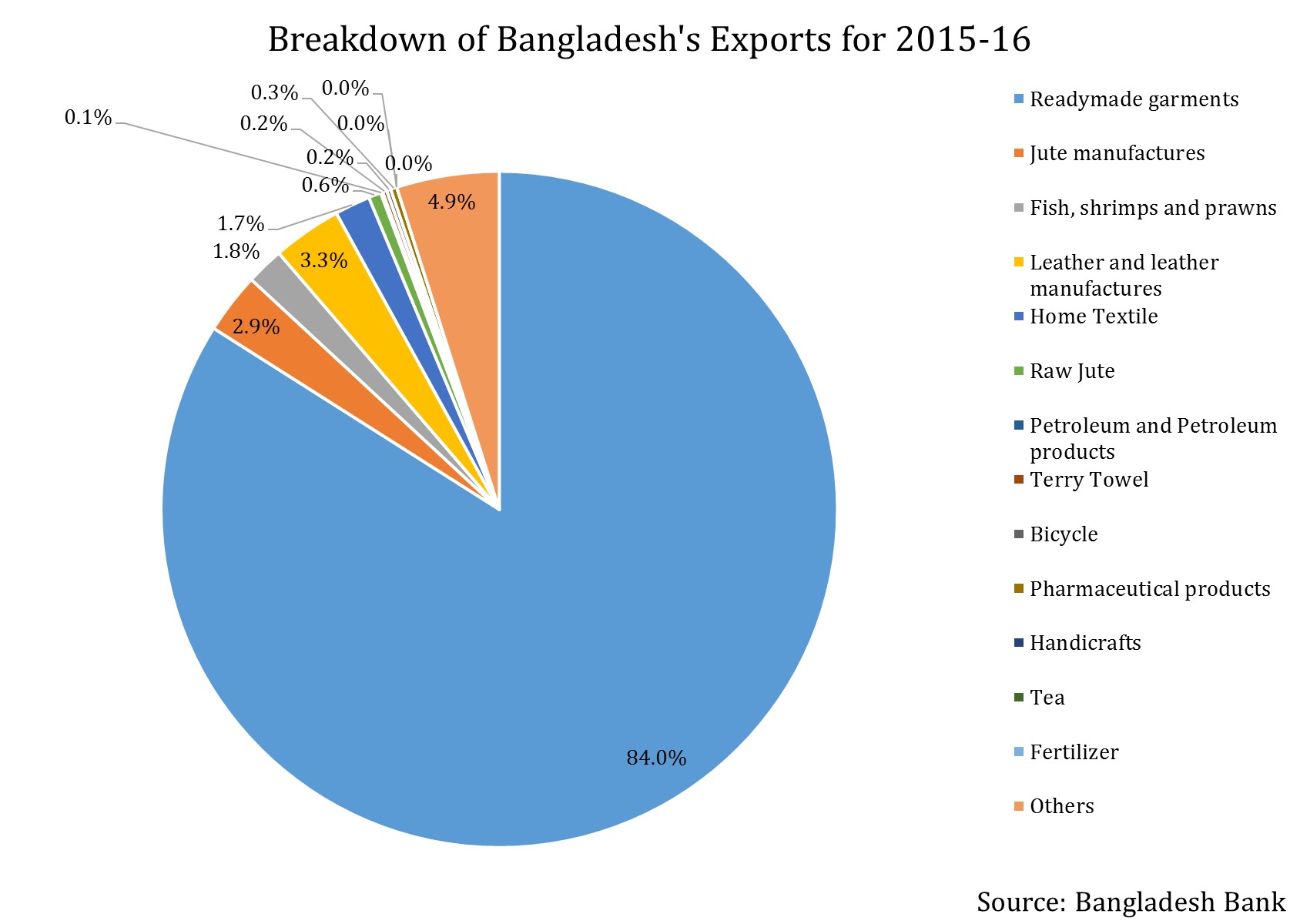 According to a report by RIR (Russia & India Report), a fifth of Bangladesh’s total electricity output is produced by two power plants which were built with Soviet assistance in the 1970s. These two plants are located in Ghorasal and Siddhirganj.

While conversing with RIR, State Minister of Foreign Affairs of Bangladesh, Mohammed Shahriar Alam, stated that “cooperation between Bangladesh and Russia is growing, especially in government-to-government sectors.”

He was also quoted as saying “we have undertaken the single largest project in the history of Bangladesh with the help of the Russian government where the funding is expected to reach $11 billion.” This loan will be used for constructing Bangladesh’s first nuclear plant at Rooppur. The first unit of the 2400-megawatt power plant is expected to be commissioned by 2022 with the second to follow suit in 2023.

The total cost of the project is expected to be $12.65 billion, 90% of which will be lent by Russian government.

On its part, Bangladesh has exempted the project of “all taxes and duties including import duty, VAT, regulatory duty, advanced VAT and supplementary duty on all imported goods, machinery and parts,” according to RIR.

In the next article, let’s look more closely at Russia’s cooperation with Bangladesh in developing the latter’s energy sector and also the support being provided in the telecom sector.