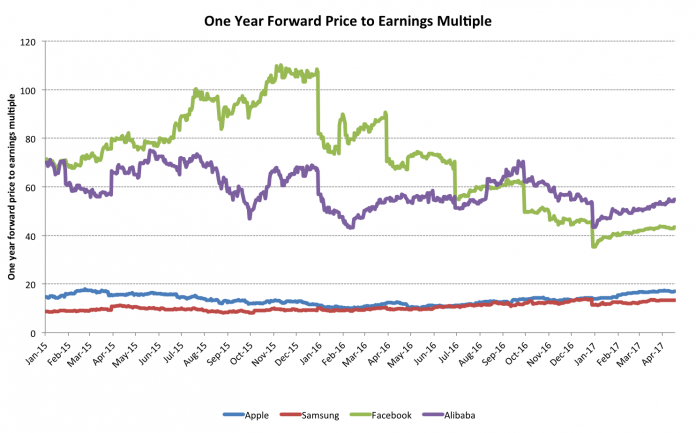 Tech stocks that have further upside

Valuations in the technology space are attractive presently as visible from their low one-year forward price to earning ratios coupled with rising price to earnings. Even though stock markets of the United States (SPY), India (INDA) China (FXI), and Indonesia (EIDO) have surged in the past year, investors believe valuations of technology stocks in these countries still have further potential. With analysts’ forecasts of rising e-commerce spending in the next five years, these stocks could see their valuations steepen. 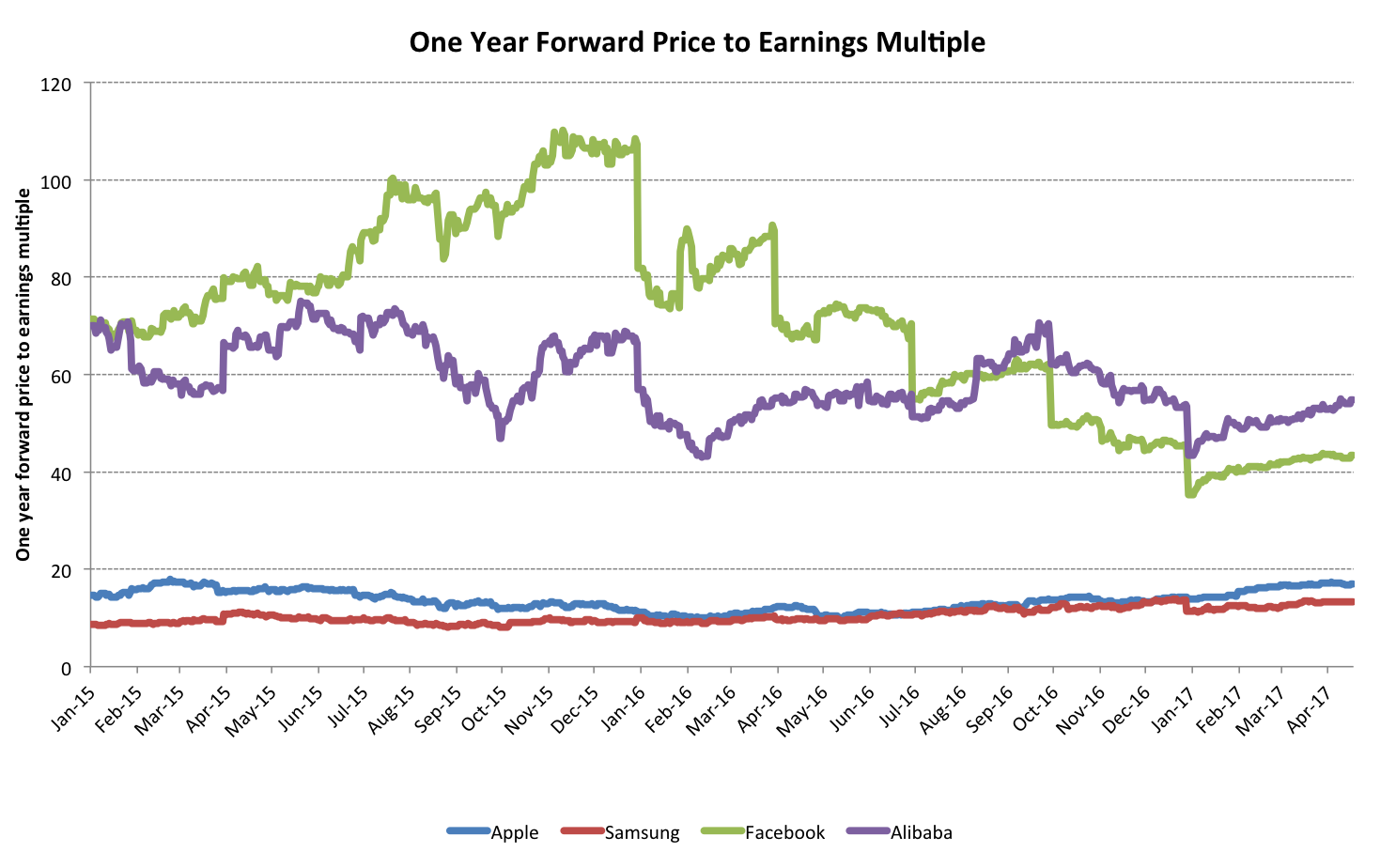 As visible in the chart above, companies such as Apple (AAPL) and Samsung (SSU) currently trade at low price to earning multiples. Since 2015, these stocks have generated healthy returns of 29% and 56% respectively. Meanwhile, e-commerce stocks such as Facebook (FB), Twitter (TWTR), and Alibaba (BABA) trade at expensive valuations. 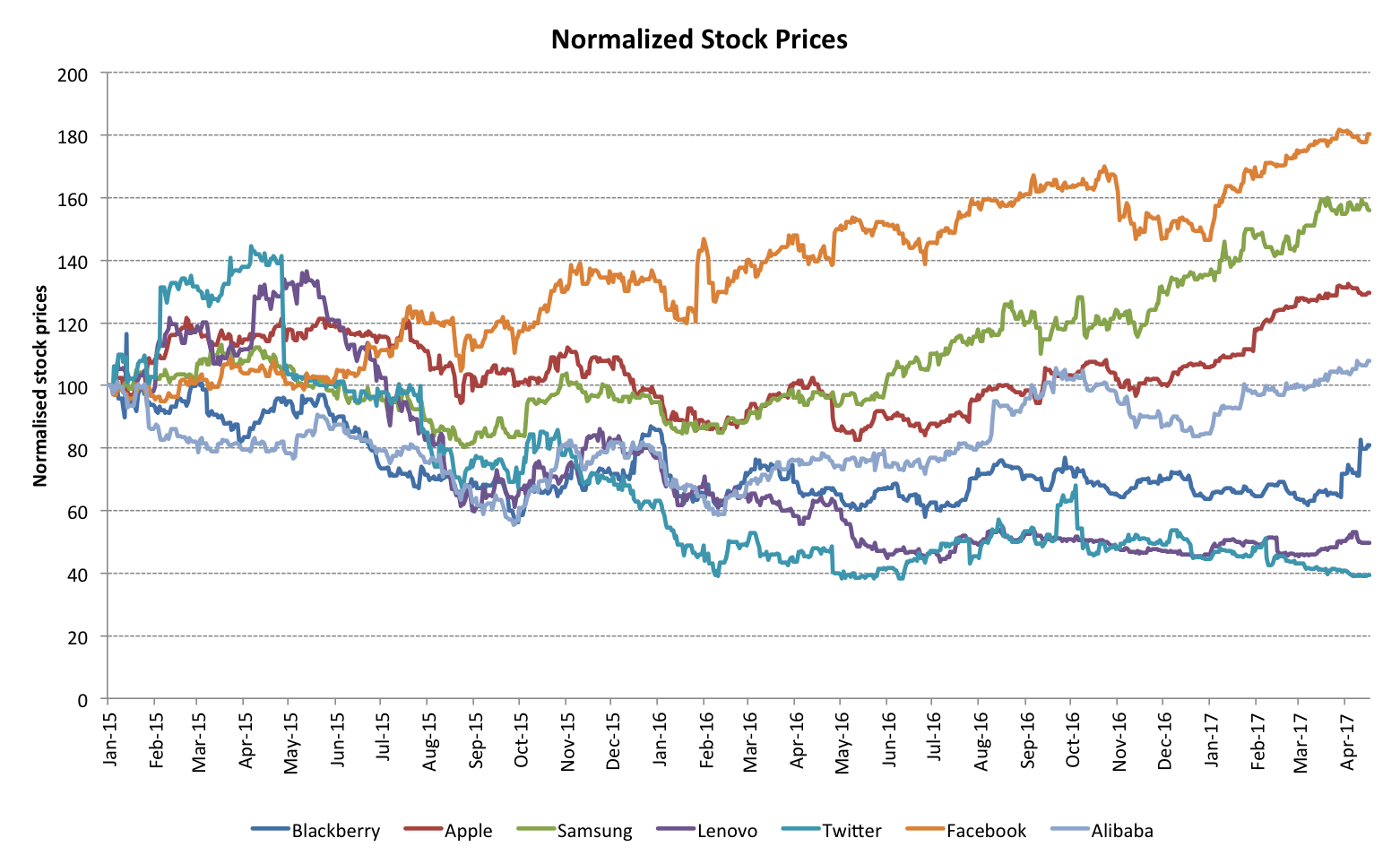 Growth in all of the above-listed stocks is a direct function of an increase in internet penetration. When demographics favor smartphone growth and rise in internet usage, revenues for these companies will grow, thereby leading to higher returns on the stock. However, market valuations for these successful companies are at levels which may not seem very attractive to new investors