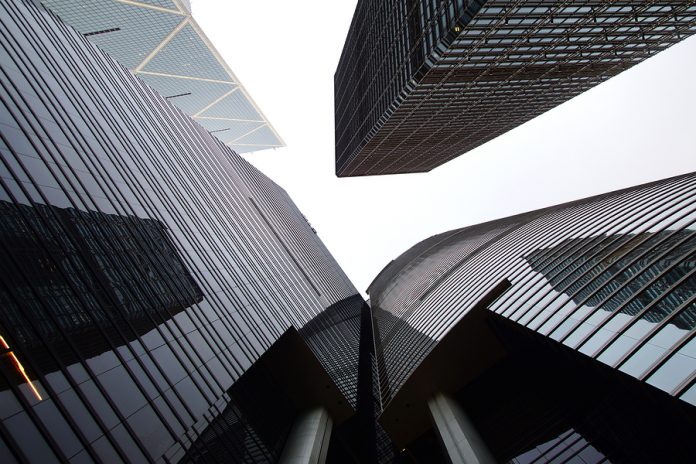 This is post 1 of 5 in the series “Investing In Chinese Banks? 1 Of Every 3 Banks Now Fails the LTD Stress Test”

The debt in the Chinese banking system is reaching alarming levels. Recently, we heard Kyle Bass CEO of Hayman Capital talking about the beginning of a credit bubble burst in China. He pointed to the sudden spikes that are now visible in the interbank lending rate as hard evidence in support of his belief. 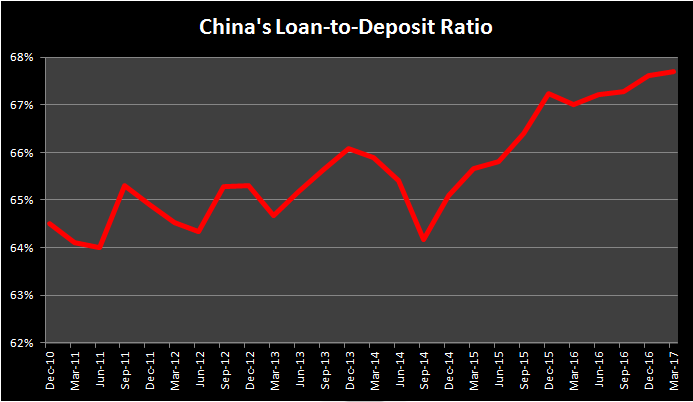 Jim Chanos, in an interview with Bloomberg during the SkyBridge Alternatives Conference, pointed to the loan-to-deposit ratio. The Chinese government’s previously mandated ceiling (1995- 2015) for the max loan-to-deposit ratio at banks has been 75%. However, this led to a rapid rise in shadow banking in China. Lenders, who have maxed out on their loan-to-deposit ratios, resorted to off-balance sheet financing such as wealth management products which are: a) riskier, and b) less transparent.

The loan-to-deposit ratio is a stress indicator for any bank, indicating the level of leverage it has taken on. As of March 2017, this ratio stood at 67.7% for China’s banking system, according to data released by the China Banking Regulatory Commission (or CBRC). Adjusted for off-balance sheet items, this ratio rose up to 80% as of June 2016, according to S&P Global Ratings. (We’ll look at specific bank and their stress levels as we move ahead in this series.)

Crackdown on financial risk in China

The surfacing of such risks led the authorities in China (FXI) (ASHR) (YINN) to actively engage (since April) in a regulatory crackdown on the financial risks inherent in China’s economic system. Among measures being adopted are a) requiring banks to augment risk controls, b) engaging in the deeper scrutiny of shadow financing, and c) conducting investigations on malfeasance among bureaucrats in the country.

This is post 1 of 5 in the series “Investing In Chinese Banks? 1 Of Every 3 Banks Now Fails the LTD Stress Test”