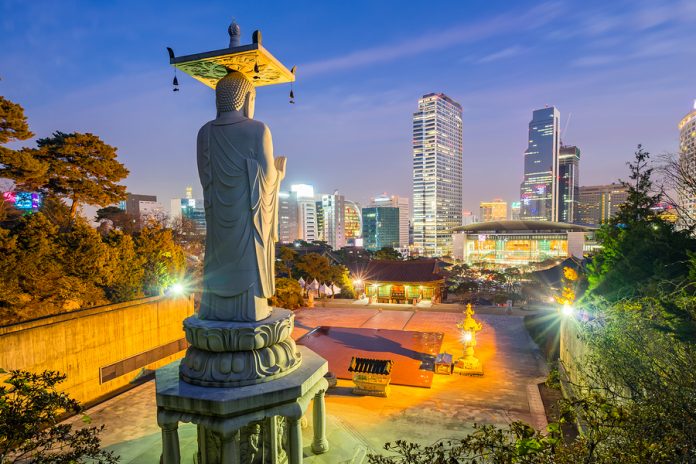 This is post 3 of 5 in the series “First Quarter Report Card: These Emerging Markets Have Fired in Q1 2017”

Even in face of political turmoil, Korean stocks have done quite well in Q1 2017 among emerging market equities.

In fact, The MSCI Korea Index was just a shade behind the India Index. While India returned 16.72% to emerge as the second best performing emerging market for the period, the Korea Index returned 16.66%. Apart from India, the Korea Index is the only one in this review which has gained in the three, five, and ten year periods. 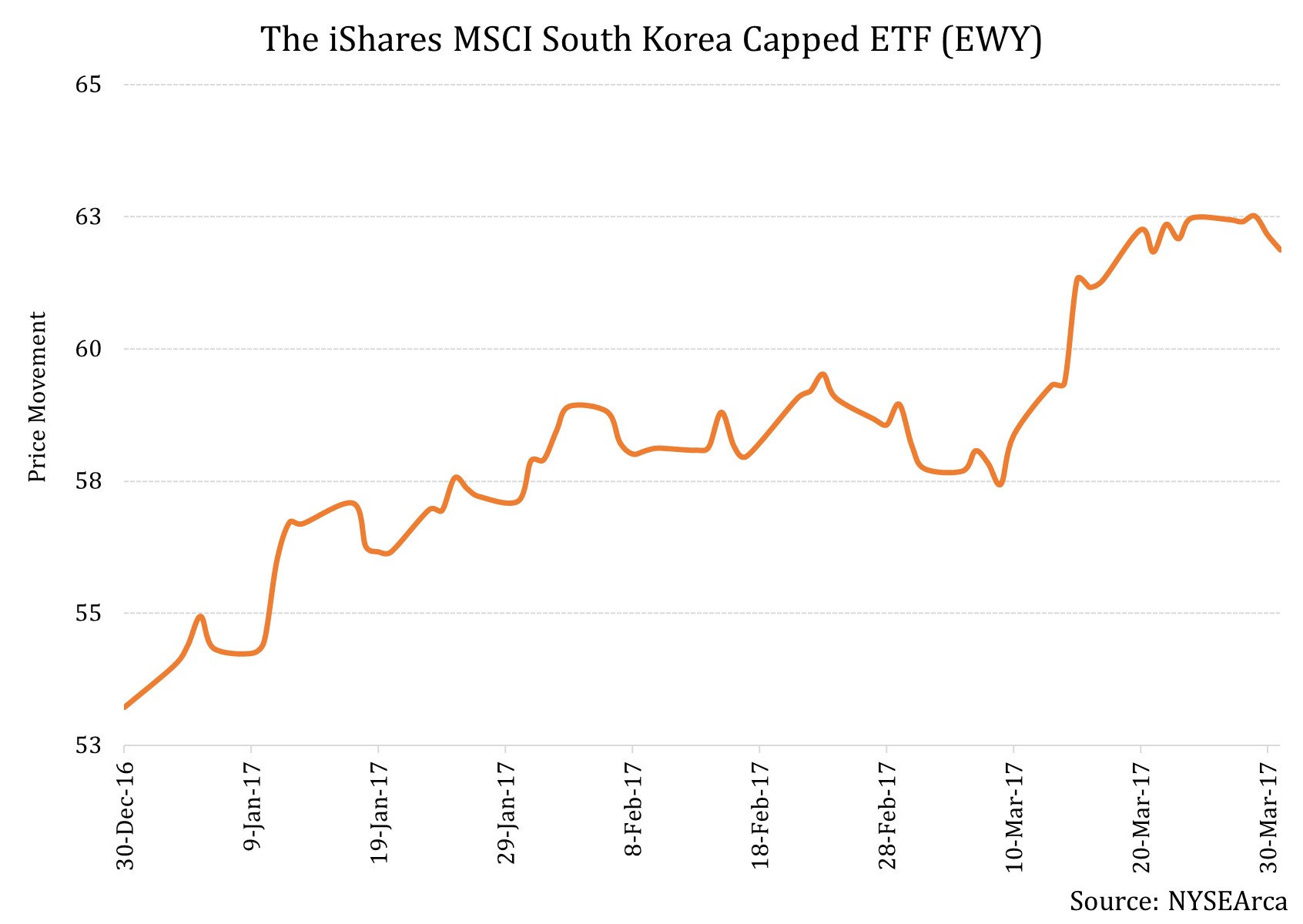 The impeachment of the first female president, Park Geun-hye, has worked wonders for Korean stocks. The primary reason driving the positive reaction from financial markets is hope that with a change in leadership, misuse of authority will cease and reforms will stand the nation in good stead.

The fact that the impeachment of Park Geun-hye was considered as ‘unprecedented’ by many was proof that democratic process in the country was strong and that people wanted politics to remain away from business. This was a positive sign for investors.

Going forward, any regulation or initiative disentangling the close relationship between politicians and business conglomerates, known as chaebols, would also be taken positively by investors.

According to Bloomberg data on net flows to ETFs investing in South Korea that are listed on US exchanges, we’ll see that in YTD 2017, there have been outflows to the tune of $18 million. Meanwhile, in one year until March 2017, these funds have seen sizable outflows of over $900 million. This indicates that some US investors have either missed the rally in South Korean stocks, or they have chosen not to participate via ETFs.

The iShares MSCI South Korea Capped ETF (EWY) and the iShares Currency Hedged MSCI South Korea ETF (HEWY) have seen outflows amounting to $9 million and $7.5 million respectively in YTD 2017. The AdvisorShares KIM Korea Equity ETF (KOR) has been the only ETF to attract inflows this year, though they stand at a paltry $586,000.

With a price-to-earnings ratio of 12.18, the EWY looks cheap. Going forward, the impending elections and their outcome will be important drivers for South Korean equities.

This is post 3 of 5 in the series “First Quarter Report Card: These Emerging Markets Have Fired in Q1 2017”