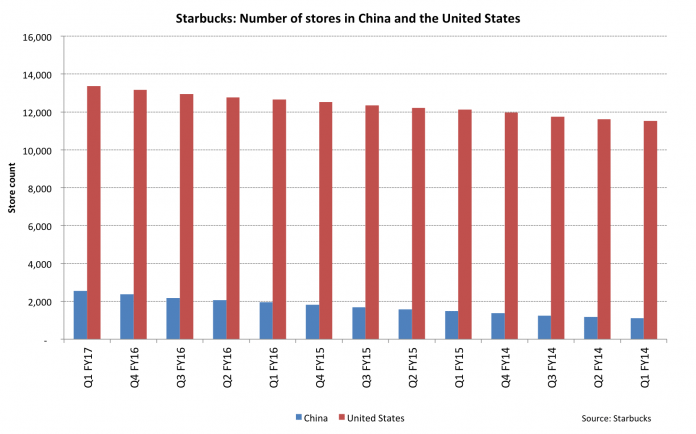 Starbucks to double stores in China by 2021

China (FXI) is Starbucks’ (SBUX) largest market outside of the United States (SPY) and the company expects it to overtake the US one day. “Not only will China one day be bigger than the U.S., but our business in China will demonstrate that we will be one of the…most significant winners in terms of a Western consumer brand,” Chairman and ex-CEO of Starbucks Howard Schultz said at the company’s investors day in December last year. In October 2016, the company announced plans to open 12,000 stores globally in the next five years. Of these, half will be in China and the US. 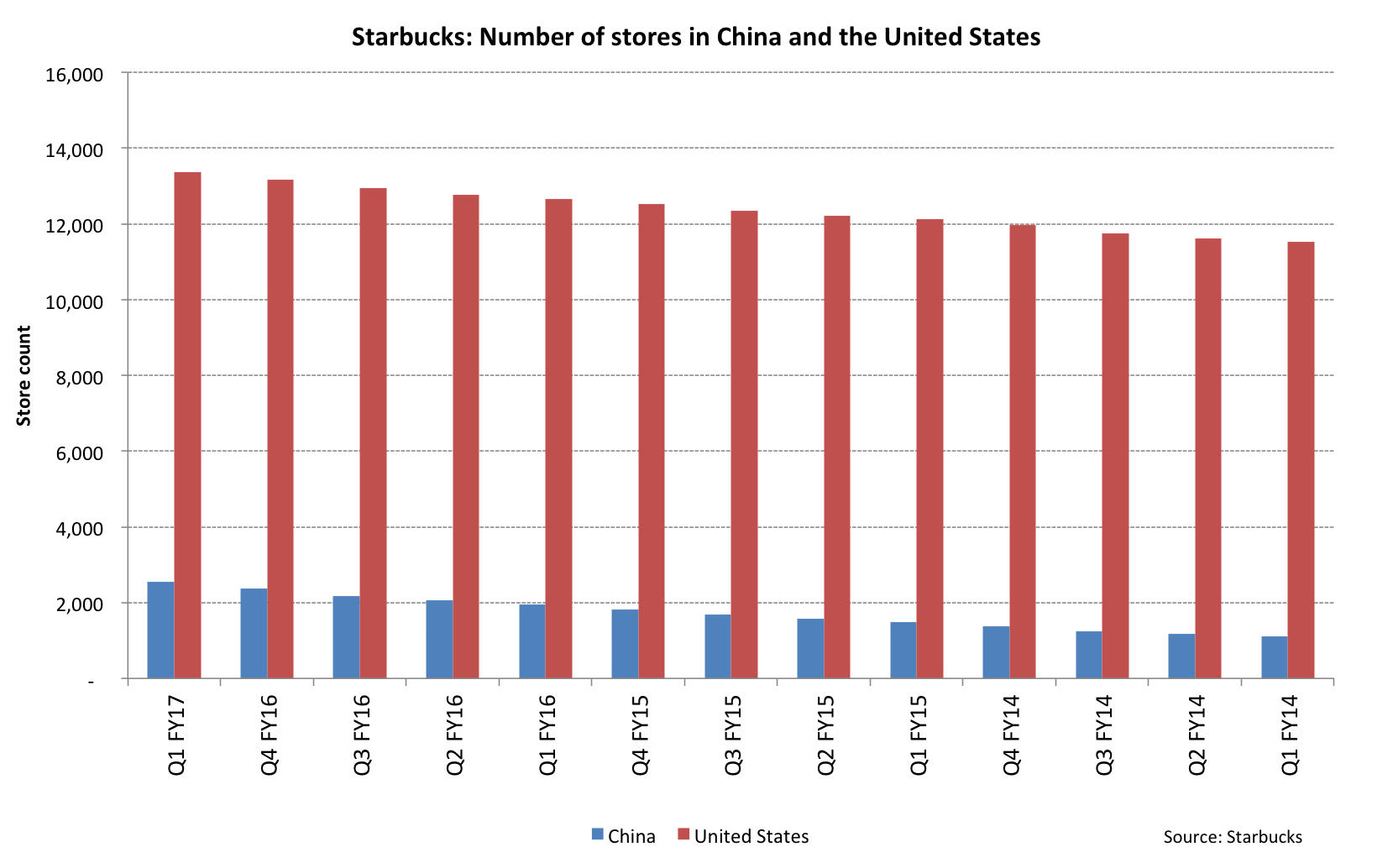 Starbucks plans double its number of stores in China by 2021

Within the next five years, the company plans to increase the number of stores in China to 5000 from the current 2,300. To achieve this goal, the company would add 10,000 new jobs in China and open 500 stores a year. Starbucks derives ~13% of its revenues from the Asia Pacific region. The company is expanding its footprint in a nation of traditional tea-drinkers where the growing middle class is slowly adopting a coffee culture.

Belinda Wong, head of Starbucks China said, “”This is the early chapter of our China growth right now. We have barely even scratched the surface.” She further stated, “There is plenty of space to infill in first and second tier cities where we have already opened – Beijing, Guangzhou, Shenzhen, Shanghai.”

In this series we will study Starbucks’ growth trajectory in China and why it sees opportunity in the country despite an economic slowdown. We will also cover the differentiating factors driving Starbucks’ success in China and compare its valuations and ratings to its rivals to understand whether the stock is attractive for investors.