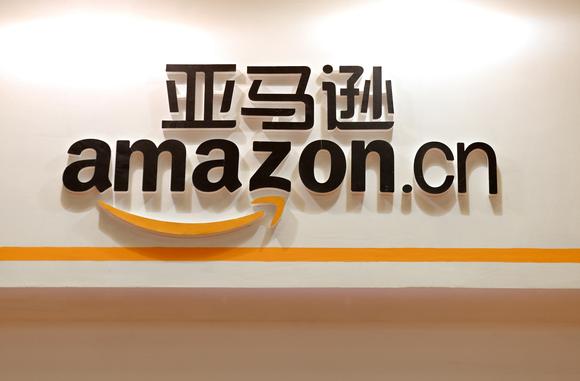 Chinese investments in the U.S. draw headlines and occasional handwringing about Beijing’s growing influence. It is true that Chinese investors have been throwing billions of dollars around. But conversely and far more quietly, U.S. investors have been buying businesses in China. The American acquirers often stay out of the headlines, shopping quietly without alerting competitors.

This does a lot to keep prices down and gives these U.S. buyers maximum negotiating leverage. Many of these China acquisitions stay secret long after they close.

Contrast this style with that of Chinese investors in the U.S. Many end up bidding against one another for the same assets. Overpaying is becoming a hallmark of Chinese purchases in the U.S.

Compared with the huge number of Chinese companies shopping for assets in the U.S., not nearly as many U.S. companies are sizing up deals and kicking tires in China. This stems partly from misunderstandings about what kinds of Chinese businesses can be targeted. Topping the list of sweeping generalizations: Chinese companies, especially private ones, have owners who rarely wish to sell. Those that do want to sell deeply troubled companies at high prices.

There is some truth to this armchair analysis. But there are good deals being done and good reasons to buy rather than build in China. China has huge and fast-growing markets in almost all industries except the smoke-stack ones. For buyers that can choose and execute well, the China market is proving lucrative ground for mergers and acquisitions. Only a select group of smart U.S. buyers know this.

The acquisition last year of a 65% stake in Wuxi Easyway, a Chinese 3-D printing sales and service company, by printer manufacturer 3D Systems is a prime example of the low-profile acquisitions being made by smart American buyers in China.

Another key aspect of the deal saw the founder of Easyway, a Western-educated Chinese, become CEO of the newly formed business 3D Systems China, making him king of a larger kingdom. This is a carrot frequently dangled by American companies to clinch deals.

3D Systems makes high-quality 3-D printers that sell at significantly higher prices than Chinese ones. Owning a Chinese business with established customer relationships locally will make it easier for 3D Systems to penetrate more deeply into what should become the world’s largest market for 3-D printers.

Prior to the acquisition, Easyway was not a major client or partner of 3D Systems. As integration moves forward, Easyway will likely expand its product offerings in China beyond the relatively commoditized business of producing 3-D prototypes. 3D Systems’ printers have broader capabilities, including the production of end-use parts and molds for making advanced tools and medical and surgical supplies.

Easyway can pursue a dual-track strategy of maintaining its comparatively low-end service business in China while adding two new sources of revenue: the sale of its parent’s 3-D printers in China and an enhanced service business using 3D Systems’ printers to produce higher-quality, more complex parts for Chinese customers.

3D Systems used a deal structure that often works well in China. It bought a majority of Easyway while leaving the founder with a 35% stake in an illiquid subsidiary of 3D Systems. 3D Systems has the option to buy out the rest of the shares within the next five years. But the option may never be exercised. 3D Systems now enjoys the benefits of holding corporate control, including financial consolidation, while keeping the previous owner aligned and incentivized to keep contributing to the growth of the business.

The deal isn’t without risks, of course. Without a previous corporate presence in China, 3D Systems does not have its own team to manage the integration of Easyway and monitor the business.

The acquisition fit well with Illinois Tool’s strategy of making tuck-in acquisitions in its core business segments. The company has a large food equipment business, with over $2 billion in annual revenue. Gold Pattern’s business was selling Western-style kitchen equipment to restaurants and hotels around China.

The deal has been a success for Illinois Tool, which now plans to make more such acquisitions in China. Buying Gold Pattern was part of a plan to increase sales and distribution of Illinois Tool brands in this fast-growing market. Gold Pattern’s own commercial kitchen equipment is lower priced and generally considered of lower-quality, but its sales channels are proving suitable for distributing Illinois Tool’s U.S. brands.

Illinois Tool expects that as China grows more affluent, demand among the middle class for European and American food will expand significantly, creating more opportunity to sell Western-style commercial kitchen equipment. More and more hotels in China are being equipped with Western kitchens.

Illinois Tool, which had been operating in China for 20 years before the acquisition, has significant experience buying and integrating businesses globally. It mitigated its risk in this deal by buying from a well-regarded international private equity fund. Gold Pattern’s accounting was already fully compliant with international standards and it had established corporate governance structures and a professional management team. Illinois Tool also knew from the outset that Gold Pattern had would have passed through forensic due diligence before Actis completed its original purchase.

In August 2004, Amazon.com bought 100% of Chinese e-commerce company Joyo for $75 million. At the time, e-commerce in China was in its infancy and Amazon was less than one-tenth its current size. The purchase of Joyo was a calculated gamble that China’s online shopping industry, despite huge impediments, would eventually achieve meaningful scale.

The gamble has paid off handsomely for Amazon. The e-commerce industry in China is now at least 50 times larger than in 2004, with revenues last year of over $700 billion. This figure is projected to double by 2020. Amazon is the only non-Chinese company with meaningful market share and revenues in this hot sector.

In 2012, Amazon spotted an opportunity to use its China-based business to establish a highly lucrative cross-border business facilitating direct export sales by Chinese manufacturers and individual traders on Amazon’s main U.S. and U.K. websites. This is a business that has so far frustrated Alibaba Group Holding.

Amazon knew that Chinese law forbade foreign companies from majority ownership of a domestic internet company. Amazon got around this by using an ownership structure for its China business called a “variable interest entity” which was also used by some Chinese e-commerce companies that later listed on the U.S. stock market.

The boards of many other large U.S. companies would blanch at approving an arrangement giving only indirect ownership and control that could easily be forfeited in case of Chinese regulatory action. But Amazon has shown itself time and again to be comfortable with making rather bold bets. Success in China often requires that mindset.

Of course, U.S. buyers have also slipped up. Three well-known Silicon Valley technology companies — Cirrus Logic, Netgear and Aruba Networks — tried and mainly failed to expand through M&A in China between 2007 and 2010.

All three followed a similar strategy: acquiring domestic Chinese technology companies whose founders studied and worked in tech in the U.S. and which possessed complementary proprietary intellectual property. But the results in China fell well short of expectations, with the acquired businesses in the Cirrus and Netgear cases vanishing into nothingness.

Over the last five years, virtually no such M&A deals in China have been announced by larger Silicon Valley companies. The strategy has shifted from acquiring companies for their intellectual property to targeting companies for their Chinese distribution and sales channels. This reflects the fact that indigenous innovation in China has not made much of a global impact and that intellectual property protection in China is still inadequate by U.S. standards.

Most successful U.S. acquisitions in China have been rooted in a different, more viable strategy: to buy one’s way directly or indirectly into China’s burgeoning consumer market.

Peter Fuhrman is the founder, chairman and CEO of China First Capital, an investment bank based in Shenzhen.